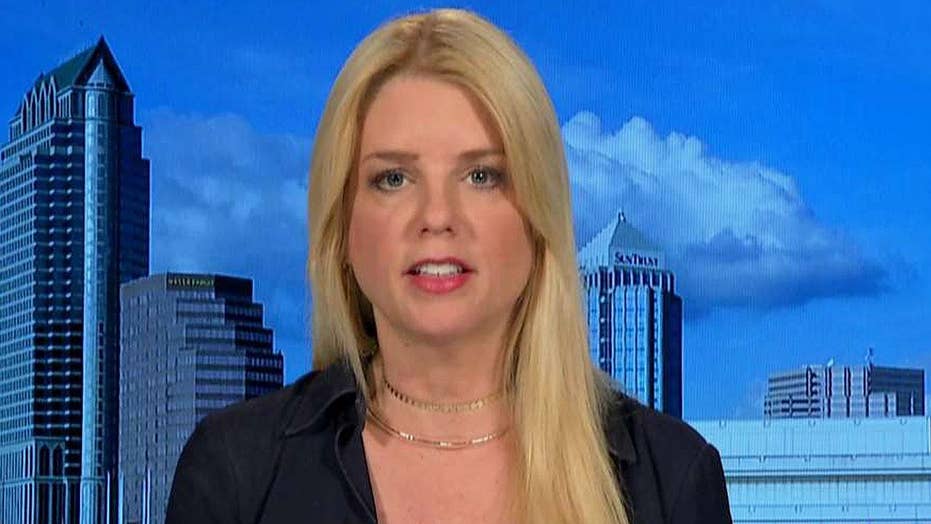 This is a rush transcript from "Your World," June 9, 2017. This copy may not be in its final form and may be updated.

NEIL CAVUTO, HOST: All right, let's get the read from this from a lawyer who knows a thing or two about this. In fact, she's the attorney general of the beautiful state of Florida, Pam Bondi.

All right, help me with, this. And you know the intricacies of the law far better than I.

But if the president is claiming what Comey said yesterday just isn't the case -- he didn't call him a liar -- he just said what -- that's not what I said -- it's really a battle of one person's word against the other, barring proof, right, barring a tape.

Why did he do that? To help the Clinton campaign. That's what that -- the head of the FBI -- you know what, Neil? And we always have to start off by saying -- you and I always say this. There are so many great men and women in the Federal Bureau of Investigation around this country.

Don't let this one bad man impact all of these great agents throughout our country and our world who are doing so much to help us.

But what he did was, he trying to protect the Clintons. We know that.

CAVUTO: Well, you might think that, Pam, but if he were, he would have a funny way of showing it. He repeated that conversation that Loretta Lynch preferred the whole e-mail thing be referred to as a matter, not an investigation.

If he was trying to cover for anyone, he certainly wouldn't have revealed that. And he wouldn't have said, as he did, that he was concerned about Bill Clinton meeting with the attorney general at the time on the tarmac on an airport.

Having said that, though, you -- there is no sort of a legal ground here for -- here unless you get proof of something. I know how you feel about the president vs. Mr. Comey.

CAVUTO: But, barring that, there's no way to advance this argument, short of evidence or tapes, right?

BONDI: Well, and, Neil, let me correct something I said.

You're -- I think you're right. He wasn't trying to protect the Obama administration and the Clintons as much as he was trying to protect Jim Comey. That's who he is all about. And we see that now by everything he said.

So, as far as the leaks, it's unbelievable that the day the head of our most -- other than the CIA, our most sensitive bureau really in the country, is fired, he has a friend, which is absurd, leak, leak, go hand to The New York Times, of all people, his memorandums that he took after his meetings with the president. That is unfathomable for me that any law enforcement officer would do that.

CAVUTO: Well, you know what he said, Pam. And you know the president very, very well.

Now, people can have very different recollections of the same event. And so the president can always come out that, I didn't say that. I don't remember saying that. I would never say it. I barely knew Mr. Comey.

But he did in fact request that private one-on-one dinner. So, a lot of people are saying, well, for a guy you barely knew, and you did insist on a private dinner, just the two of you in a room, it did raise eyebrows.

Your views of the president notwithstanding, did it raise yours?

BONDI: No, not at all, because he's the director of the FBI.

And let me tell you, if Jim Comey had a problem with President Trump, if he didn't believe him -- and my favorite part is when he said, well, I believed George Bush, I believed Barack Obama, so I never had to take notes with them.

Nor did he document anywhere what Loretta Lynch said to him to change investigation to matter.

CAVUTO: But having said that, help me with this other legal matter that Marc Kasowitz, the president's lawyer, filing a complaint on the leak itself and questioning, whether you're a former government official or not at that point, the memo you wrote, you wrote as of at the time a government official...

CAVUTO: ... furthermore, as the director of the FBI, and sharing that with reporters or leaking it to reporters through a friend, is still questionable.

Is there legal precedent for that? Because a lot of lawyers I talked to have said that it's an uphill battle, that a leak is a leak is a leak. He volunteered and publicly told everyone about it, that that was what he did and that it ends there. You say what?

BONDI: Well, you know, I think we're going to have to look at his basically employment contract with the FBI as to what he would keep confidential and what he would reveal.

So, I think there has to be an investigation. Am I ready to say he committed a crime? No, not until we look into all this.

But one other point, Neil, if Jim Comey had such a problem with President Trump, that he didn't trust him and had to take notes, and James Comey is above reproach, why didn't this man quit day one and say, I can't work for you, President Trump?

No. James Comey was all about James Comey. And that's what this entire testimony has shown and will continue to show.