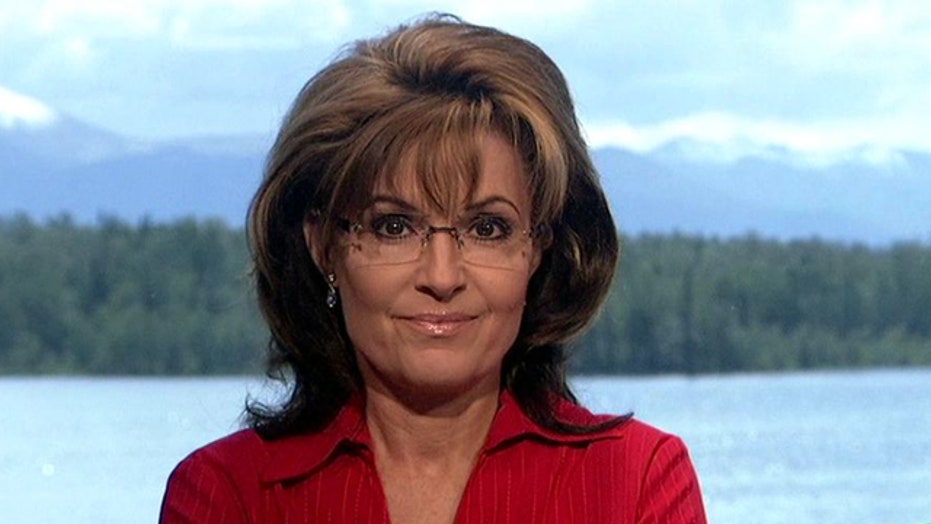 Former vice presidential candidate discusses the state of the GOP

This is a rush transcript from "Hannity," June 11, 2014. This copy may not be in its final form and may be updated.

SEAN HANNITY, HOST: So what does this mean for the Republican Party in 2014 and beyond? Here to tell us is -- former Alaska governor, Fox News contributor Sarah Palin is with us. Governor, welcome back. Good to see you. Thank you for being with us.

HANNITY: OK, your reaction to this. Why do you think this happened?  Because I think a lot of the people analyzing this have totally gotten it wrong. I want to hear your take.

PALIN: Yes, I think people are over-thinking this, and those who are absolutely shocked that this could ever happen must not have their thumb on the pulse of what many Americans are thinking, and that is the status quo has got to go. Those who have been kind of part of the problem, seeing these failed policies and a failed agenda that is really driving America's economy into the ditch -- well, there's an opportunity at the ballot box to make a change. That's what we saw last night.

And Dave Brat -- he ran a great campaign because it was very simple.  It was very in touch with the people whom he'll be representing, I believe, and getting through the general next. And Dave Brat -- he talked a lot about free enterprise and free markets and just the foundational principle about what makes an economy invigorated and vibrant. Dave spoke to the people about that, and those who are so shocked, they really under estimate the wisdom of the people.

HANNITY: Yes. Governor, I have on this program, on my radio program been praising the conservative governors -- Rick Perry and Bobby Jindal and Rick Scott and Kasich and Walker and Nikki Haley and Susana Martinez. All these people -- they've have taken deficits, they've turned them into surpluses, high unemployment rates, and they have reduced them significantly.

But I've been complaining about Washington Republicans because they seem timid. They seem weak. They're not articulating a vision. To me, this is bigger than the Republican Party versus the establishment. This is about all of them. There's no jobs. We have -- people are sick of the debt, the deficit, ObamaCare, the VA. They can't even put a website together -- open borders. You agree me? It's -- this is about all of these guys failing us, the people.

PALIN: Yes. It's the whole ball of wax. Throw in there also amnesty because the people realize that amnesty will decimate Main Street. You know, flooding foreign citizens into the country, competing for American jobs will flat-line our incomes and will create even more unemployment for American workers. So throw that one in there, too.

You make a great point, Sean, about governors and mayors, conservatives who serve in a more local office, because the most responsive and responsible level of government is that closest to the people, not this isolated, insulated bubble that our congressmen and those in the White House are a part of.

Sean, it's also the beauty of those having served in local office to understand how it works. President Obama, of course, absolutely nothing on his resume that bodes well for he being in touch with the people.

HANNITY: Governor, let me move on to -- Hillary Clinton was on NBC, her chief propaganda network, and claimed that the five released Gitmo prisoners, you know, the dream team of terrorists, are not a threat to the U.S. I want to play this for you, get your reaction.

HILLARY CLINTON, FMR. SECRETARY OF STATE: These five guys are not a threat to the United States. They are a threat to the safety and security of Afghanistan and Pakistan. It's up to those two countries to make the decision once and for all that these are threats to them.

So I think we may be kind of, you know, missing the bigger picture here. We want to get an American home. Whether they fell off the ship because they were drunk or they were pushed or they jumped, we try to rescue everybody.

HANNITY: Seriously? She doesn't think they're danger? Our own assessment was four of the five, 90 percent chance they go back in the battlefield! What's your reaction to that?

PALIN: And it's probably the one thing that Barack Obama has said that's been accurate lately, and that is, you know, he couldn't deny -- of course, there's possibility of they being a threat. And it's in their genes. It's in their DNA, these radical Muslims, these terrorists who would want to destroy America and our allies. They're not going to go back home and start playing tiddly-winks with the -- you know, the neighbor terrorists. No. They're out to do harm to America.

The comments there, though, not as bad, though, as one of the spokespersons for I believe it was the State Department the other day actually calling these five animals "gentlemen." You know, what the heck is wrong with these people in D.C., in that bubble that is just so out of touch with reality?

All right, let me go to Hillary's book, which has made a lot of news this week. I'm going to fight it out with Carville and Lanny Davis later in the show. Wish you could join me for that. But she details the Obama campaign's request that Hillary go out and beat up on you. I want to play that for you.

CLINTON: The Obama campaign suspected that her nomination was a blatant attempt to scuttle their hope of welcoming the woman who had vigorously supported me. They immediately issued a dismissive statement and reached out to me in the hopes I would follow suit. But I wouldn't. I was not going to attack Palin just for being a woman appealing for support from other women. I didn't think that made political sense, and it didn't feel right. So I said no, telling them there'd be plenty of time for criticism. A few hours later, the Obama campaign reversed itself and congratulated Governor Palin.

PALIN: Well, team Obama has such disrespect for women. It's kind of cool to see proof there that they are the ones that took the first shot in the so-called war on women. It certainly wasn't the GOP. And then from there, of course, Obama's administration, the agenda that is trying to make women feel less than adequate so that they would be dependent upon Big Brother government to provide for them, trying to make women feel like they're just not worthy, not capable of taking care of themselves.

That's the complete opposite of the planks in the Republican platform that believes in competition, regardless of gender, hard work, and reward for your work ethic.

HANNITY: All right, Governor, great to see you. Thanks for being on with us tonight. By the way, not a bad view in the back of the house.  Appreciate you being here.