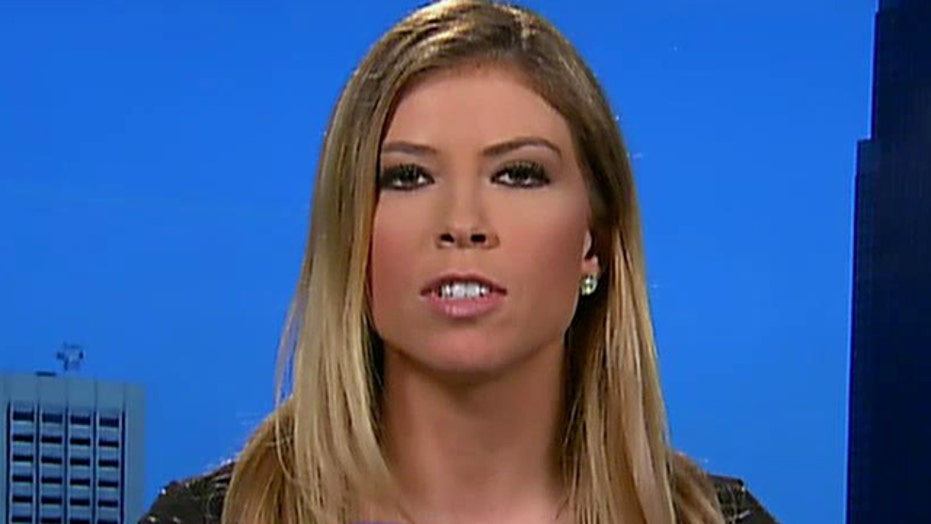 Micromanaging hampering US mission on ISIS

This is a rush transcript from "On the Record," May 28, 2015. This copy may not be in its final form and may be updated.

GRETA VAN SUSTEREN, FOX NEWS HOST: Reports that our pilots in Iraq are fighting ISIS, claiming their hands are tied behind the Pentagon's micromanaging.

Former Army helicopter pilot and combat veteran from the wars in Iraq and Afghanistan, Amber Smith, joins us. Good evening.

VAN SUSTEREN: So, tell me, what is this complaint that these pilots have about the micromanaging by the Pentagon?

SMITH: Well, it's the result of an extremely restrictive rules of engagement. So basically when these pilots find a target, they find ISIS, they have a clear target, they have positive target I.D., basically every procedure is in place, they then -- instead of being able to pull the trigger when they meet all of the criteria, they then have to call up their commander, their boss, so to speak, who then has to call up their was, who then calls up their boss, and so on and so on. It is so micromanaged that these very time-sensitive targets, by the time they get back to them with any sort of an answer, the opportunity is lost.

VAN SUSTEREN: You were a combat helicopter pilot for eight years in Iraq and Afghanistan. What were your terms in terms of -- how was it different from when you piloting a helicopter in combat and the rules now?

SMITH: Well, I served in combat in Iraq and Afghanistan under the Bush administration, so I have never had to serve in combat under the Obama rules of engagement. But, for us, it was very cut and dry. You have to make split-second decisions that have life-and-death consequences. The last thing you need to be thinking about before pulling that trigger is legalities and political correctness. You need to make sure you are with the ROE, which includes a positive target identification, hostile intent or hostile action, and then you need to ensure that all friendlies are clear of your weapon systems, and then you are the final approval for that weapon release authority. And so we were very effective at accomplishing our mission that way. We felt as though our chain of command trusted us back then to make those decisions. That's what our job is to do.

SMITH: We flew significantly lower than any of these fighter jets are flying. So, we can basically find our own PID, or positive identification of the enemy. So we have that in a helicopter, where in a fighter aircraft, you might not. And that's why you need JTACs, the joint terminal attack controllers, and forward air controllers on the ground with Special Operation forces so they can call those fighter jets and get that positive target identification for them so they can minimize collateral damage and ensure rounds on target essentially. You know, it's a little bit -- there are the optics and the equipment available in these fighter jets but it makes that much safer on both ends, on the pilot end and the ground guy having that effective air-to-ground communication.

VAN SUSTEREN: All right. Do you have any information how long it takes now to get permission to hit a target and maybe compare it to when you were flying helicopters?

SMITH: When -- back when I was flying helicopters, it was -- you know, things happened very, very quickly. And you don't have time to sit and wait. The opportunity is lost. And now from people that I have talked to, it is not a preplanned target. I talked to an F-18 pilot today. If it is not a pre-planned target in that it is has been in the works going after whatever target it might be, it can definitely take over that hour that we have been hearing about, which is lost. If they find a target of opportunity and they go through all of those procedures and they're cleared to fire from everything that's going on in the cockpit, and then they need a decision outside the cockpit? I mean, why are we attempting to fight in a war where our pilot's hands are tied behind their back and they can't do their job?

VAN SUSTEREN: Thank you very much. And, of course, thank you for your service. Thank you.