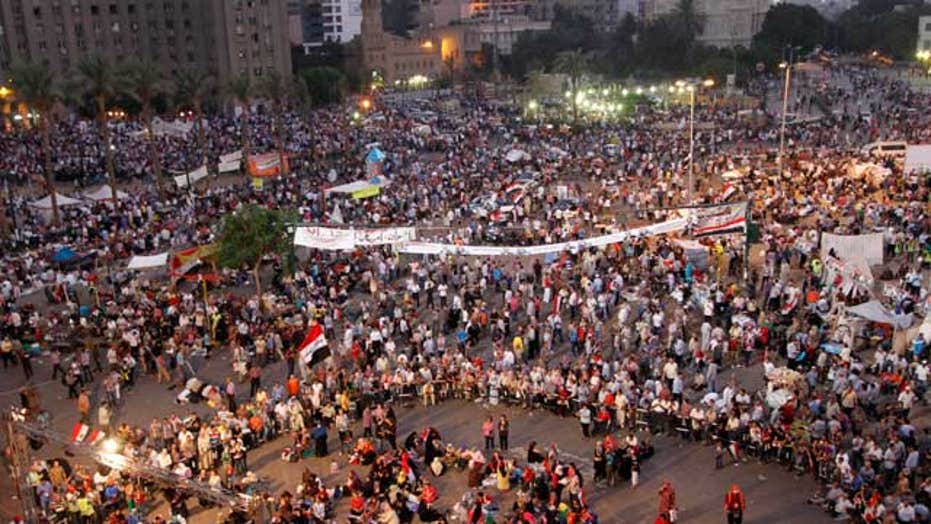 Pain in the gas for American drivers?

John Layfield: It's certainly going to get a lot worse before it gets better. When there were only four people on the earth according to genesis in the Middle East, one killed another one. The Middle East has been screwed up ever since. Here at home we're doing nothing to help. The left hates fossil fuels. The right thinks all we need to drill. We have no policy. We are screwing up our own system and costing our systems jobs because we don't have a national energy policy.

Steven Murphy: There's pain at the pump like every summer. Most of this panel worships the guiding hand. That's what causes the prices to go up in the summer. Of course we need energy independence, but this is just simple supply and demand.

Gary B. Smith: Well, I'm going to be going to the church of the guiding hand on Sunday to celebrate. I think Steve has it partly right. We normally do see more demand and, of course, if you believe in supply and demand that does drive prices higher. As John mentioned, our lack of energy policy - its not so much a lack of energy policy, it's the lack we want to do the things that are so obvious like the pipeline, like drilling Anwar, thing that's have proven to have minimal if no environmental impact that could increase our oil supply. Yet we want to tie our own hands. That's what's causing these prices to jump up. We don't see any move toward getting those lower prices by doing the smart things.

Tracy Byrnes: Brenda, you and I both know wages aren't going up so gas prices, even if they inch up a little bit, are going to take a bigger chunk of change out of your pocket. I disagree its typical supply and demand. Global demand is going to continue way more than supply, if we're not going to do the right thing in the United States. The oil is there. Why can't we go get it? It's the uncertainty in this market. We follow it every day. One little blip can send gases prices moving because of the uncertainty, to John's point, there's no plan. Nobody knows the future.

Jonas Max Ferris: It doesn't deal with the issue that we're already doing basically all we can to keep our gas pump prices as low as we can. So they might go higher with the global disruption like in Egypt, but the proof of this is there is no country with cheaper gas prices that isn't an OPEC nation, that isn't America. Moreover, compared to our reserves which are a tenth of Saudi Arabia's, we're about to produce more than Saudi Arabia. There's no country that produces more oil compared to their reserves than America. The other countries produce less oil and they have more to produce. So we're doing a good job, people.

Gary B. Smith: In this case I've always been kind of opposed to unions because they're kind of self-centered and always focused on themselves. But that is the American way. And in this case they do have it right for one reason. They just want to keep the plans they have, however ludicrous and idiotic and gold-plated they are. That's their choice. But with Obamacare you can't do that. You don't have a choice. The President clearly said you'll be able to keep your health plans. The unions say, wait a second; we can't keep our health plans. In this case, they have it right.

Jonas Max Ferris: These plans are Cadillac plans. They had to get caught. I was looking at the white paper by the union about what their grief's are, and they don't like that lower employees are going to have to basically go into crummier health care. We need a race to the bottom from the high end of health care. This is one of the good effects. I'm anti-union and pro-Obama.

Tracy Byrnes: Obamacare is wrong on so many levels, and even the unions now get that. The state exchanges are not going to work. They pushed off the employer mandate. Is there still an individual mandate? Nobody knows. Even Pelosi herself says we have to read the darn thing. Nobody knows what its about and it's confusing everyone, even his most loyal followers.

John Layfield: This was sold as this is going to be free insurance, everybody is going to happy, we're all going to sit around and sing kumbaya. You'll be able to keep your existing insurance. Surprise, surprise, those are wrong. This was passed in a completely partisan manner just to get it done and you're starting to see the ramifications of it. It's created such ill will. No health care will be done. 24 of 50 states have opted out of the Medicaid because they simply cannot afford it. This thing is an absolute disaster.

Tracy Byrnes: You know you can't force a kid to eat anything if he doesn't want to do it without bribing him with cash on the side. Look, the portions are so small; the defensive line on the high school football team is going hungry. It became a total waste of money and time. It isn't the way to get our kids to eat better. Maybe we should tell the people on food stamps to force them to buy healthier food for kids. School lunches aren't the way to do it.

Steve Murphy: We need it or we'll go bankrupt in the not too distant future. A third of all Medicare costs are projected to be from obesity, largely preventable and caused by childhood obesity. A third of the cost will be from diabetes, which is largely preventable, it's from obesity. We have the second highest level of childhood obesity in the world. A good nanny is hard to find. Schools are a good way to start.

John Layfield: Diabetes is a problem. We have the fattest, laziest kids in the world right here in America. The problem that we have is not going to be solved by trying to feed them vegetables. It just simply isn't going to work. Look, educate them on diabetes. Educate them on obesity. Ban sodas and candy from the school. But you can't try to make them eat vegetables. I hate vegetables and I'm a fairly healthy person.

Jonas Max Ferris: I think most doctors would be for this food plan. The kids don't like it, well, the kids don't like math. We won't take away math because they don't like it. It's public school. They're going on a free ride. They should have to eat what they don't want. And the bottom line is, it's healthier and we're paying for it. It's not the nanny state like when the New York mayor says, "You can't serve soda this big". This is tax-funded food. We get to call the shots with the food.