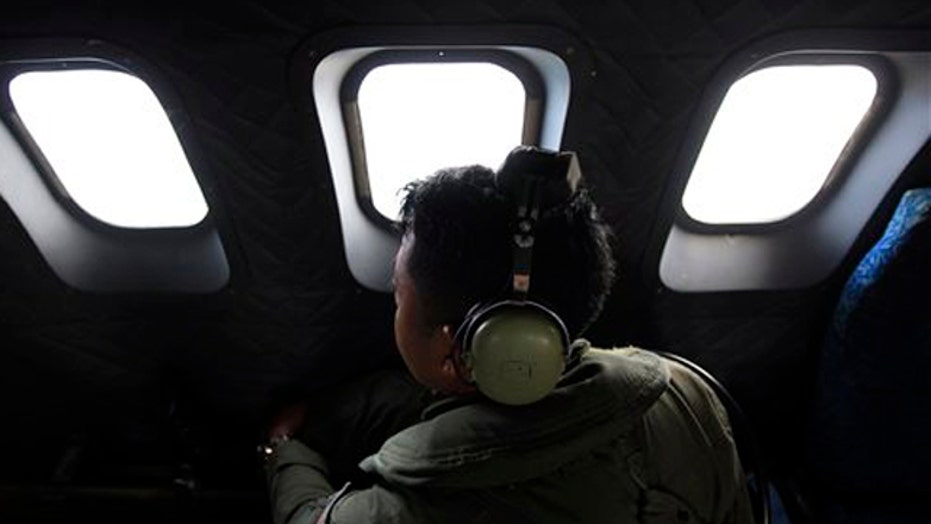 NYT: Someone with expertise programmed U-turn on Flight 370

This is a rush transcriptU-turn from "The Kelly File," March 17, 2014. This copy may not be in its final form and may be updated.

MEGYN KELLY, HOST: There is breaking news now, big news from The New York Times, moments ago a story posted with new evidence that this plane appeared to have been diverted intentionally, that U-turn, and was not flying off on auto pilot, at least not at that u-turn point after some mechanical problem.

Back with us now, New York Times reporter Michael Schmidt, he broke this report. Way to hold it right until the C Block, Michael.

All right. Let's get down to brass-tacks, what's the headline here? That what, U-turn you're now saying, had to have been done by a pilot, by a person making a decision

MICHAEL SCHMIDT, NEW YORK TIMES REPORTER: Well, it is a little difficult to explain, so let's take it slowly. Basically the first turn that this plane took off of its path was done by a computer system on the plane. It was not done manually by a pilot.

SCHMIDT: Now, that computer system can only do that if someone on the plane or someone shortly before the plane took off programed that into the plane. So that means that whoever did this had to have known what they were doing with the plane. This is not just someone on the plane who grabbed control of it and took it in one direction. Whoever was on that plane that caused this to happen had to have programmed it into the plane, or it could have been programmed in before it ever took off.

KELLY: So there is no question in your mind, according to your reporting, that the U-turn was deliberate. That this was no accident. It was not some catastrophic event that somehow led the plane to turn. Someone made a decision to turn that aircraft.

SCHMIDT: Look, it is all very early. So you know, this is what we know right now, and it could change as we have learned more. But basically what this shows is that whoever moved this plane and why it did this turn was because the plane did it itself, but the plane only could have done it if someone had re-programmed it. And this information was relayed back to the ground before everything was turned off.

I want to bring back our panel now. John, as an NTSB investigator, let me start with you, Les, I want to get to you in a minute. What does that tell you?

JOHN GOGLIA, FORMER NTSB BOARD MEMBER: Well, you have to explore every piece of that. Every single piece of it. How it got in there. Was it programmed from the ground, if you can? What that data stream that they're talking about said, there is probably more information on it. And I was going to say this a little bit earlier, that one voice communications, where we have good night, if there was a pause in it like we talk about a little early --

KELLY: There was "Alright, good night."

GOGLIA: Right. The voice people are going to do all the sound spectrum analysis on that blank piece and see if they can hear switches. I mean, it's amazing what the folks can pull off of those voice recorders. So, there is a lot of work going on.

KELLY: If they get them.

GOGLIA: No, off the tape.

KELLY: Oh, off the tape at air traffic control. Right, that they can hear themselves. What do you make of The New York Times reporting on this?

LES ABEND, AIRLINE PILOT: Assuming this is accurate, of course.

ABEND: I still go with my theory because they're talking about so many key strokes, OK, so let's say it is x, y, z, waypoint. It could be anywhere --

KELLY: Let me just interrupt you. Forgive me because I'd like to keep it simple. As a pilot, if you wanted to make a U-turn, would you just turn a wheel normally or would you program in such a way --

ABEND: Under this situation I would be on auto pilot so I would do exactly that.

KELLY: OK. So, to program it into the little computer pad that's next to you, that's basically just telling the auto pilot what you need to do.

KELLY: And what he seems to be reporting is only an experienced pilot who understood the 777 could do that.

KELLY: You agree with that?

ABEND: I agree, but I'm going somewhere with this.

ABEND: This could have been a diversion way point that they put in because --

KELLY: Waypoint is basically a destination?

ABEND: Waypoint is an imaginary point in the sky.

ABEND: OK, which is on a route. But they may have been putting in a diversion way point and trying to go direct to it while they were dealing with a problem.

KELLY: And so what you're saying is, catastrophe strikes, they realize something is wrong. They realize they need to get off of their route, which at this point it happens, I think they're over the ocean.

KELLY: So, they may have been the pilot saying something is wrong, let's turn back and get back to land.

GOGLIA: Les, if you had a catastrophic event occurring, would you not turn the aircraft -- used in the control wheel rather than taking the time to punch in a waypoint that you may not know by heart?

ABEND: It depends upon the situation here, John, you know, if it is serious enough, yes, I would grab control the airplane, but we don't know what they were facing at the time.

KELLY: And they're also saying though that the way points that were ultimately punched into this plane were ones that would keep it off of the radar and undetectable by certain monitors. I mean, is that possible? Nefarious waypoints typed in?

ABEND: Well, if you go with the theory that it was put in prior to departure, then the two of the pilots had to have been in collusion, because you're always as part of the pre-light procedure, as John well knows, you go through the entire root and verify every waypoint along it. So, if there's a root or waypoint in there that doesn't look correct, one of those two pilots would go, let's delete that.