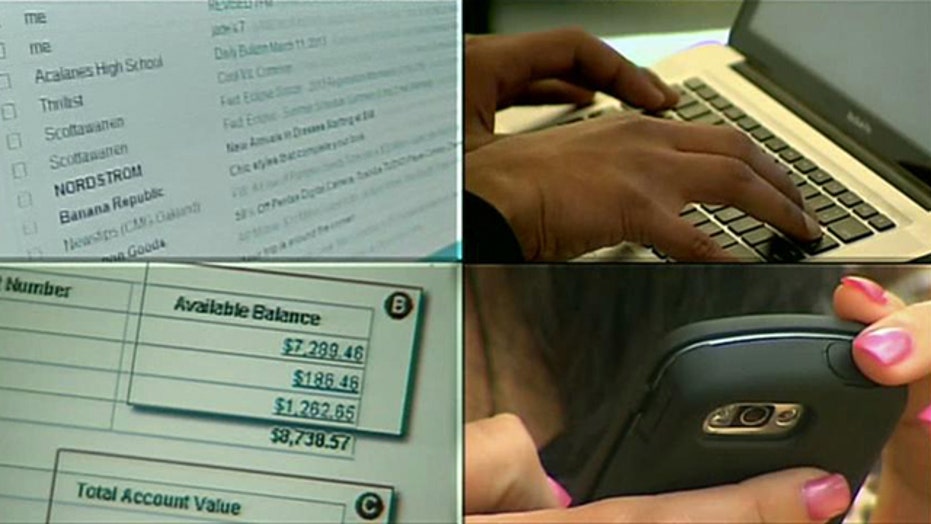 GARY B. SMITH: I'm going to call this the NSA tax. The e-commerce segment of our GDP is about $269 billion. It's growing the fastest of any retail segment that we have out there. In fact, it's probably supplied the bulk of the jobs and growth and innovation in the retail sector. If people, now, are afraid to go online, and they are, then this is only going to exacerbate it. If that industry starts to shrink, the economy is really going to suffer.

JONAS MAX FERRIS: I don't think it's going to change shopping behavior. At the end of the day, if you can save three percent on something and go through an unsecure Internet connection versus getting off your butt and going to the store, you're going to take that deal. That said, there are other parts of the Internet which could be burdened by overreach of the government looking out for our security. If you stop sending e-mails because you think they are being watched, or you start making phone calls or using faxes because of security issues with e-mail, it slows down productivity. There are errors on it, it's blurry, someone has to call me; it creates needless use of labor. So you can slow down the efficiency we get from the e-mail by leading to a state of paranoia where you think everything is insecure because some NSA agent is redirecting traffic into their supercomputer sites somewhere.

TOBIN SMITH: The big issue is that 90 percent of all the customers of Facebook or AOL or Google are outside the United States, particularly in Europe. They have a whole different idea of what personal privacy is, and their idea is a lot more privacy than the United States. Look at the business growth of those companies; remember, every dollar that they create over in Germany creates two or three dollars of income over here because of management, because of data centers, etc. So, I think the biggest issue here is that the Internet businesses, which are one of the fastest-growing and highest-paying jobs in the country, are really a threat outside the United States much more than inside the United States.

SUSAN OCHS: We have lost a lot of the purchasing privacy around purchasing data already, and people are comfortable with that. If Jonas buys a dog toy on the Internet, then he's seeing ads for kibble pop up. And that's because they're combing through your purchasing data, and they're suggesting ads to you. So we've already gotten comfortable, at some level, with losing that privacy. But when you think about encryption, I think that there could be a really good, strong boom in the encryption services on e-mail, web services. There are a lot of companies out there already who are starting to do this, and this is what American ingenuity looks like. We see a problem, and we find ways to fix it.

JOHN LAYFIELD: Facebook had a lot of problems in 2007 with Beacon that was sharing users' data with advertisers so that they could better target certain users. That really hurt them for a time. They got over that. Cloud-based computing in the United States, you're going to have a fallback. You're already having some of that from corporations overseas and governments overseas. But Facebook wasn't going to get into China anyway. This is like saying the phone companies are going to die because there was wire-tapping in Watergate. It didn't happen then, and people realize our government has been snooping since they first had horses and tin with a string tied between it. This is nothing new, and I think people realize that.

JOHN LAYFIELD: Unions are dying, and that's the reason for this. They were 40 percent of the public work force about 30 years ago; they're now at 6.6 percent. There were 7.3 million people, according to the BLS, in unions at the end of 2012. You're talking about adding 10 to 12 million people who come from countries where unions are prevalent, who are potential union members. This is 100 percent political. There's no other way to spin this. This is a matter of survival for these unions.

SUSAN OCHS: This is absolutely about growing the economy. If you look at who else was there at that press conference and at that White House event, it was the head of the U.S. Chamber of Commerce, Tom Donohue. If you look at who's been supporting immigration reform, it's all the high-tech companies. Businesses are crying out for this reform. They want it because they know it's going to help them. It's going to help the economy.

TOBIN SMITH: The high-tech industry is talking about high-tech-job-qualified immigration-H-1B visas, where people have high levels of skills. We need them desperately for our economy. That's not what the union's talking about. The union has a product to sell, and that product is the promise, the illusion that they're going to help working-class people get higher wages and more jobs. So, they now have a whole new group to sell that product to. Unfortunately, the product doesn't work. Yeah, they're looking at a chance for new opportunity, a new market, but the fact of the matter is that it's not going to work any better for them than the 23 million people who dropped out of unions in the last 30 years.

JONAS MAX FERRIS: The economy also needs unskilled tech workers that are immigrants. If you saw what happened to food prices if they could magically remove all immigrants that were here illegally, you would see how important they are to the economy. Unions are dying, and they need to grow. They're shrinking, but they need to grow it with people in jobs that are not outsourceable. They can't move the avocado plant to Alaska or some cheaper place; it has to be where it is. So it's a perfect growth area for unions because these people can raise their wages. And the bosses can't relocate to a non-union area. So it has a huge growth potential for union membership.

GARY B. SMITH: Just a short while ago, unions were against this immigration law. They didn't want the immigrants coming in and taking the jobs until they said, "Wait a second, we have 11 million undocumented immigrants that would be subject to U.S. labor laws, including the right to unionize." And that's even before they seek permanent citizenship. So Trumka's saying, "Wait a second, this is actually good for us because it inflates our dying roles."

TOBIN SMITH: It's a good idea. The big issue is that the kids with the best attendance have the best graduation rate. It's almost 100 percent correlated. If it works, then we should do it. In many states and many regions, they say this: If your child does not have a very good attendance record-98 percent or higher-then we're going to take your welfare away. It's amazing how well kids attend school when mom and dad's welfare check is on the hook. I say let's do it all.

JOHN LAYFIELD: I run a kids' program here in Bermuda. We work with a lot of at-risk kids who have a huge drop-out rate. I would love to have an iPad to reward these young men or women based on their performance. I agree with what Tobin's saying about attendance, but it's got to also be measured to graduation rates, and it's got to be measured to you're not getting in trouble, you're passing classes. It's got to be some type of metric based upon performance, not just attendance. What they had in LA was, they get about $32 per kid per day, and they were losing funding because of it. That's a big reason behind this.

SUSAN OCHS: We should be taking this extra money and improving the actual experience of education. We're losing arts programs; we're losing music programs. There is so much that's deteriorating in our public school system. We should be putting more money into improving education, not giving them iPads.

JONAS MAX FERRIS: The reason why this is a good idea is because it's what I call the "game-ification" of school. We're already spending the money on the school, so that money's a sunk cost for taxpayers at this point. How do you get the highest performance out of school? As Woody Allen said, 80 percent is just showing up. You have to get them to show up first. Then, you've got to use other game-like tricks.

GARY B. SMITH: We're fixing something that's broken. Public education has not moved the needle one inch in the last 50 years. Let's move on to a new model. How about a voucher system and private education?