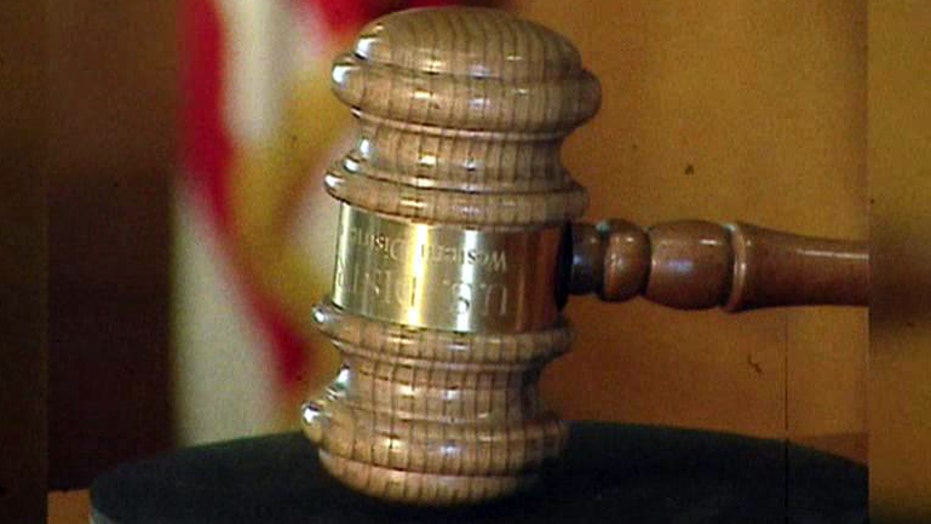 Report: More than 400 new regulations kick in this week

IN FOCUS: More than 400 new laws and regulations going into effect this week

RICH KARLGAARD: You should look at 4 areas. One is financial regulations, which still makes it hard for small business to get loans. You have the health care regulations that you mentioned, Obamacare is adding cost burdens everywhere you look, behind every nook and cranny. You have environmental regulations, and that's a whole area killing small businesses, particularly where I live in California. California farmers are getting rooned at the expense of the protection of certain insects. Then you have labor regulations. Last year we saw the national labor relations board war against Boeing. If you add it all up, it adds a lot of uncertainty and it paralyzes new hiring.

RICK UNGAR: Actually no, I'm always amazed when people say that. I was a small business man for a very long time. I had the same hassles that everybody has ,but there were never regulations and said ‘boy if we could just get rid of these regulation, I'd be making a lot more money.' As you said, a lot of the things we are talking about here are state -based and don't have an impact on the economy. Because last year was an election year, we actually have a very small number of regulations that are hitting us as we go into the New Year.

ELIZABETH MACDONALD: They are supposed to release it between April and October but they buried it in the dead of night. These proposed new rules are going to cost the economy $128 billion, that's one estimate out there. Even Russia's czar Nicholas said 'I don't rule Russia, my bureaucrats, and my mini czars do.' That's what we have going on in this country. Rich Karlgaard has it right. We have bureaucrats justifying their own existence by creating their own rules. What happens with small businesses, they have to hire their own bureaucrats to deal with government bureaucrats.

MORGAN BRENNAN: I think it's important to make the point that regulations are necessary. That's something that Gov. Romney said in the first presidential debate. For every poorly written regulation, we have some that are very smartly written, especially on the state level as far as what's rolling out this year. Case-in-point, Oregon is coming out with a law that makes employers not discriminate against unemployed applicants. It's very important especially with long term unemployed. We see a lot of discrimination there and that's good for the economy.

STEVE FORBES: They are indeed David, people who love regulations always make it a choice between anarchy and regulations, it isn't. Regulations cost this economy $1.75 trillion a year. A lot of them are unnecessary, and in terms of job creation, having banks I know of, a mid-size bank had to hire 1,000 people for compliance, that means hundreds of fewer loan officers, one reason why small and medium size businesses are struggling. Regulations are a burden, pure and simple.

VICTORIA BARRET: Absolutely because each regulation is a hidden cost of doing business. Rich put it right in the beginning, which is that these small businesses have to go out and hire someone to keep track of all these regulations and that's hiring that isn't going towards productivity, towards growing their businesses and growing the economy. It's really sneaky stuff. Where you see it really wreak havoc is in our university systems, where for every one teacher, you've got more than or at least one administrator. That wasn't the case 40 years ago.

STEVE FORBES: Russia got one thing right 13 years ago when it threw out its tax system and put in a 13 percent flat tax, revenues quickly doubled and the economy started to boom, even before the commodity boom. In this country, flat tax would be simple, fair and honest, remove a huge source of corruption and lower the price of good things like productive work, risk-taking success. The only losers are lobbyists and politicians.

RICK UNGAR: I do not have an allergic reaction to the flat tax, especially the way it has been proposed by the god-father of the flat tax sitting next to me, with certain adjustments being made for people on the lower end of the income scale. Here's my problem, we have a 78,000 page tax code that has been corrupted and perverted for the special interest and corporations in this country. How do you assure me that the same thing won't happen? That the same corruption won't take place if we go to a flat tax, I don't believe that you can, and that's the problem.

RICH KARLGAARD: Yes it would and Rick, I'm surprised at your cynicism I always thought of you as a very forward looking activist kind of guy. Why not try for a tax code that is moral, efficient, transparent and would bring citizens together instead of pinning them against each other which is the case now, and has really gotten so out of control, the whole country is at risk.

VICTORIA BARRET: It's full of weird loopholes and we have a more complex tax system that as a result and it actually hasn't solved our fundamental problem which is the government is spending much more than it could ever imagine taking in. You could tax millionaires at a 90 percent rate and it wouldn't get you what we actually need. We are not solving the actual problems here, that's what's worrying. We are demonizing wealth creation. Gerard Depardeiu is doing this because he is fed up with what he calls a sanction on success and talent in France. That's why he's thinking of fleeing to countries like Belgium and Russia.

MIKE OZANIAN: What I like about the flat tax the most is that everybody pays in proportion to what they earn and everybody has some skin in the game in terms of how much money the government spends how big the government bureaucracy gets. Right now with so many people paying no taxes or such a low proportion of their income and taxes of course they are going to vote for a government program that they feel they are going to get a kickback from an entitlement program because they aren't paying any money into it.

ELIZABETH MACDONALD: It is fair, and France is screaming of Depardeiu leaving. He paid $140 million since he has started working into the system in taxes. It's funny; we've got France here in the United States. We've got California, we have got rich people in upper bracket wealthy people, and we have small businesses leaving California because of the problems going on there. What's funny is that Russia has a flat tax and we are stuck with this barbed-wire tax code and the IRS to deal with it. Even China has a flat tax. I love what Rick is saying about the flat tax, I don't think he would be for it because he needs to itemize his entertainment deductions.

Prices on many everyday items set to soar in 2013

MIKE OZANIAN: We have got hit for three and half years. The value of the dollar against the trading partners is down 11 percent. Worldwide commodity food prices are up 35 percent over the last four years. That is a huge spike in food inflation.

MORGAN BRENNAN: I don't think this is necessarily inflation, yes we have a weak dollar but there is a lot more at play here too. Looking at food prices, we had a bad year for crops that has pushed the price of meat and groceries up. We have seen the same thing in college tuitions are up in large part because governments are cutting back on subsidies. I think there is more than just inflation going on here with some of these prices.

STEVE FORBES: Sure they are, but I love this thing about droughts. I'm sure that's a factor but every time you get a crop failure in North Korea it's always a drought, never the economic system. Yes, we do have inflation; the Federal Reserve is responsible for it. When the Fed trashes the dollar, you don't always get the same symptoms. In the early 30s governments around the world trashed the dollar; we had a going out of business sale. In the 70s we had a traditional inflation. This time we had a housing bubble. That was where the inflation went. When you undermine the dollar, bad things happen.

RICK UNGAR: I have to tell you where I buy my coffee because I have been paying exactly the same as I have been for the past 2 years. I am, I am, I will show you and help you buy it. There are two different numbers to look at it. General inflation looks to go up 1.6 to 1.9 percent, well within the norm. It is food inflation that is the issue projected at 4 percent. But like it or not, the reality is that it is tied to the drought we had last year in the Midwest. That's the reason. You can't blame anything but that.

INFORMER: Best stocks to help you pay for rising costs in new year