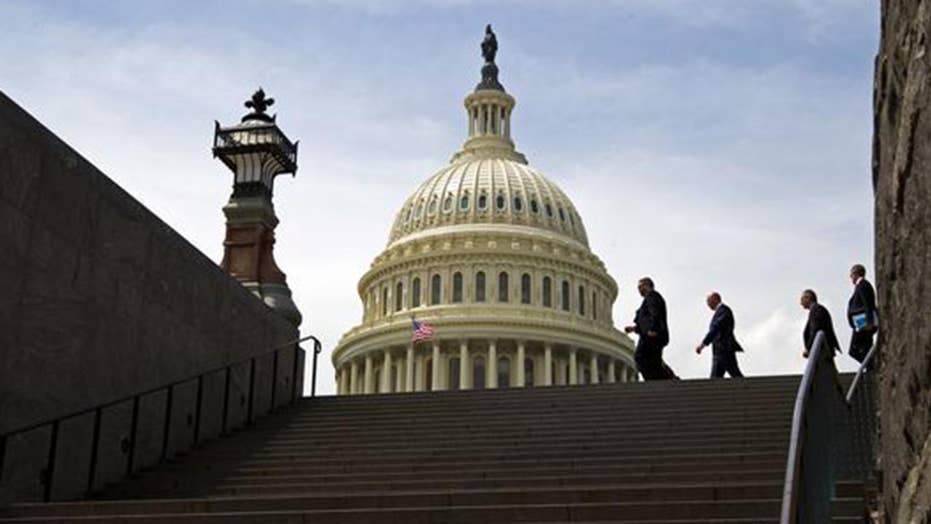 Gary Kaltbaum: There is enough hypocrisy in both parties over the years to fill a couple of oceans. I have a special place in my heart for the Schumer, Pelosi, Sanders party- say one thing and do the other, but nothing is going to change. If there is a government shutdown, the Republicans will be blamed.

Juan Williams: Gary is right, I think there is tons of hypocrisy all about, but what you have here is the president using the DREAMers as a bargaining chip. The president has said that he wants to resolve this issue, public opinion is on the side of these young people who came to this country as children, speak English, serve in the military, and go to the schools. We want them to succeed.

Rachel Campos-Duffy: I don’t think the Democrats will look good if the government shuts down over this. The Kate Steinle verdict has changed the game a little bit, I know that is not directly to do with DREAMers, but it speaks to so many of the problems that we have with immigration and why we need to think this through thoughtfully.

Gerri Willis: It’s so hard to listen to the Democrats these days trying to take the lead on this issue. In fact, it looks like Trump is going to score big time on this because everyone is saying that the public is on the side of doing something for dreamers.

Gary K: This is not the first time Brian Ross has done this, this is another example we could go through 1,000 examples of this on a daily basis. This time it affected the market that hurt people to a certain extent. I hope they get it right and you can tell ABC is getting it right now because they told him he is not covering Trump anymore going forward.

Rachel Campos-Duffy: ABC apologized and retracted because Donald Trump's Twitter account held him accountable. I don't think we would have seen Brian Ross getting this leave of absence or the amount of attention the retraction did have without Donald Trump. He has 44 million Twitter followers, ABC has 12.

Gerri Willis: Brian Ross has made mistakes over and over again and yet he keeps his job as if he were employed by the government. There are no repercussions for this guy. The thing that needs to happen is ABC needs to step up and take action. The more we talk about it and are open about it and the more you understand about how this happened the more likely something will happen.

Juan Williams: In the mind of Donald Trump any news that doesn't please him is fake news. This is part of his attack on the American media; body slamming CNN, threatened TV station licenses, NBC, now this -- the money was recovered, the market went down, the market went back up, nobody really lost money.

FACEBOOK RELEASES NEW APP FOR KIDS UNDER THE AGE OF 13

Rachel Campos-Duffy: Facebook is couching this as another tool to help parents. This is about getting kids addicted to social media crack earlier and earlier. I don’t think social media is making our kids happier or better socialized, and it’s not improving family life. Studies are showing that kids who are born after the saturation of iPhones in our culture are more suicidal. The bottom line is Facebook can’t raise our kids, we do.

Gary K: The horse has left the barn, the train left the station, and the car has left the garage. You go to restaurants now and see two kids on their iPad or iPhones and 10 years from now the posture is going to be like this and their thumbs stuck like this, and it is a shame but it is the shape of things to come.

Gerri Willis: We all want to blame Facebook, all these big tech companies everybody thinks they’re horrible. What about these companies like Kellogg's that make all these sugary cereals, why are we not ticked off at them? We are jealous of their success.

Juan Williams: It is part of the innovative nature of the early 21st century. I just think picking up on what Gary said, when I go out to dinner with my grandchildren, I just wish they’d pay more attention to papa and not their other little devices.

Juan Williams: Doesn’t matter if Roy Moore wins or loses on Tuesday, damage is already done for GOP in 2018