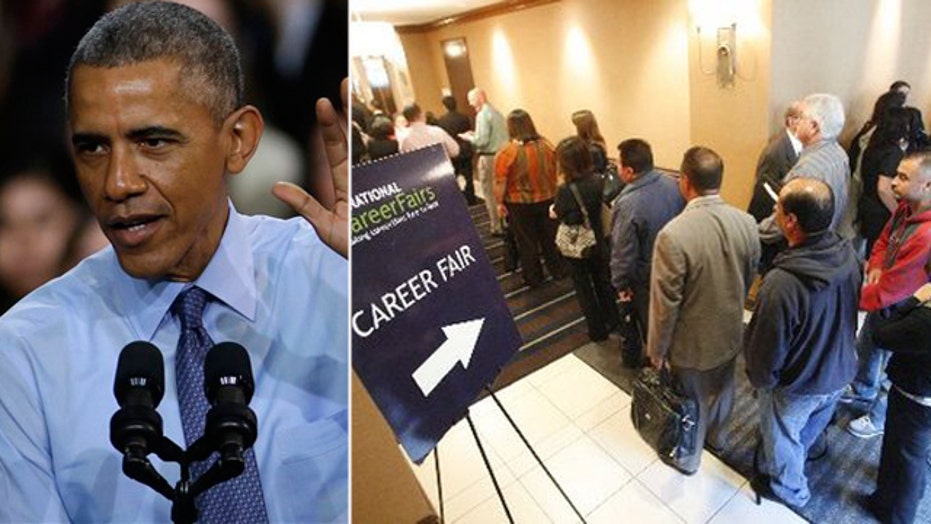 So why is the president pushing new tax hikes?

Gary B. Smith: Absolutely bad timing. Look, you have an economy that I think is on stilts. Zero percent interest rates and the printing of money. I think economic numbers are not

as good as they say they are. You have an unemployment rate not including the labor participation rate crashing. This is the worst time to do it. You're already seeing employers getting rid of people and if you want to get trouble, start raising the taxes of the producers.

Nomi Konst: So, in the State of the Union this week, the president introduced a series of legislation that would help the middle class that haven't really, we have record highs right now with our economy. Middle class has not been affected. These programs including paid sick leave, incentives for married couples to have child care and health care. All of these incentives would be helping the middle class and so, he's pulling at different places, whether it's hikes for corporations that have not paid any taxes over the past ten years or basically taxing under income.

Tracy Byrnes: First of all, many small businesses and these are middle class small businesses, file on the individual tax return, so you raise the top rate, you are smacking them in the face and that means one, they don't take home any money and two, they have to lay off people. We continue to tax the rich, supposed rich, meanwhile, they can hire the best of the best to figure out ways around this. Completely legal, but they have the means to figure it out, so they're not collecting the tax revenue they think they are. It backfires every time and it's a part of the president's push to take away the step up on appreciated assets only against the middle class because not everyone inherits stock. Not everyone is rich that inherits stock.

John Layfield: Well, it's got to hurt. It's a matter of economics and the partisans, these rich, evil corporations that don't pay any taxes. Name five. Name five. You can want. You love to say these corporations don't pay tax. That is come completely false. Talk about the middle age, middle tax cuts. The middle class that has disappeared over the last 15 years because of the policies of this and the past administration. We have $3.6 Trillion in revenue through last august of 2014. A record. We don't have a problem right now. With revenue. We have a problem with spending and that is not getting under control. It's when politicians have no backbone and aren't willing to cut anything.

Gary Kaltbaum: Well, you have people in the board rooms that are list bring to everything that comes out of the mouths of what people in Washington, D.C. And all they're hearing now is you've got to give us more money because we're going to take it from you and dole out a little bit here and there. They are going to be thinking twice about their plans going forward and to further is, you do not change the trajectory of anybody's life by handing them $200 here, $400 here. You change people's lives with great jobs that pay a lot of money and how do you great jobs? You let the economy flourish. How? Stay the hell out of its way and it will flourish and every moment in time, this administration wants to do something more and more and it's all about giving them more money.

John Layfield: Senator Cruz is a polarizing figure and sometimes when he introduced something, people want to disagree, but I can't understand anybody in their right mind disagreeing with this. This is the Awlaki battalion. They train former speakers to go back and go into is western countries and create acts of jihad is what they're calling it. This is what happened in France, the battalion trained these guys to go over there and killed these people. These are threats to our country. You can't stop a suicide bomber. It's almost impossible, but you can keep enemies out of our country.

Nomi Konst: we need to take a step back and look at the optics. So, anybody who has trained with ISIS is that we are aware of that we would not allow in, they're on our radar. They're not going to be doing anything in our country. This bill is irresponsible. It's weak on national security. And the reason is that if you're banning them from our country, where do they go? Yemen in Canada? It's better to have them on our radar than put them on trial and actually convict them and then deal with them.

Tracy Byrnes: This should be the first time our grounds were attacked and the fact it hasn't and that there's opposition is crazy. Put your opinions aside of Ted Cruz and this should go through.

Gary B. Smith: It's not constitutional. In the constitution, it guarantees a right for citizenship. It does not mean I don't think these acts these terrorists do are evil, hurtful to the United States. That's not the point. We've had hundreds of people since 9/11 do treasonous, evil acts. Unless you walk into is a consulate somewhere or an embassy and renounce your citizenship, you are a citizen. But Benedict Arnold maybe the most treasonous person we had was still a United States citizen. I understand what he's trying to do. We're going to rewrite the Constitution. This can't be done.

Gary Kaltbaum: When I heard this, I was like, you mean there's not a legislation about this? This is the most obvious of obvious. These are people that want to come here and destroy and do Paris number two, three, four and five. I don't see any downside to it and I'll go one further. Renounce their citizenship. If they're going over there to train to kill us, are you kidding? The number one goal, number one rule of government is defend the people, come up with the legislation to do it.

Gary B. Smith: I would never put myself in the expert category when it comes to marriage. Every day is a new day, Brenda, believe me. Look, I agree with Tracy partially. If finances are not that big of a deal in your family, yeah, then don't worry. For most families though, I don't think that's the case and look, a good relationship, the number one thing is trust. If you can't trust the other person and they're doing something behind your back, I think you have the foundation there for a ruined marriage, so I would try to be up front.

Gary Kaltbaum: I know nothing. All I can tell you is if you are a spouse and you are hiding big accounts from your spouse, there is something wrong and it is a big deal on a one-on-one basis. The good news is I don't think most people have that going on. But I think Tracy said it best, if it is there's probably something that she mentioned.

Nomi Konst: All right, let's be frank. This is men. Men were doing this. 26 percent Of men were doing this It just shows that American are bad with money and shouldn't be leading our country, so we need more women in office. All the men, out the door.

John Layfield: My wife has a separate bank and I trust her as long as it's not a problem with spending. It's not in our family. I wouldn't dream of asking my wife to report income to me.