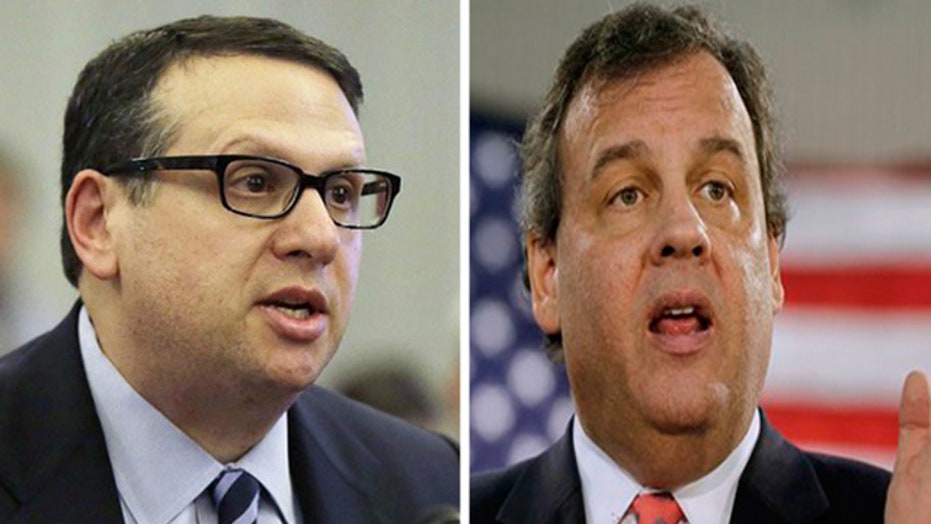 This is a rush transcript from "The Kelly File," January 31, 2014. This copy may not be in its final form and may be updated.

MEGYN KELLY, HOST: And breaking tonight, a close look for you at what some are now calling bombshell new allegations against the man who could possibly beat an ex-Republican nominee for president.

But hold on, if you read more carefully, here is exactly what the three-page letter -- which is about getting attorney's fees paid for -- actually alleges. Quote, "Evidence exists as well tying Mr. Christie to having knowledge of the lane closures during the period when the lanes were closed, contrary to what the governor stated publicly in a two hour press conference."

Now, right now that is like just waving over you, right? It is like, what, huh? I'm going to explain to you whether this is a deal or it's not. Tying him to having knowledge. The evidence exists tying him to having knowledge -- what does that mean? He knew? Is that what you mean? They want you to say he knew. It is not what the letter says, more on that at the moment.

First though, here is what Governor Christie said in his January 9th news conference.

GOV. CHRIS CHRISTIE, R-N.J.: I knew nothing about this until it started to be reported in the papers about the closure. But even then I was told this was a traffic study.

I had no knowledge of this, of the planning, execution or anything about it. And then I first found out about it after it was over. And even then, what I was told was that it was a traffic study. And there was no evidence to the contrary until yesterday. That was brought to my attention or anybody else's attention.

Well, tonight, Governor Chris Christie did appear in public but he did not talk about this new accusation. He attended Howard Stern's 60th birthday bash and when he took the mic, all he did was introduced New Jersey's own rocker Jon Bon Jovi. The governor said nothing about this new claim that he apparently did not tell the truth about the lane closings. And he avoided questions from reporters as you can see when he left.

Well, David Wildstein's lawyer accuses the governor of not telling the truth about when he found out about those closings. During the news conference earlier this month, the governor said in part he only learned about the whole thing after it happened.

CHRISTIE: I had no knowledge of this of the planning, the execution, or anything about it. And then I first found out about it after it was over. And even then, what I was told was that it was a traffic study.

SHAWN: Well, that is not true, says Wildstein's lawyer Alan Zegas, who claims evidence exists that contradicts the governor. But the lawyer does not say exactly what that evidence is. He also does not claim the governor knew this scheme was order by his now fire chief-of-staff, deputy chief-of-staff Bridget Anne Kelly. Or that it was all supposedly part of that political payback plot to stick it to Fort Lee's Democratic mayor.

While the governor's office tonight says that the lawyer actually supports the governor's claims, Christie's statement though does not address the central accusation that he knew of the closings at the time as Wildstein's lawyer claims he did.

And Megyn, all this is only wrapping up even more, a mass of material from the New Jersey investigative committee, those subpoenas due on Monday, public hearings are expected to start within weeks. Back to you.

KELLY: All right, Eric. Thank you.

For more on this now, we're joined by Steve Leser, he's a former campaign fundraiser for President Obama and a Democratic consultant. And Steve Lonegan is a former New Jersey Republican candidate for governor who once ran against Governor Christie but is now an ally of his.

Let me start with you, Steve Lonegan on this. The breathlessness right of this, and the way that they ran, they ran to say he is caught. He lied, he lied about what he knew. What this former aide actually says through his lawyer is, there is evidence tying Mr. Christie to having knowledge of the lane closures during the period when the lanes were closed, contrary to what the governor stated publicly. Your take on it.

STEVE LONEGAN, FORMER GOP GUBERNATORIAL CANDIDATE: Megyn, the liberal media and the Democrats are looking for a bombshell, what they have is a dud. They are saying that the governor knew that the lanes were closed during the time they were closed. Well, surprise, so do 10 million other people. And when 10 million people know something, of course the governor's going to know. What he never denied that he knew the lanes were closed when they were closed. What he denied -- and there was no evidence to the contrary -- is that he had any knowledge of the planning, or the effort to use it for retribution, which was wrong, there's no doubt about it. We never want to see abuse of power by any governor or any president for that matter. But the governor has set to be proven wrong. This is nothing but a dud of a bombshell.

STEVE LESER, FORMER CAMPAIGN FUNDRAISER FOR PRESIDENT OBAMA: Megyn it is even worse than that. I have to tell you, when you look at what he said in his January 9th press conference, he actually said that he didn't know about the lane closures, the entire thing until after Patrick Foye's e-mail came out on October 1st.

This is starting to take on the character of one of those political scandals where it becomes pretty clear that the person of interest, in this case, Governor Christie is hiding something --

LONEGAN: A person of interest?

LESER: Slowly coming out drip, drip, drip that discredit and disproves some of the things that he said during his press conference.

KELLY: But I am looking for that in these particular allegations tonight, and just as a lawyer when I look at the language, I don't see it. What I see is somebody saying that there is evidence tying him to having knowledge of the lane closures when the lanes were closed. Let's assume that is true. OK? Let's assume that's true. Why do we care if he knew, I mean, if you tell me Steve Lonegan --

LONEGAN: How could he not know?

KELLY: That's my question. Listen to the whole question, did he know prior, did he make -- did he give the order?

LONEGAN: And they're not saying he knew prior. They're clearly saying they're not. But to call him the person of interest, it's like being Blagojevich's prosecutor.

LESER: Well, let me tell you something. This is not the first thing that has happened --

This is the third or fourth thing. So first of all it came out that he has a picture on September 11th with Wildstein at the September 11 --

KELLY: Because Governor Christie claims he didn't really know Wildstein as well as others --

LESER: Right. But he went to high school with him. He appointed him to an important position as administration that makes a lot of money. Yes, sure. But the politicians do that with people that they don't know all the time. Of course --

KELLY: He said he did because his close friend who did work in his administration recommended this guy. That is no smoking gun.

LONEGAN: -- that doesn't mean I know you very well. Just because a picture of you and I together --

LESER: There are three or four things, besides that. Right? So we have the Foye e-mail that comes out. Christie says he didn't hear about the lane closures until then. You have the allegations with, you know, the fact that he went to high school together and didn't know him. All of these things --

KELLY: He said he knew him. Let me just clear that up. Because we are not going to indict the governor on stuff that we don't have evidence on. The governor came out of this presserand said I knew this guy -- the guy is accusing him right now. But I didn't -- we were not that tight. Right? We went to high school together. The reason I hired him is because a guy I am kind of tight with said, I want to hire him, so I said, OK.

But listen, here is the thing I want to ask you, Mr. Lonegan, as a defender of Governor Christie. This guy Wildstein in his lawyer's letter today comes out and says, I can prove, basically, I can prove that Christie knew about these lane closures when they were happening contrary to what he said at his presser. And Christie comes out -- OK, but that what he claims, because you play the sound bite from Christie's presser, and we played it for the viewers, he said I didn't find out about it until it was over. Now, that could be interpreted to mean until the lane closures were done. That's what he seems to be suggesting, Wildstein.

LONEGAN: And everybody is nuancing every word. Let's look at hard evidence.

KELLY: Right. Which raises despite these senses of most people.

LONEGAN: Yes. The governor has the right to be proven guilty. He is innocent, there was no hard evidence that he knew about this before it happened. He knew about it while it was taking place. But so did everybody else, so what is the big deal?

KELLY: All right. Well, we shall find out whether there is a big deal. More subpoenas getting returned, their responses coming in on Monday. So, we'll see. Gentlemen, thank you.