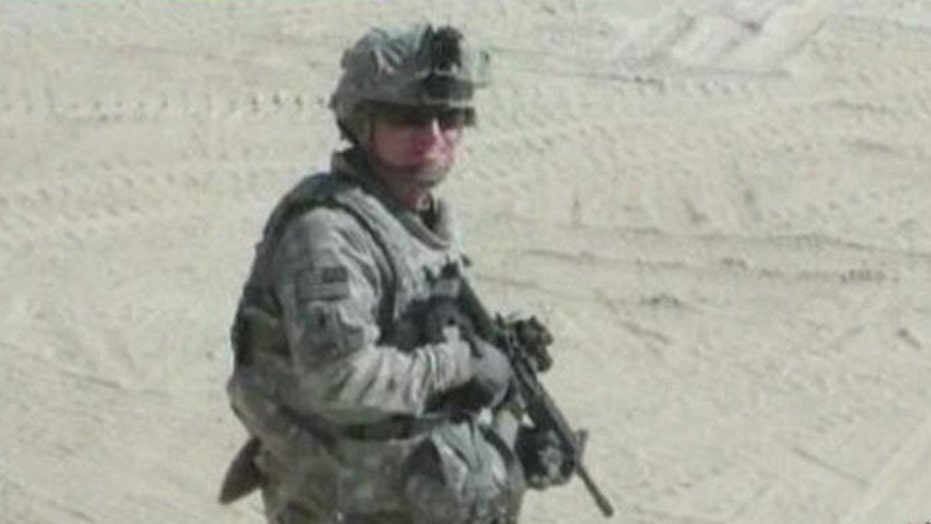 Gun control not the answer?

JONATHAN HOENIG: These tragedies don't come about because of the availability of guns, but because of the mental health of a couple real monsters. No one goes on a killing rampage simply because there's a gun around. They go on it because they're seriously disturbed, seriously deranged people. In fact, I happen to think that the widespread availability of guns in movie theaters, on military bases, in schools have actually stopped some of these madmen before they were able to kill as many people as they did. But mental health is the explanation in these terrible tragedies, no the availability of guns.

WAYNE ROGERS: Statistics tell us that approximately 46.4 percent of the people in the United States at some point in their lifetime are going to suffer some kind of a mental problem or psychological problem. So as the population grows, obviously you're going to have more crazy people. If you have more people, you're going to have more crazy people, and percentage-wise that has increased from 63-93 in a study that was done that we know there are more tendencies to neurotic behavior. There have been a number of studies about this where the complications that are in society today-when we were a bucolic farm-oriented society it was a much simpler thing. Today it's a much more complicated thing. There's much more pressure on people to do certain things. The pressures get them emotionally, and eventually you have more crazy people. So I don't know how you stop that.

JUAN WILLIAMS: I think we need America to be a gun-free zone, Eric. I'm amused that you guys are so quick to run away from the easy availability of guns as having some responsibility in all of these tragedies. Wayne just made a great point about half of the people often times have mental issues at some point in their lives. So what you guys want to do-remember I'm the libertarian on the show-you guys want to get in everybody's life. You want to start telling people what they can do or can't do because of their mental condition. You're going to stigmatize anybody who's going through depression. I think that's wrong.

MICHELLE FIELDS: We shouldn't be punishing law-abiding gun owners for something that a few crazy people did. We don't have a gun problem in this country. What we have is a problem with untreated mental illness. You look at all of the mass murders in America for the past 30 years; in 2/3 of the cases the shooter had a mental health problem. That is the issue here. It's not the gun, it's the fact that people are mentally ill and are not being treated.

JONATHAN HOENIG: I don't even think it's irresponsibility as much as it's just lawlessness. What is the executive branch responsible for? Keeping us safe from foreign invaders, from criminals, from the enemy. Not to fix the schools, and provide health insurance, and determine the right wage you're supposed to pay someone, or the right mortgage rate you're supposed to have. The President is not king. His role is limited, it's defined-and to that extent, I think Obama fails tremendously. He's lawless. He's literally making it up as he goes along. I don't even think it's as much irresponsibility as it is complete lawlessness when it comes to this branch.

JUAN WILLIAMS: I'd give them an "A". This is unbelievable to me. Wait a minute, Mary Barra

of GM testified in open testimony in Congress, came here and took a whoopin'. What about Hilary Clinton, Mike Morrell, open testimony on Benghazi? All the critics got their shots in. And you just talk about Lois Lerner. Lois Lerner's been investigated by FBI, by justice-they can't find any facts...

WAYNE ROGERS: He's a moron, and we know Congress isn't underpaid because he doesn't do his work. You know, the first Congress Eric, as you are aware, was voluntary. They weren't paid anything when we started the United States. That's what should happen now. By the way, I have a theory about this. If you elect rich people, they're not capable of being bribed. That's what happened when you had the mayor of New York. He was making a buck a year, and he was un-bribeable. That's what they ought to do, they ought to have volunteers who do this kind of work who are in the Congress. By the way, Congress in this case I think Sebelius, Lois Lerner, all of these people, you talk about the President before that Jeremiah Wright, you had all these influences, all these people who were around the President. I'm going to say something that's going to make Juan come out of his chair: the President should be impeached. The United States Congress is gutless. The U.S. Congress, if they really did their job, they would go after these people because they should be impeached. Now Eric Holder was condemned, he should be impeached.

JONATHAN HOENIG: I'm surprised, is O'Reilly in favor of the cronyism, the subsidies, the price-fixing, the redistribution that is the green energy distribution in this country, Eric. When O'Reilly invoked the greater good I knew you won the argument right there. What I think he's missing here is that fossil fuels are a benefit to this country. The more we use, the better out lives become. I guess it's not so surprising-I remember Bill railing against me back in 2008 when he said the oil companies were gouging Americans. We need to be protecting them, protecting our right to use fossil fuels. Not making making it harder, more expensive, and more cronyism-filled, which is exactly what green energy is all about.

MICHELLE FIELDS: I'm on team Bolling. I don't think bureaucrats should be playing investors and using our money picking winners and losers. I thought the government was all about leveling the playing field. You're not leveling the playing field when you're picking businesses that are winners and allowing the other ones to lose. Why are we investing money in a business that only provides cars to customers that are very, very wealthy? That doesn't seem very fair to me.

JUAN WILLIAMS: Jobs, jobs, jobs. Any time we can have a leadership role in terms of innovation and research, we should as an American people go after it. We don't want to give that away to China, or the Germans or anyone else. Jonathan, how can you speak clearly and say that we don't give subsidies to those oil companies?

WAYNE ROGERS: I don't know that the end justifies the means here but in many cases you think the Human Genome Project, which was massively financed by the federal government, turned out to be something that was a terrific advancement for science. And you think about heart programs, and things that have come out of the space program, and all of those things that were partially financed by the federal government. At the same time, on the other hand, you've got to say "who is making this decision? Who is the person deciding that we should put this person into this thing? Are they right and are they wrong, and are the people who are making those decisions scientifically educated enough to do so."

JONATHAN HOENIG: TIN IS IN AND SO IS (JJT)