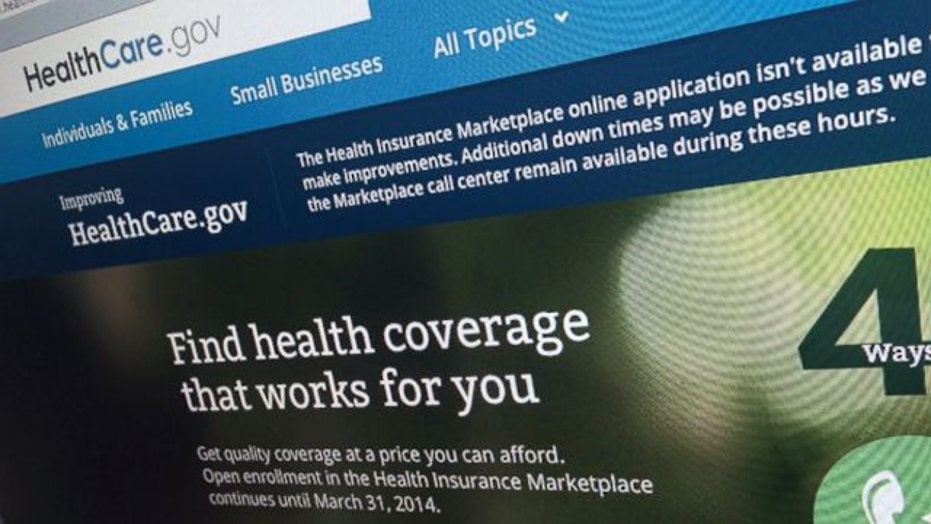 Critics claim that was liberals' plan all along

JONATHAN HOENIG: I haven't been saying it-Obama has been saying it, Sebelius has been saying it, Hillary Clinton has said it. Harry Reid has said that socialism, which is what single-payer is, is their explicit goal, and they've essentially established it because in ObamaCare they've made health care a right. The GOP, to their great detriment, never challenged that. ObamaCare, as we've talked about for weeks, is essentially fascist-privately-owned in name only; really controlled by the government. The next step will be outright socialism because, just like student loans, Obama's going to say "we've got to cut out the middle man"-that is the private sector-and make it completely government-controlled. That's next.

JEHMU GREENE: I'm pretty sure that Michael Moore never liked ObamaCare to begin with. I think if you look at where senior citizens are with Medicare, which is a single=payer system, most Americans want a little bit of that action. So you say "dirty little secret"-it's only a secret because the media has not been reporting on it. This is a step in the right direction. ObamaCare is a step in the right direction.

JONATHAN HOENIG: "Land of the free"-that's means something. It's not just a bumper sticker slogan; it means that your life belong to you. That you're free in this country to make your own choices about the life you want to leave. All these laws are immoral because they essentially all force you to act the right way, instead of protecting you in your individual rights to act how you want. Some of them are good; the ones that actually increase freedom, like Colorado's marijuana legislation. But all these other laws that force you to support these bad public schools, schemes like ObamaCare-they're immoral and they should be struck down.

JEHMU GREENE: When it comes to big government, this Congress was actually the least productive ever. So maybe what we're talking about here is small government. Everything has to do with the fact that states are more one-party-dominated, so they are actually getting to implement their entire agendas. Now, we are a nation of laws. I don't want to have these people be elected into office and sit around and pay them to do nothing.

MICHELLE FIELDS: Our country has far too many laws in general. I disagree with Jehmu. I think it's better if we have a Congress that's not creating laws because we have too many. The scary thing is that the majority of our laws right now are actually not created by people who we have elected. They're not created by Congress. Many of our laws are issued through regulations that are created by a bunch of bureaucrats-nameless, faceless bureaucrats in government agencies. They don't care about the American people. Their number one priority is their government agency and their job. It's very frightening. That's scary.

WAYNE ROGERS: I had a good time. We're still waiting on the adoption papers, by the way.

JONATHAN HOENIG: It was such a great honor to drink and get high with you all year long, Eric, and get scolded by Wayne. What a terrific end of the year. Looking forward to more ideas. What an honor to be welcomed into so many homes, not only on TV, but also online. We're going to keep up the focus on ideas; that's what powers the world. I just love spending every Saturday morning with our crew.

MICHELLE FIELDS: We're going to have so much fun. We're obviously the best show, imean we turned Juan Williams into a libertarian. I don't think there's any show on Fox that's been able to do that.