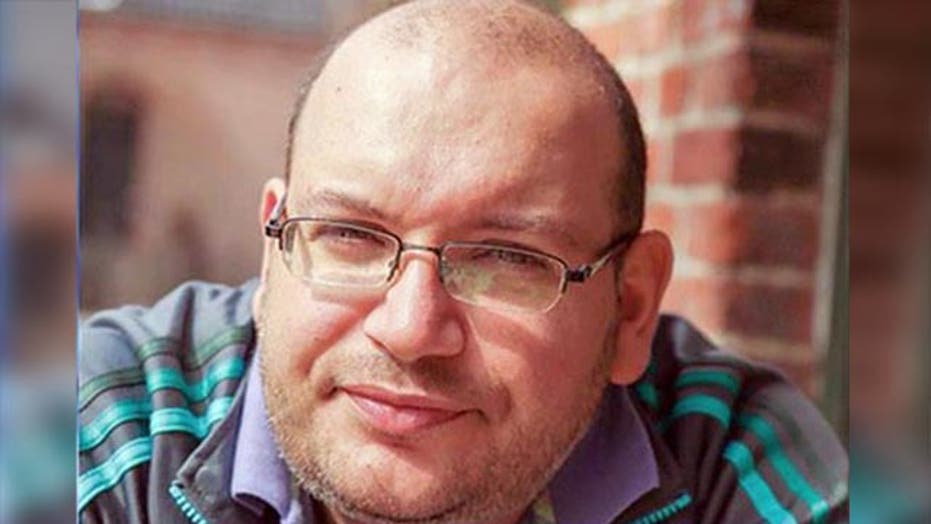 Washington Post plans to bring its #FreeJason campaign to the White House Correspondents Dinner. But will that be enough to get Pres. Obama and others to pay attention to Jason Rezaian?

This is a rush transcript from "On the Record," April 24, 2015. This copy may not be in its final form and may be updated.

AMIR HEKMATI, AMERICAN HELD IN IRAN PRISON: I'd like to bring your attention to my situation and a long list of fellow Americans. For nearly three and a half years, I have been falsely imprisoned and treated inhumanely by Iran's ministry of intelligence as part of an ongoing propaganda campaign. After months of torture in solitary confinement, the ministry created a false confession, and international media created a false and forced confession. International media, in a failed attempt to humiliate the U.S. government.

VAN SUSTEREN: Tonight, ON THE RECORD learning that, so far, Hekmati getting total silence from those congressional leaders to whom he wrote.

And Amir is one of three Americans spending tonight in a brutal Evin Prison. One of those prisoners, "The Washington Post" bureau chief, Jason Rezaian, finally getting some much needed attention and support. "The Washington Post" preparing to hand out a lapel pins with the #freejason at this weekend's White House Correspondent's Dinner. President Obama will be at that dinner. But is that enough to get the president's attention and step up efforts to bring Jason home?

His brother, Ali, joins us. Nice to see you, Ali. I wish it were under other circumstances.

ALI REZAIAN, BROTHER OF JASON REZAIAN: Thanks, Greta, for having me.

VAN SUSTEREN: The "The Washington Post" trying to put a spotlight on a very big night in Washington. Everybody in the media is there. What are they doing?

REZAIAN: Right now, we're reaching out to a lot of folks. We're trying to push the idea of the #FreeJason, push that out to people in Congress and this area so that people know more about what's going on.

VAN SUSTEREN: You know, as you listen to the Marine, Hekmati, you know, you hear that he has been tortured and there is a false confession, so naturally, of course, I think, I wonder is that what's happening to Jason? I expect any day to hear that there has been a false confession by Jason.

REZAIAN: You know it, wouldn't be surprising to me. I know they have done a lot of video of him. But on the other hand, we haven't seen anything yet. I know Jason is really strong. I know he put up a good fight and wouldn't confess to anything unless he really had to.

VAN SUSTEREN: Did he have any fear being over there? He was the bureau chief for "The Washington Post." But did he ever write home and say it's getting hot for me?

REZAIAN: There was a couple times when he left town. He thought that as part of the "The Washington Post," with the global view on him, it would be better for him. And it hadn't been a problem in the past.

VAN SUSTEREN: It's hard to decide what to do to help. On the one hand, sometimes we have thought we should just remain silent here because we don't want to hurt your brother in any way or jeopardize him. Then we think, well, nothing seems to be happening and the days go on. We think maybe we should put the spotlight on him and put some attention on him, maybe that's the answer. Which is it? What helps?

REZAIAN: That's what we have been going back and forth now for nine months now. It's 276 days that he has been locked up. At the beginning, we were trying to be quiet. Now we are trying to be a little bit -- trying to get the message out a lot more. We feel like, given all the things going on in the world, now is the time to talk more broadly and put more pressure on folks to understand that it's important to get out.

VAN SUSTEREN: Do you know if it is resonating at all with the leadership in Iran? Are they paying any attention to your brother at all? I mean, is he a high-value person to them in terms of the high stakes of any of these negotiations going on?

VAN SUSTEREN: When you say you haven't heard from him recently, what's recently? When is the last time your family heard from him?

REZAIAN: My mom spoke to him right around Christmas time when she was in Iran. My sister-in-law spoke to him earlier this week.

VAN SUSTEREN: Was she in Iran, too, your sister-in-law?

REZAIAN: She can't leave the country. She was arrested the same day as Jason.

VAN SUSTEREN: So she's under some sort of house arrest or some sort?

REZAIAN: She is out on bail and she has restrictions on what she can do.

VAN SUSTEREN: What did she say about his condition?

REZAIAN: You know, we know that earlier on he had lost about 20 kilos, so 50 pounds within the first two months.

VAN SUSTEREN: Could he afford to lose that weight?

REZAIAN: And he has had a lot of side effects because of that and nerve issues and stuff like that, as well as a bunch of infections, which were not treated for months on end. It's caused a lot of problems for him and is he really depressed right now. It's been such a long time. It's twice as long as any prior Western journalist has been held over there.

VAN SUSTEREN: Ali, I'm sorry. If there is anything we can do to put the spotlight on, we are trying. We are doing what we can. Let us know. You know how to find us.