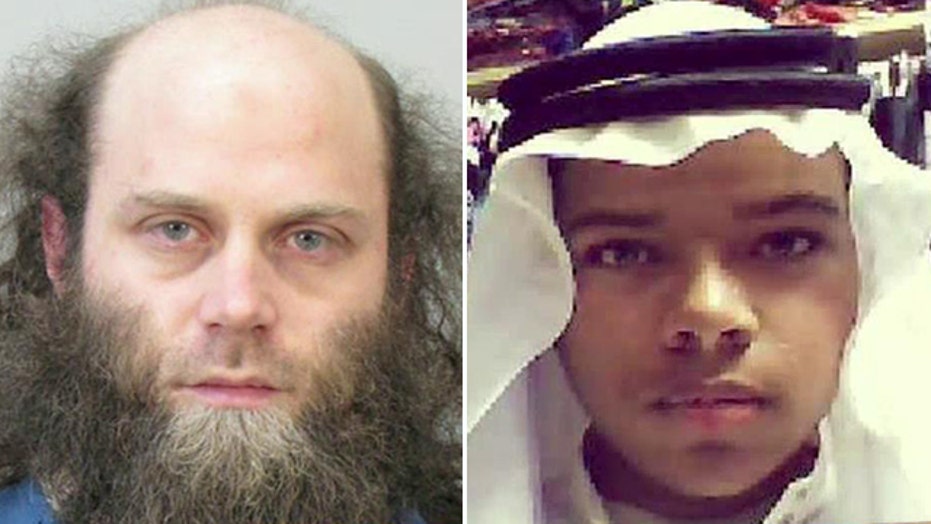 SUZY WELCH: There is good news in this. The good news is so far we've been catching these people. They've been stopped again and again. The bad news is that odds are eventually one of these people is going to slip through the cracks. Isis is ferocious and their mission is strong, and they are enough of these nuts that, maybe not this year, but it's going to happen eventually. When that happens there are three options. One is we realize what amateurs these lone wolves are, or it could be something like the Boston bombing which was tragic and terrible but survivable, or it could be 9/11 and shut down a whole industry. It could happen in a fast food restaurant, a theme park or a mall. It can be very, very bad for the economy and all Americans. It could be really serious. The problem is, and it's a big problem, that usually governments don't spend money on something until the problems occur. It was well known that New Orleans was right in the line of a hurricane and couldn't sustain a hurricane. Katrina had to happen for all the money to be spent. Are we spending enough money? No. Should we? Yes.

GARY B. SMITH: Very scary. I agree with everything Suzy said until she started talking about spending more money. Let's just say this is under the umbrella of the Department of Homeland Security. They started with a budget in 2002 of $18B. It is now $60B. Are they the most effective? No. This is just like every other government organization. They are trying to build a new headquarters here in DC. It's already $1.5 Billion over budget. This is the way the government works, for crying out loud. The org chart of the Department of Homeland Security is like some Rubik's cube. You cannot figure it out. I'm all for spending money if it's spent appropriately. The Department of Homeland Security has been a mess from day one. So what do we do? We do the easy thing. We ask the taxpayer to spend more money because this sounds like a mom apple pie argument. It's not. Let's spend the money we now have more efficiently.

JOHN LAYFIELD: This is different in that sense. 9/11, of course that is an anomaly and hopefully something like that never happens again; cost us somewhere between $2-3T; all the wars, the departments that were created. The DC sniper froze the East Coast in terror. Something like that can cause a lot of economic harm. For that we need to be spending the money. This guy was inept. The guy in Kansas actually had FBI agents with him when he went to buy things like ammonium nitrate. That tells you that this guy was inept. The FBI was very good. They have been very good about catching nearly all of these lone wolf-type bombers. They kept us safe. We are spending a lot of money overseas right now that is absolutely unnecessary. We can go over there and kill the bad guys. I am 100% for that. We don't need to building governments, securing foreign borders. We need to spend that money. We've got the money. Spend that money at home.

JONAS MAX FERRIS: Just the photo doesn't look like a criminal mastermind. Let's be honest. If you changed some of the words here, and you had some crazy person who said they would join a martian attack, and two FBI agents wasted government time saying they would build a bomb, I think we'd be saying this is a trap and this person needs medical help, not to be thrown in some terror cell for a while. I think we've got to separate real terrorist threats from people that are crazy. Throughout history we had groups that looked to the bad side as good. We had Nazi supporters, Communist sympathizers, and real terrorists in 1910. I don't think these cranks need to be followed by every government agent and preemptively thrown in prison.

NOMIKI KONST: Absolutely every offender is mentally ill. Maybe we should be spending more money instead of on more cybersecurity and counterterrorism, we should we spending money on home, and making sure there are mental health precautions in order. These people are clearly on the fringe of society and looking for opportunities on the internet to join radical groups. We need to crack down on the internet. Do we take a cue from Twitter and bar ISIS from having Twitter accounts? We crack down on the websites of the ISIS recruiters? I don't see enough of that happening. There are outlets for these mentally ill people. We don't have to put it in our defense budget. Put it into other preventive measures, and working with companies.

JOHN LAYFIELD: I say we create a website. Won't cost much money. Won't be like healthcare.org. It's going to be "I'm stupid and I wasted the money of the government .com". We'll put pictures of all these idiots who spent money. $207,297 was spent-- this is out of the movie "Borat", by the way-- flying Iraqi filmmakers to Los Angeles, to Hollywood. We give them money; they go back and make anti-American films. What's bad about this? They don't list the names. Some goof signed this. You have 6.5M Americans according to the Social Security rolls that are over 111 years old.

JONAS MAX FERRIS: I see the humor in some of these, but the whole "million vs. billion" thing, I think when Tom Coburn used to do these things there was more heft to it. What about the missile defense system? We've got strike fighters costing money. We're still making nuclear subs at $2.5B. I think the $200,000 movie made that was made anti-America; people are going to love America. They say "wow, they give you money to make an anti-America movie?" I don't see how that is such a waste of money.

SUZY WELCH: $117M; that is 3% of the budget? I know, you know, every single person knows it's more than that. Get in your car and drive around, go to the DMV, go to the court house-- it is so much bigger than this. That's why you have Rand Paul announcing for president saying things like "we are here to take back our country" and Ted Cruz saying we've got to abolish the IRS. Washington is like Detroit before it went bankrupt. There are too many employees.2.7M employees for too little work. They are all entrenched, unionized workers. You couldn't call them out on the waste if you wanted to. There is nothing you can do about it. For Detroit, you could get bailed out by Washington. Washington is not going to get bailed out by Detroit. It's a big problem and not $117M.

NOMIKI KONST: I think this is a gimmick. They would complain about spending but do nothing to prevent it. Should we have more oversight? Absolutely. Maybe these congressmen who are campaigning against the spending but not funding things that invest in America like transportation, infrastructure, healthcare, things that make America better and not reliant on Social Security checks every month? We need to be putting some sort of preventive measures in order.

SUZY WELCH: What they've got is evil. What we've got is genius. That's the great virtue of America. We've got genius minds. The minds that created Amazon, Google-we've got these brilliant minds. We need the government to buy these minds. I don't mean have them work for the government but deploy these minds with rich government contracts to deploy this genius up against their evil. That's the only hope we have. Otherwise we are going to get back to the day where everybody is picking up the phone or meeting with people in a room and having conversations. It touches everybody. It touches the government and the corner shop that has all their software blow up on them.

GARY B. SMITH: I agree with Suzy. This is like the argument we had in the first block. We are already spending a zillion dollars; $14B on cybersecurity. Let me show you the org chart for US Cyber Comm. Can you figure this out? Nobody can. If we were to fight the hackers with acronyms, we would be in great shape we have so many out there right now. We should just outsource this to the guys at Google and Amazon together to come up with a vertical org chart.

JOHN LAYFIELD: I think Suzy and Gary are right. We need a coordinated effort here. It's not like we have to completely outsource this. Our government is spending billions of dollars-- you have your Targets, Walmarts, JP Morgans spending billions of dollars. We need a coordinated effort where we share valuable intel to build a cyber-security. This is the biggest threat facing our country and our business and economy today.

NOMIKI KONST: I wish it was so simple. This is a really complicated situation here. Not only do we have to worry about domestic terrorism, cyber security and our companies, but we also have to worry about how France got hacked this week. How do we protect them? They had information that leaves our country insecure.

JONAS MAX FERRIS: These billion-dollar geniuses in America are not going to work with the government when they are making million dollars apps with start-up money. Our government workers are not up to this task. We need to have a simple, old-fashioned computer system that is hack proof. Maybe blow out the computers in the storage bin. We have to seriously deal with this in an old fashioned way and separate data that's important from the internet.