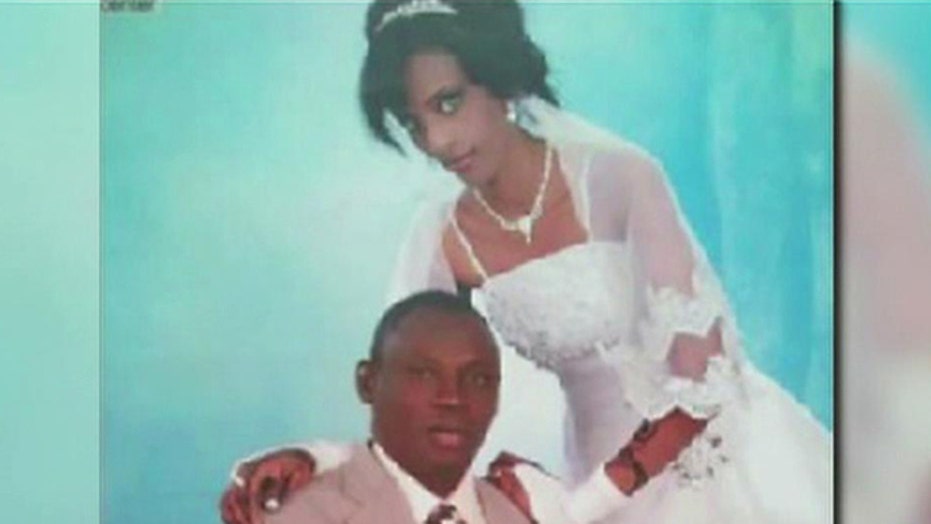 This is a rush transcript from "The Kelly File," May 29, 2014. This copy may not be in its final form and may be updated.

MEGYN KELLY, HOST: Well, there is a new effort tonight to pressure the White House to help a woman sentenced to death for her Christian faith. She was jailed after marrying a Christian man, which is forbidden for Muslim women under laws in Sudan. Just this week, she had to give birth in the notorious prison where she now resides with her newborn and a 20-month-old and while her husband is reportedly a U.S. citizen, the State Department today still would not confirm how if at all they are trying to help.

Tony Perkins is president of the Family Research Council, and is trying to change that. So, the husband is reportedly an American, which would make the two children American and so what exactly is the American government doing to help this family?

TONY PERKINS, PRESIDENT, FAMILY RESEARCH COUNCIL: Megyn, so far nothing that we can tell. They are refusing to answer any questions other than to condemn this but right now words are not enough. For four months, Meriam has been shackled to the floor, apparently reports say that she remains shackled while she was giving birth earlier this week. She's in there with a 20 month old and as you mentioned, now, about a three or four- day-old little girl, Maya. This is a prison that was built to contain about 100 people and according to the U.N., houses up to about 1,200 now. It's disease infested, mosquitoes, and according to a UN report again, one child a day, one infant a day dies in this prison during the summer months, which we're now entering.

KELLY: All right. So something needs to be done. I mean, her crime is her Christian faith. And this is somebody who is married to a U.S. citizen, we believe again the mother of two. If those children are American citizens, as well, in there, what should we be doing that we're not doing? Because today the State Department refused to say bubkis about what we are doing to help them.

PERKINS: Well, Megyn, these are two children that from everything we can tell would be American citizens. That requires verification. The father went to the embassy and Sudan and they basically told him they didn't have time. Now again, these are reports based on what we heard but we've been working with members of Congress, what could happen is the secretary of Homeland Security could immediately grant refugee status to the three of them regardless of their citizenship or not and that could give them an exit to this country because if they are released in this Muslim country, onto the streets, most likely they will be killed. But today --

KELLY: Because of their Christian faith?

PERKINS: Because of their Christian faith. She's been charged with apostasy and with adultery because she married a non-Muslim. The marriage is not recognized. So, not only is she supposed to be hanged but she's also going to receive 100 lashes. Now the judge, the Sharia law judge said that well we'll let her wean off -- the baby will be weaned before we execute her. We do not know when she will receive the 100 lashes. Now, today, Jeh Johnson, secretary of Homeland Security was asked by Congressman Trent Franks if he was aware of this case. Explained it him, he said I think I've heard about it. That was the response from the man who could grant on his own without any act of Congress, he could grant them refugee status and give them safe exit to this country.

KELLY: We need to get aware and quickly given those infant mortality rates that you just cite and the situation she's facing. I mean, these are two innocent children who are suffering, not to mention their mother and what if at all we're going to do. The State Department says they are discussing it.

PERKINS: Well, we need to put this on the steps of the White House. That's why we're using what the President's created his government's petition, his people's petition and we have a petition, people can go to frc.org/Sudan and take some right to the White House website, where they can sign up petition asking the president to do everything he can to allow this woman freedom.

I mean, look, at one point in time Megyn, it meant something to be an American citizen, it meant no matter where you were, no matter what you faced, you were not alone. Unfortunately, that's not true. Pastor Abedini in Iran has been in a jail for two years. Now, we have a mother with two little children in Khartoum, Sudan and of course we left Americans behind in Benghazi, Libya. You know, what? This is a tragedy. And we're seeing -- I think a direct correlation between this increasing religious hostility here at home by the hands of our own government and this rising persecution abroad, mainly of Christians.

KELLY: We've given them -- more than tens -- hundreds of millions of dollars and we should have some bargaining power. Tony, good to see you.

KELLY: Well, stay on it. Tell us what happens and we'll stay on it here.