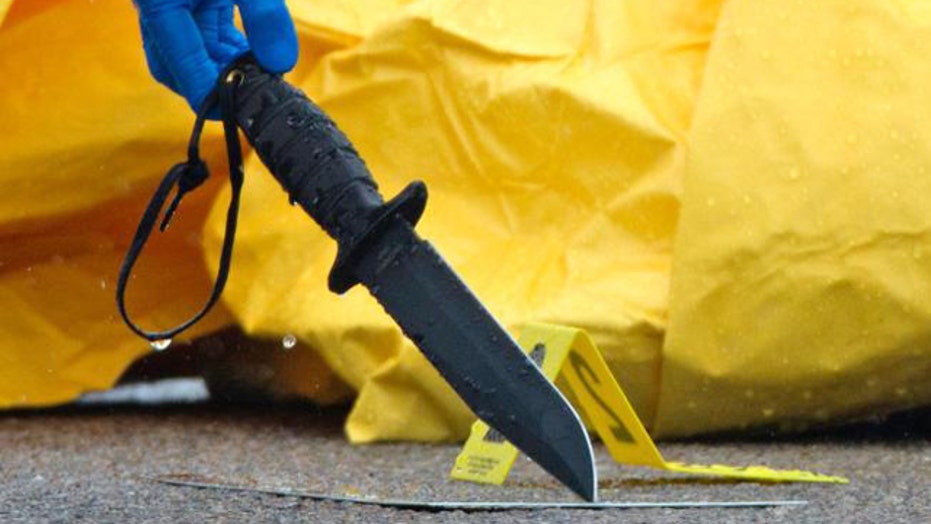 This is a rush transcript from "Your World," June 3, 2015. This copy may not be in its final form and may be updated.

OK. We now know that ISIS tries to recruit. That's unequivocal.  Homeland Security has said in all 50 states they have managed to do so.  This adds a scarier element.

STEVE ROGERS, COMMISSIONER OF TOWNSHIP OF NUTLEY, NEW JERSEY: Neil, as you said, we stated and predicted this on this show at this desk months ago that this was going to begin to happen.

America is now fighting for its survival. They're here. They're recruiting. And this is just one of many, many attacks to come.

CAVUTO: Do you know how they track these guys down, though? There is some dispute as to whether this would have made a difference with the Patriot Act in its old form, now the American Freedom Act in its present form. Do you know?

ROGERS: Neil, we need to increase the surveillance, not decrease it.  We need to give law enforcement and...

CAVUTO: But we don't know that that led to this?

ROGERS: Well, we don't yet.

But I can tell you this. With the inability to surveil electronically, to check out cell phones, to do what the NSA has been doing, and what local law enforcement has been doing with the technology that we need, we're going to see more and more of these attacks. Thank God that this was prevented. But how many more times are we going to get lucky?

CAVUTO: All right, now it gets back to profiling, gets back to how far you want to go when you target groups that seem to fit a pattern or a background. What do you think?

Why don't the politically correct people knock it off, all right?  Police officers and the intelligence community are not doing racial profiling. This is criminal profiling. And once you have a profile on particularly criminal suspects, that's who you go after. So, it has everything to do with criminal profiling, not racial programming -- profiling.

CAVUTO: Another thing I noticed in all of these attacks either thwarted or those we have seen played out, be it in London going after officers or here in New York City going after guys with axes, pickaxes, the like, crude, but very scary.

ROGERS: Very scary, because what is going to happen when you hear about, well, they're just not going to attack police officers, which represent government?

CAVUTO: Well, they tried in Australia. Right? They thwarted that attack just hours before.

ROGERS: They sure did. But what about tourists? What about people just walking down the street? What about if they start targeting children?

We are dealing with criminal warriors, terrorists that are looking to do much damage to this country. And we better wake up. We said this before. We're at war, for goodness' sakes. Let's call it what it is.

I hate it when we get together under these circumstances.

CAVUTO: But I do appreciate it just the same.

ROGERS: I don't mean to depress you.