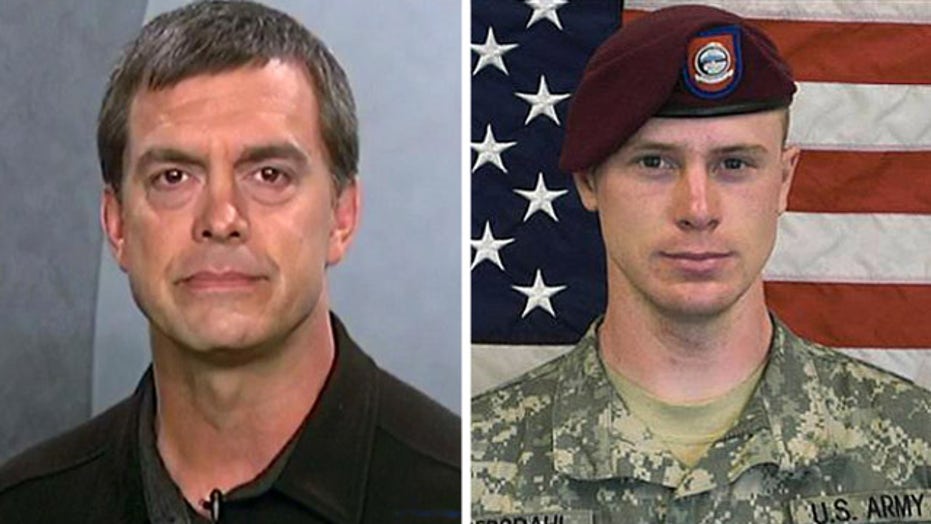 Navy SEAL who went on missions to save Bergdahl speaks out

This is a rush transcript from "Hannity," June 2, 2014. This copy may not be in its final form and may be updated.

SEAN HANNITY, HOST: In the wake of Sergeant Bowe Bergdahl's prisoner swap, many are questioning the details surrounding his capture five years ago. Now, it is being reported that he simply, quote, "walked away" from his post.

Joining me now is the Navy SEAL, one of them, who went on two separate missions to try and rescue Sergeant Bergdahl back in 2009. Thom Shea, thank you for being with us.

Washington Post today quotes a lot of guys that are very angry because they feel the full story hasn't been told here and that six soldiers gave up their life in the search for him. Is that true?

THOM SHEA, FORMER NAVY SEAL: Yes, Sean. Well, you know, we've been searching for five years. I did two ops myself that extended over two or three days in total, and a lot of risk to a lot of soldiers. And it's very interesting that now that after five years, when it's not in an extremist situation that we now have a delay or a transfer in some very high-level operatives from the Taliban.

HANNITY: Were you guys -- as you were doing this, were you aware of what The New York Post reported, some of the e-mails that he sent out, that, in fact, he said, I'm ashamed to be an American. The title of U.S. soldier is a lie of fools. And he said, I'm sorry for everything here, you know, we're a conceited country, on and on. Were you aware of those comments?

SHEA: No, at the time -- you got to realize, at the time, he was to us an American soldier. Whether he did something bad or not didn't matter.  What we were doing was developing intel that would make our -- affecting a target more, you know, effective, if you will. So you know, it really to us, it still doesn't matter. He's still a U.S. citizen.

HANNITY: I agree. Maybe he was suffering from PTSD or the Stockholm syndrome. You never know.

HANNITY: ... there's 250,000 guys back here that have gone multiple deployments and they are suffering from PTSD. Potentially -- I want to always give our soldiers the benefit of the doubt, but under the circumstances, if he left his post and he did so willingly, and six people lost their lives, does that change how you feel about this exchange, you know, one U.S. soldier for five others?

SHEA: Well, I even (ph) acknowledge that in my book. I had written about the one of the special operations that we went to, to pick up Bergdahl. Obviously, we didn't get him. And I remember -- or putting down in my book kind of what a pain it was to ask my SEAL brothers to go into a very hostile environment to pick up this guy. And how it makes me feel is I still agree if he's an American citizen, you need to do whatever you can, but you never exchange a prisoner for another one.

HANNITY: ... Thom, is that we didn't negotiate with terrorists.  Their position is that -- and Jay Carney said this today -- that these five guys do not represent a threat to the United States. Do you believe either one of those statements?

SHEA: I would give it a different name. They have a plan. If you don't want to call it negotiation, somebody made a plan and a decision to make this transfer happen. I think there's a plan.

HANNITY: But in reality, didn't we negotiate the release? I mean, that's just -- I mean, in other words, let's stop...

HANNITY: ... parsing words and splitting hairs here. This was a negotiation, and they are telling us it's not. They're telling us there's no threat posed by what is described as the dream team of terrorists. Do you believe that?

SHEA: You and I both know that you don't get better in prison. So they've been in prison much of their adult life, what is it, 12, 13 years now? They didn't like the United States more from that experience, so they're not going to go back happier.

SHEA: So they pose a big threat to soldiers and Americans.

HANNITY: All right, Thom. Thank you so much for being with us. We appreciate it.