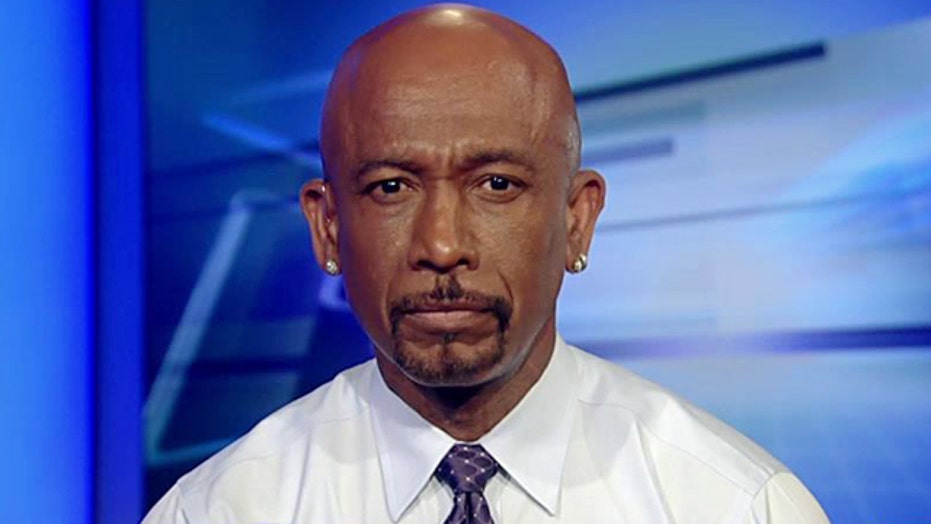 Montel Williams, US Marine's family take his fight to Europe

Former talk show host and family of Amir Hekmati are heading to London to plead for help and demand his release from an Iranian prison. #FreeAmirNow

This is a rush transcript from "On the Record," June 23, 2015. This copy may not be in its final form and may be updated.

GRETA VAN SUSTEREN, FOX NEWS HOST: It's 1,394 days. That's how long our American Marine, Amir Hekmati, has been held by Iran. And tonight, his family is heading to Europe.

Why Europe, and why now? TV Host and Marine veteran, Montel Williams, who has been helping Amir from the very beginning, he joins us. Nice to see you, Montel.

VAN SUSTEREN: Tell me, why is the family going to Europe?

WILLIAMS: I'm going to be following them. I'm going to go along with them to Europe. And as a matter of fact, I'm going to follow his trip. You guys can follow me on Twitter, @montel_williams. What we are going to do is we're going to go over there to see if we can gain some international press, and get some international human rights organizations to do what we don't want to seem to do here in our own country. So I'm literally tomorrow night headed to London with the family, and we intend to be in London, we plan and intend to go onto Vienna, and we plan being wherever the talks are to see if we can raise interest on an international footprint, to get people to say unequivocally free Amir.

VAN SUSTEREN: Well, you raised Vienna, that's where the talks are going on. We're coming up, pushing up against that June 30th deadline, when President Obama and the Iranian Government may or may not have a deal. But sort of hanging in this is Amir, Pastor Saeed Abedini, we've got a Washington Post Reporter...

VAN SUSTEREN: Former FBI agent, Bob Levinson. Where is he? We are up against that deadline, June 30th.

WILLIAMS: And up against the deadline. I intend to be up in some people's faces over there in Vienna, and reach out to as many organizations as we can get to raise the ire. I think that around the world people would say the same thing, how dare a country reach into our nation, find one of our citizens just because his lineage happens to be Iranian and arrest him for serving in our military, when that is completely against the law, and even the supreme leader has stated that people can do so.

What's really, really interesting is that right now this is 1,300 plus days. Are we at a point now can't we say enough is enough? It doesn't matter what's going on in the talks. I'm going to try to see if I can raise the ire internationally to get our boy home.

VAN SUSTEREN: Thirty seconds left, what's the Obama administration saying to you as you and the family embark on this journey?

WILLIAMS: I think we are being kind of kept away from it so that's why I need the public's help. Again, if they can go up on Give forward.com/freeAmir, you can help the family sustain some of these expenses, and maybe your interest by tweeting as much as you can #FreeAmirNow, we'll get the State Department to say something other than stay out of the conversation.

VAN SUSTEREN: And let me remind everybody, it's The Washington Post Reporter, it's a Christian pastor, it is a U.S. Marine, and a Former FBI Agent who all over there.

WILLIAMS: Thank you so much, Greta. You can follow me on twitter, and I know you're doing it.