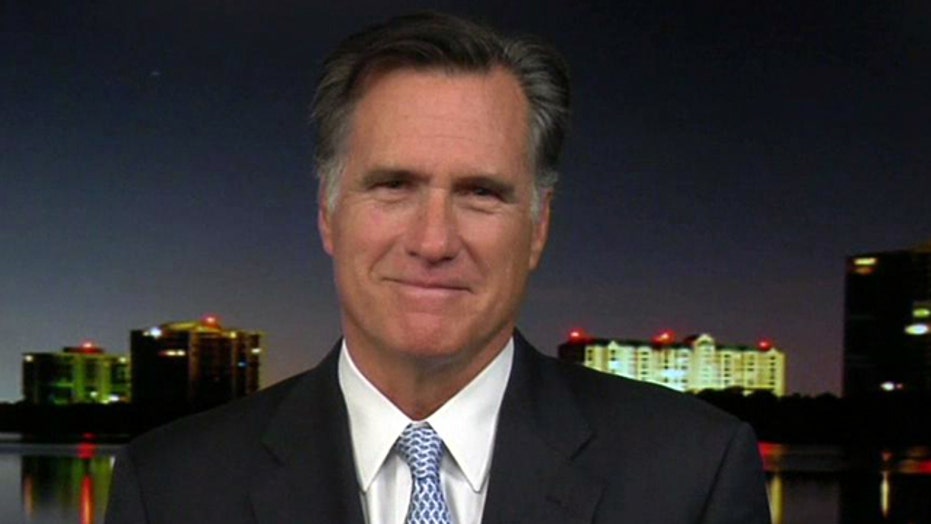 Fox Poll: 90 percent of Americans have little hope health law will help them

This is a rush transcript from "The Kelly File," February 13, 2014. This copy may not be in its final form and may be updated.

MEGYN KELLY, HOST: A brand new Fox Poll just out suggesting Americans have little hope that the health care law will help them. And don't believe the law would have passed if Americans had been told the truth about it. This week, we asked how families are faring under the health care law and a whopping 90 percent said their family is either the same or worse off than before it passed. The president has of course struggled to maintain his credibility on this law, thanks to his repeated assertions about how you would be able to keep the plan you had if you liked it, including the assertion he made in the first the presidential debate in October of 2012.

UNIDENTIFIED MALE: Right now the CBO says up to 20 million people will lose their insurance as ObamaCare goes into effect next year. This is why the American people don't want Medicare -- want ObamaCare. It's why republicans said do not do this.

KELLY: Well, earlier I had the chance to sit down with former Governor Mitt Romney.

MITT ROMNEY, FORMER MASSACHUSETTS GOVERNOR: Megyn, good to be with you.

KELLY: What a moment, you know, and now in retrospect it takes on that insignificance. You knew and so many knew what was likely happen under this law and now, the American people had found out and you see the dismay in the polls, over the fact that, you know, the plans have been canceled. The doctors are being lost, hospital coverage is being lost, and so on. Let me start with this, do you believe the American people should trust this president?

ROMNEY: Well, I think they -- they have lost the confidence they had in him. I think one of the great things you have as a leader of the country is the confidence of the people and the beliefs that what you're telling them is the truth. And I think that during the campaign and in the months afterward, the president consistently said that if people had insurance they like, they could keep it. They could keep their doctor, prices weren't going to go up. These things turned out not to be true and I think the -- the breach of that promise is something very seriously eroded the president's capacity to lead at a very critical time.

KELLY: And now, as you know, ObamaCare's problems continue to pop up day by day, the president now -- I think the executive actions he's taken on ObamaCare -- up to 28 moves he has made, end around Congress, that doesn't involve them extending the employer mandate and so on. And there's a question being asked not just by conservatives but by liberals, we had Jonathan Turley, a very left-leaning professor of law, who supports the president on the program last night who suggested this is becoming a lawless presidency, your thoughts.

ROMNEY: Well, it's a real mess. Look, the implementation of ObamaCare is one part of the problem. I think the breach of promise and the whole structure of how it's put together is the biggest problem. But the implementation having been an unmitigated mess and the people who need relief from the imposition of ObamaCare are the American families and that's the group that deserves to get some relief from this act. And I think it has been very disappointing and very revealing to see the president go through and make -- make these changes, which is a very tacit, and in fact, explicit recognition that the law isn't working and that this administration has not done the job they promised they would do.

KELLY: Many people feel the only real chance of reversing this law now is to elect a Republican president. And to have the Republicans win control of the senate and do it legislatively in the next presidential election. I know you have been asked, including recently whether you would consider a third try at the presidency. And there are polls including out of New Hampshire that place you as a frontrunner, you've said no, that you are not going to do it. Let me ask you this, are there any circumstances under which you would consider running?

ROMNEY: Well, I'm not running and I can't imagine any circumstances that would get me to run again and the reason is very simple. And that is, I think the best chance we have of taking back the White House is with someone who has not yet run in the way I did last time around, someone who brings a new vision and is able to communicate that to the American people in a way that leads to a victory. And so, I'm going to be supporting a Republican nominee in 2016. And I believe it is critical for many, many reasons. ObamaCare being one of them, so I'm going to be fighting for that person. And I think someone besides me is more likely to be happy to be the winner and that is why I'm going to be stepping aside for him.

KELLY: What is the one piece of advice you would give to the GOP nominee having gone up against the Democratic machine?

ROMNEY: Well, it's start early, work long and hard, make sure that your message is communicated as early as possible so the Democrats can't vilify you before your words are even out of your mouth. Make sure you don't make mistakes like I did. Learn from the mistakes of the past.

KELLY: Tough to do.

ROMNEY: It is pretty hard in this world.

ROMNEY: Well, I think it is a real problem when you spend that kind of money. $50 billion apparently spent by China, $50 billion by Russia. You might say where is the harm if a country wants to show off? Because by the way, only a fraction of that is necessary to put on an Olympic sport, you can put on an Olympic sport for a much, much smaller number than that. And frankly, games that were held here in the U.S., Atlanta and Salt Lake City were held at the cost of well, about $3 billion. So, much, much smaller number. So, what's the harm? The harm is that money could be used to fight disease and poverty. The harm is that nations that might otherwise be able to host the games are frightened away from being able to do so because they can't keep up with the big spenders. And the harm is that the poor of the world look at this kind of excess and they frankly have to be just dismayed and some cases, angry at what's being spent. I think the international Olympic Committee has to limit the kind of money that goes into budgets to put into Olympic Games and to make sure that we're not spending money in a way that's frivolous.

KELLY: And you did it for a measly old $3 billion, which is pretty impressive. I want to ask you this Russia has come under fire for hosting the games and -- and the Olympic committee for allowing them, because of Putin and the Russian government's stance on gays. And even just today, they made news, by saying gays internationally wouldn't be allowed to adopt Russian children. You can get thrown in jail if you say anything that's considered pro-gay in Russia. Is that an issue? Should they have been prohibited from hosting the games because of that?

ROMNEY: Well, I think the Russian position is a reprehensible position. And I think they're wrong minded in pursuing the -- the kind of agenda they're apparently pursuing. I -- I understand that this is not being pursued at the Olympics and those that are gay athletes are able to participate. It is unfortunate, I -- I don't know that you should prevent countries from being able to host the Olympics. But, look, I'm no fan of Mr. Putin. I think he is a thug. I think he is one of the worst actors on the world stage. I--- I'm not wild about the fact that he is hosting the Olympics, but you know, the Olympics is about sports and about the athletes and you got to put the politics aside, I think.

KELLY: Good to see you, sir. All the best to you.

ROMNEY: Thanks, Megyn, good to be with you.