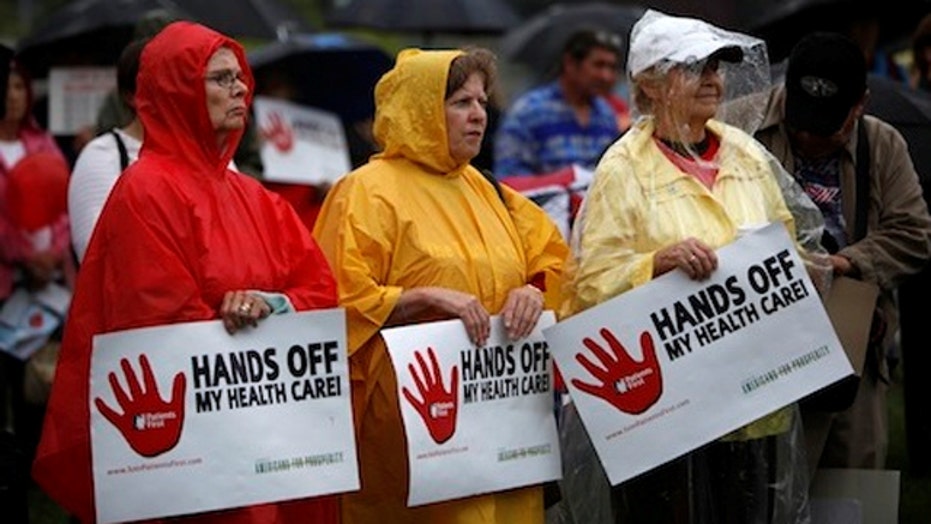 CHARLES PAYNE: Nancy Pelosi and everyone else said we will like it the more we get to know it. That answer is wrong. It was always there because of the basic math. We will add 30 million people, take away options, not put the private sector in there, we won't have any kind of legal reforms at all, and we will do it all on the backs of the youngest, poorest people in the country. It's not working.

DAGEN MCDOWELL: You are seeing it already with people who bought the health insurance through the exchanges. You are going to see all of these costs passed on. You will you see higher co-pays, higher deductibles for everybody in this country. There is a lot that is not even in effect yet. The employer mandate doesn't go into effect for another year.

CHARLIE GASPARINO: I think they have doubled down on a bad law. It will be even worse than what it was before, and I think what makes this politically extremely dangerous for liberalism in general, is the fact that most of these sorts of entitlements help the middle class. The pain is paid for either when the economy grows or by debt, so you extended it to future generations. What is bad for democrats is that the pain comes now. The middle class is getting screwed right now, and I have a little smile on my face because I'm telling you this is political dynamite for the Democratic Party, the guys that created this thing are probably going to be thrown out.

ADAM LASHINSKY: The short answer to that question is we don't know. I mean, it's interesting. They asked the employees in December, are you seeing more? Are you paying more money out of your pay check? As an employee, employees aren't necessarily the best sources on what they have in their paychecks.

CHARLES PAYNE: You know what, that statement could have been a lot shorter. He should have said, "We should redouble our efforts to make sure the economy works." That's it! The notion that we have only spent $20 trillion on this thing, how about 40 trillion, would that do it? How about not reexamining the program? By the way, poverty for 18 and under is up significantly. For 18 to 64, it's up 37%. These numbers are mind-boggling. If you look at things they are proposing, they look like the acts that were passed back then.

CHARLIE GASPARINO: Peak poverty 50 years ago was a lot harsher than it is now. How do I know this? I'm not saying this because I'm an elitist. My mother grew up in a housing project. Thank god I didn't. My dad worked two jobs. I'm telling you, people in housing projects have color TVs. People are too comfortable in poverty, but you also have to look at the root causes, and money doesn't always address that.

DAGEN MCDOWELL: You see the money being spent, and you see the abuses in the system as it stands now, just look at disability, this is a new permanent entitlement in this country. Spending has doubled on disability in the last decade. Just in the past year, there was a huge bust in New York City of abuses among policemen and firemen. This thing is going to go bust in about three years from now. It's not getting fixed.

ADAM LASHINSKY: I will start by saying should we clean up and improve the entitlement programs, but it would be the wrong reaction to say that we should stop before raising more money. We should not envision a society where we don't help people who are in need, Charlie made the right point; there have been great successes from these programs.

CHARLES PAYNE: I got a feeling, especially after the jobs report; they got a few more things that might be a little bit more important. Here's my theory, I think they saw the commercial and they said "how dare they" take our idea of magic pixy dust as a magic elixir. Go after those guys, boys.

ADAM LASHINSKY: I think its fine to have the government regulate false and misleading advertising. That helps the capital system to make sure people aren't taken advantage of.

DAGEN MCDOWELL: This is one role the government I have no problem with. You cannot go on the public air waves and lie to the American people about your product.

CHARLIE GASPARINO: Listen, there's a degree of personal responsibility here. Does anybody really in their right mind believe that if you sprinkle this crap on your food you'll lose weight?