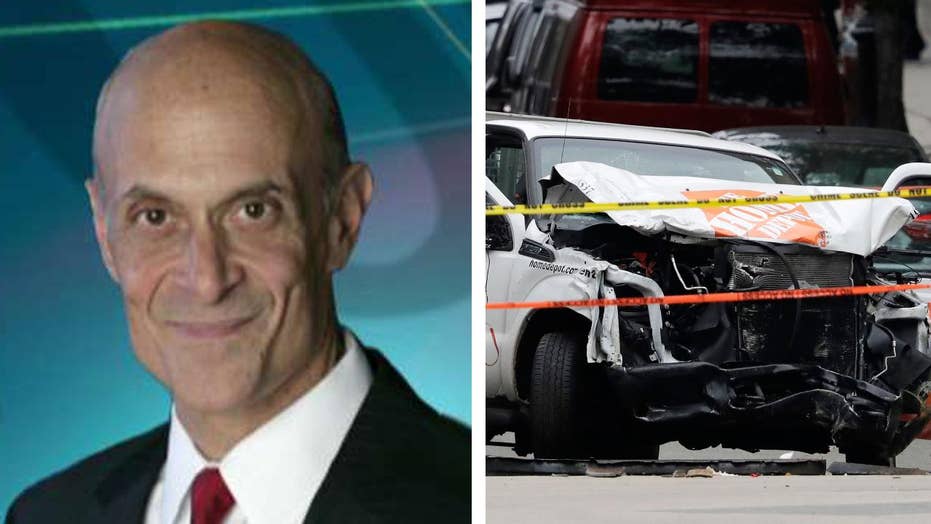 This is a rush transcript from "Your World," November 1, 2017. This copy may not be in its final form and may be updated.

NEIL CAVUTO, "YOUR WORLD" HOST: All right, let's get the read on all of this and how safe we are or concerns about holes in our security from former Homeland Security secretary Michael Chertoff, who joins us on the phone.

Secretary, very good to have you.

This program that got Saipov here, how many others like him are here, you suspect?

And my heart goes out to all those who lost loved ones or who are now recovering from serious injuries.

The diversity program is a separate issue than terrorism. You can debate whether we ought to have an entirely merit-based system or ought to have a system that attempts to use a lottery. In this case, at least as far as has been reported, it does not appear that the individual came in as a radical, but he got radicalized later.

So I would really treat that as a separate issue. Really, he presents the most difficult kind of challenge for law enforcement. It doesn't appear that he was very active online communicating with, for example, ISIS. At least we haven't seen that yet.

It does appear there might have been some associations that warranted a deeper look, but nothing at least has been reported that suggests there was something even approaching the level of violence.

So in these cases, as we have seen in Europe and we have seen occasionally in the U.S., it's very difficult to stop a lone actor getting ahold of an automobile or even a knife or a weapon and trying to kill some people.

And the best we can do often is a swift response that we saw the New York Police Department do the other day.

CAVUTO: Yes. And to your point, a person may be fine when they enter here and they become radicalized some time during their stay here.

In this case, we learned that Saipov, ABC News was reporting some officials at the Department of Homeland Security were interviewing and talking to him, but they really didn't have enough to further their inquiries.

So, a lot can slip through. And many are here already, whether they went through this program or not. But is it your fear right now that this radicalization at a time when ISIS on the run globally is still very much a factor and a fear, that we sometimes get too complacent thinking that because ISIS on the run in some of these locales, as what the president was even echoing again today, it doesn't mean that we should let our guard down?

What are your thoughts?

CHERTOFF: I agree with you totally, Neil.

I think, in fact, as they lose territory, their efforts are likely to turn more to exporting terrorism to other parts of the globe. Some of it will be within the region, people going into parts of Africa. We have seen examples of this in Europe. And I'm sure they will try to at least inspire people to carry out attacks in the U.S. in order to show that they're still a vital force and in order to be able to recruit more people to their cause.

So I think this is a time to be on our guard, not to panic or get hysterical, but to recognize that the threat has not gone away, and we need to be alert, and we need to get the communities to speak up when they see somebody who looks like they're moving into an extreme state of mind. We need to have people speak up and say, whether it's to the police or to community leaders, someone has got to stop this and maybe intervene.

CHERTOFF: Good to be on.