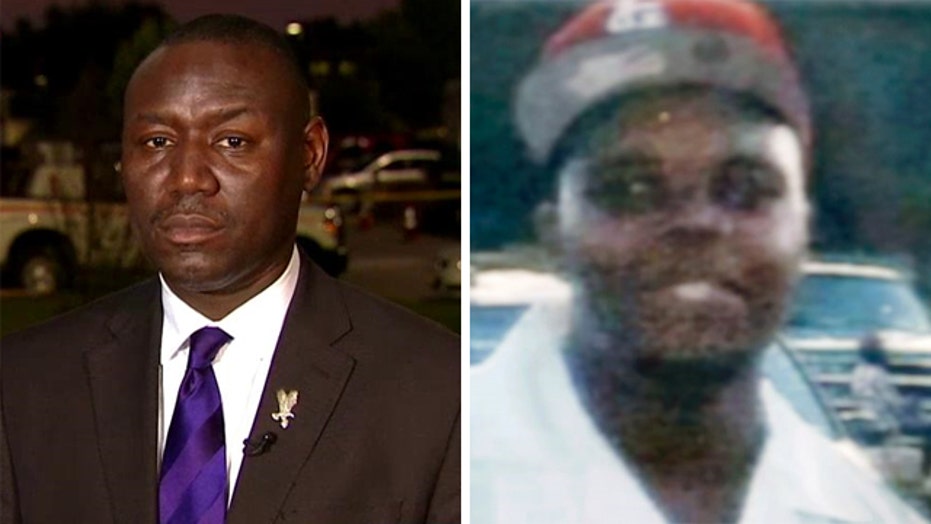 Ben Crump on the significance of the private autopsy

This is a rush transcript from "The Kelly File," August 18, 2014. This copy may not be in its final form and may be updated.

MEGYN KELLY, HOST: Back to our breaking news from Ferguson, Missouri, where the National Guard is now on the ground to help restore order after a weekend of violent protests. As we told you just before the break we are joined now by Benjamin Crump, an attorney for Michael Brown's family.

Mr. Crump, thank you very much for being here tonight. And so, let me start with this. I asked Dr. Baden personally today, because I confessed to being confused by his presser earlier. And I saw the family presser in which the attorneys claimed this autopsy report proved their theory that Michael Brown was running away at the time or attempting to surrender, one or the other, at the time of this confrontation. Dr. Baden says that is not the case. He said the autopsy results do not prove that Michael Brown was running toward the officer or running away from the officer at the time he was shot.

BENJAMIN CRUMP, ATTORNEY FOR MICHAEL BROWN'S FAMILY: Megyn, I think what the autopsy conclusively showed is that the multiple witnesses who said he had his hands up, forward to backwards on the hand, but more importantly it confirmed that he was shot multiple times and that was very troubling to shoot an unarmed teenager in broad daylight multiple times like that. And Dr. Baden also said, and you know Dr. Baden well, that he wants the full account before he can finish his autopsy. This was a preliminary autopsy where he needs to clothes that Michael Brown was wearing, he wants to see where the x-rays, where bullets came out of Michael Brown's body.

He also wants whatever evidence there was in the police car. And he also wants all the witnesses' accounts, because that tells the full story. And so what the witnesses saw there it troubled them greatly. And they are very disappointed about it. And with this autopsy this is the first step to getting answers of what really happened to cause an unarmed teen to be shot and killed in broad daylight.

KELLY: Indeed. And he said that what we really need here to figure out that the answer of who was the aggressor and who was not, who was the victim, you know, as this confrontation began to unfold, is eyewitness accounts. And as I told the audience in the last block, there have been accounts on both sides. You have Dorian Johnson who was with Michael Brown who claims that the officer was the aggressor and shot him, he claimed, like an animal. But now you have this woman, Josie, calling into this radio show and this has been verified by someone close to the case saying, this will indeed be the officer's account, who says in fact it didn't go down that way at all.

CRUMP: Well, Megyn, I think that -- there lies the problem, the transparency of it. The police, you know, they offered up in piecemeal fashion information. It's hard to take the person saying, well, I didn't hear from him directly but I heard it from somebody who heard it from somebody. What you really want is his account. His statement.

CRUMP: And you want to look at his statement from the very beginning because, you know, the police chief said that he didn't know about whatever took place in the convenience store. And then this witness is trying to say he did know. So you want to know what he said at the very beginning. And one of the things that we want to tell everybody we said. The officer has due process. He has a right to due process, but to Michael Brown's family we don't even know if we get to that point if he's not at least held accountable and charged with doing something the family will never know anything about what happened.

CRUMP: Well, Megyn, you are assuming that there is no disciplinary history. We don't know that.

KELLY: That's what the police said.

CRUMP: They've been saying everything about the victim, the person who's dead on the ground. We want to know more about the shooter. We hope in the days to come that there's going to be transparency and we don't know anything about the police officer who shot and killed Michael Brown. I don't know what we can say other than you got the witness accounts, you got the preliminary autopsy report. When we get the autopsy that was performed by the law enforcement agency in St. Louis, it's going to help Dr. Baden come to some medical conclusions. But also it's going to help the full story come out. And at the end of the day hopefully Michael Brown's family can have his voice heard in an equal manner as well as the police who is obviously going to get due process of the law. And that's what you want to make the system work.

KELLY: Absolutely. And Dr. Baden did say he wanted to see that information. And I should mention to the viewers Dr. Baden will be here live tomorrow night hopefully with some more of that information. Benjamin Crump, all the best to you, sir. Thanks for sparing us the time tonight.