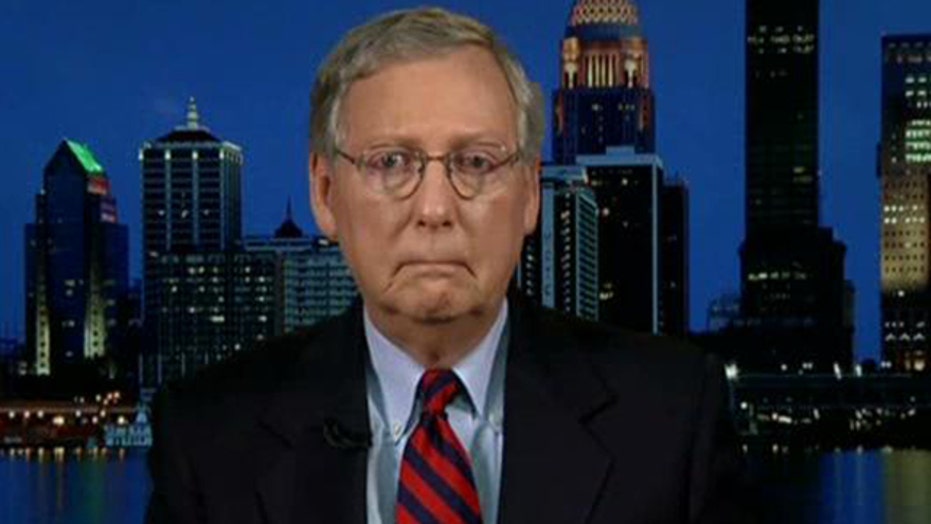 This is a rush transcript from "The Kelly File," May 19, 2014. This copy may not be in its final form and may be updated.

MEGYN KELLY, HOST: Despite the president's repeated promises to stay on top of the VA and to fix these problems that he was warned about, Press Secretary Jay Carney today had to admit to reporters that President Obama first heard about those Phoenix VA allegations on the news.

JIM ACOSTA, CNN SENIOR WHITE HOUSE CORRESPONDENT: When was the president first made aware of these problems, these fraudulent lists that were being kept to hide the wait times?

JAY CARNEY, WHITE HOUSE PRESS SECRETARY: I mean, this specific allegations that I think were reported first by your network out of Phoenix, I believe, we learned about them through the reports.

Sir, good of you to be here tonight. And so, now we learn, thanks to this Washington Times report now confirmed, that they were warned, they weren't just warned that the wait times were long, they were specifically warned that the VA Department, that administration should not trust the wait times that the medical facilities were reporting, that they were recommending a VA inspector general should take hold and test the accuracy of reported wait times, and yet, and yet Senator, it appears that was not done. The numbers were accepted or certainly there has been something has gone wrong because now all these years later, the problem appears to be worse than ever. You're reaction?

SEN. MITCH MCCONNELL, R-KY.: Look, the VA has been a problem for a long time. It's nice that the president is mad as hell, but why didn't he have the kind of attention applied to this he did to the ObamaCare website? Multiple press conferences, multiple communications with the American people.

Look, this is a huge problem. He needs to step up to the plate. Don't try to blame it on Bush or the Republicans in Congress. He's the CEO of the country. The VA reports to him. He ought to have the same kind of interest in this that he did in the ObamaCare website and that ObamaCare law in general.

Make it a top priority, shape these people up. It doesn't make any difference that he just heard about phoenix in April, we've known for years that the VA backlog was enormous. I had the secretary of Veterans administration in my office a year and a half ago on the same subject and other members have, as well. This has not been a secret that the VA was not doing right by our veterans.

KELLY: And yet, it takes it to another level when there is been specific warning or knowledge that the numbers are being falsified. Not only are the veterans waiting too long but that the data coming in from the VA facilities is false, is misrepresented and cannot be relied upon. So, no one can know without doing some sort of an audit just how bad the situation is.

Now, you mentioned the Republicans. According to the same reports now, nine recommendations arising from inspector general audits from 2005 to 2007 were not implemented by 2008 when officials were preparing that report for the incoming administrations. So both of these administrations have a dreadful history on this, however, we have to deal with the one we have in office now.

My question to you is what can be done? I mean, is this on Shinseki? Is this on President Obama? He's commander in chief. Shinseki is the secretary of Veterans Affairs. Does he have to go?

MCCONNELL: Look, it is a management problem, not a money problem. So it's obvious that the management team needs to be changed in order to address this problem. This is -- you know, I'm not saying that there were no problems in VA back during the Bush years, I give you an example. Back in 2006, they announced a new veterans' administration hospital in my hometown of Louisville Kentucky. Here, eight years later they haven't broken ground yet. Eight years between the announcement and breaking ground.

This whole agency is completely out of control, and as you indicated, now it may rise to the level of actually getting people killed because of the incompetence and the failure to service these wonderful veterans who deserve our finest care.

KELLY: What do you make of the fact that the President has yet to specifically come out and make a statement on this, as opposed to, you know, one answer to one question, our own Ed Henry pressed him on?

MCCONNELL: Yes. As I said, he needs to put the same kind of personal attention to this he did to the ObamaCare websites and the whole role out of that law. This is much more important. These men and women have sacrificed for our country. We promised them the best possible care. This is a promise that needs to be kept.

KELLY: Tomorrow is primary day for you. You've had a tough challenge from the Tea Party contender. So far, you're ahead in the polls and yet, they are saying, they're saying that if you win, you may have a tight reelection battle and that some of the Republicans may stay home, they may not be motivated because they like the Tea Party candidate who is challenging you. How do you motivate those people and get them out?

MCCONNELL: Look, you know, after, we had a big primary here in 2010 between my colleagues and Rand Paul and pretty incredible opponent to him. And right after the primary, everybody who supported the loser said I won't support Senator Paul. And by the time the election rolled around over 90 percent of Kentucky Republicans supported Senator Paul and he won.

There are always some hurt feelings after a primary. We'll going to be able to bring the party together. This state is not a state that is not hospitable to this administration. The president carried four out of 120 counties in my state, he launched a war on coal, we have a depression in the coal fields of Eastern Kentucky. I'm very confident the voters of Kentucky are not going to send somebody to the Senate to make Harry Reid the majority leader once again -- a guy who says coal makes you sick -- and provide another vote for Barack Obama. That's not going to happen in the commonwealth of Kentucky.

KELLY: Mr. Minority Leader, thank you very much for being here. We'll be watching the results tomorrow night.