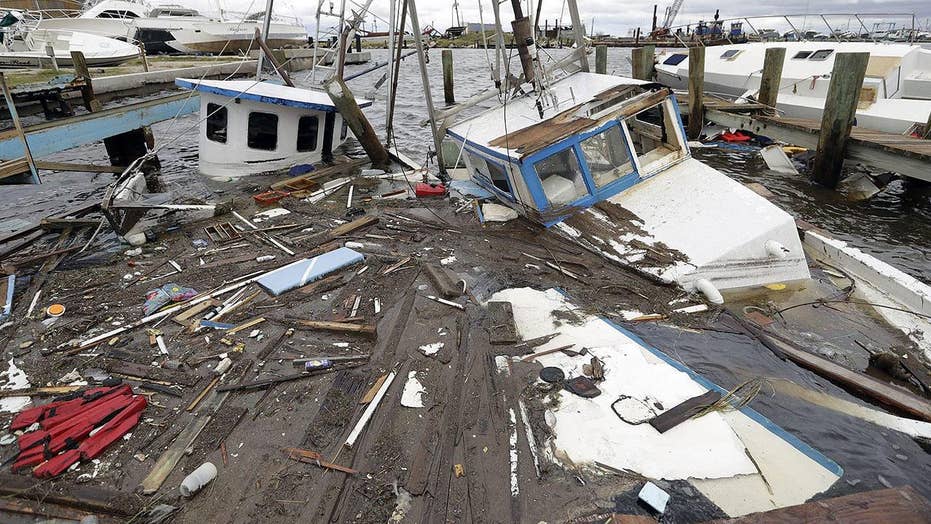 This is a rush transcript from "Your World," September 5, 2017. This copy may not be in its final form and may be updated.

NEIL CAVUTO, "YOUR WORLD" HOST: C.J. Wax is the mayor of Rockport, Texas. He joins us right now.

Mayor, thank you for taking the time.

How are things looking in your town?

CAVUTO: You know, Mayor, you had warned residents, use an abundance of caution. You called for, I think, a voluntary evacuation. You had taken it so far as to say those that didn't heed that, the urgency of this, might want to write their names and Social Security number on their arms to reinforce the point if you had to identify their bodies.

CAVUTO: How many took you up on that?

WAX: Well, Neil, we -- last Wednesday, when the National Weather Service, John Metz, our forecaster here in the Corpus Christi region, forecast that Harvey was going to reach Category 4, we issued a mandatory evacuation.

We estimate that approximately 60 percent of the community heeded that warning and actually left. And we're estimating that about 30 percent actually remained.

And there's -- if you add those two up, you notice that's 90. And you're a numbers guy. Ten percent, we just don't know.

WAX: So, I don't have a baseline that I can start with as to who left and who stayed.

CAVUTO: Oh, I commended you for just putting the fear of God and letting them realize that this is a real, real danger.

And I talk to you now about this at a time when Irma is barrelling in on Florida. And that's a Category 5 storm right now, Mayor. Already, the Keys have been urged to be evacuated certainly of tourists and residents maybe to follow.

What do you make of that and the preparations and advice you might offer for Floridians?

WAX: What I would say is leave early.

Irma is already at a Category 5. Fortunately, we only had a Category 4, 180 knots sustained wind the last thing I saw. Leave early.

You cannot replace a family member, the loved one. Get them to safety, and do it early.

CAVUTO: You know, out of abundance of caution, we're getting word as well, Mayor, that the Dolphins won't be playing their home game Sunday due to this Hurricane Irma closing in on the city and the state.

But a lot of people have not gotten used to this, because they haven't had to deal with this in a dozen years. And Harvey came along to remind them that it's real, and now Irma along, and now Jose, another hurricane coming up the Atlantic.

What do you make of how quickly things have changed and the severity of these storms?

WAX: Well, Neil, in my community, we have not had landfall of a storm of any size in 47 years. So, people were somewhat complacent about how to respond to the storm.

And our storm was wind-related. It was a hurricane. Our friends up the coast in Houston and Fort Bend County areas, they have a water-related event.

And it looks to me like Irma coming into Florida at a Category 5, that could be a combination of wind and water. So, it's been bad enough on the Texas coast already. And we're about to -- unfortunately, we may be witnessing a tragedy on the Florida coast as well.

I hope that weather forecasters are wrong and that high pressure pushes it more to the east and it misses Florida. But I'm afraid I'm not very confident of my own -- my own guess.

CAVUTO: There's a possibility, Mayor, some of this could sneak into the Gulf and hit you guys again.

WAX: And thanks for bringing that up. That's very kind of you.

WAX: We estimate an additional 30 percent or so either will not or cannot be rebuilt.

And I really don't need Irma or anybody like her to even come close to this community. My city is hurting already.

My best to you, Mayor, and your fine people. And it's been horrific. And that is putting it mildly.

Again, it's one of the lesser options and routes that Hurricane Irma could follow, and that is to hit the Gulf again. But it's among the half-dozen or so scenarios that show its potential path, right now, a Category 5 killer storm headed right for Florida.