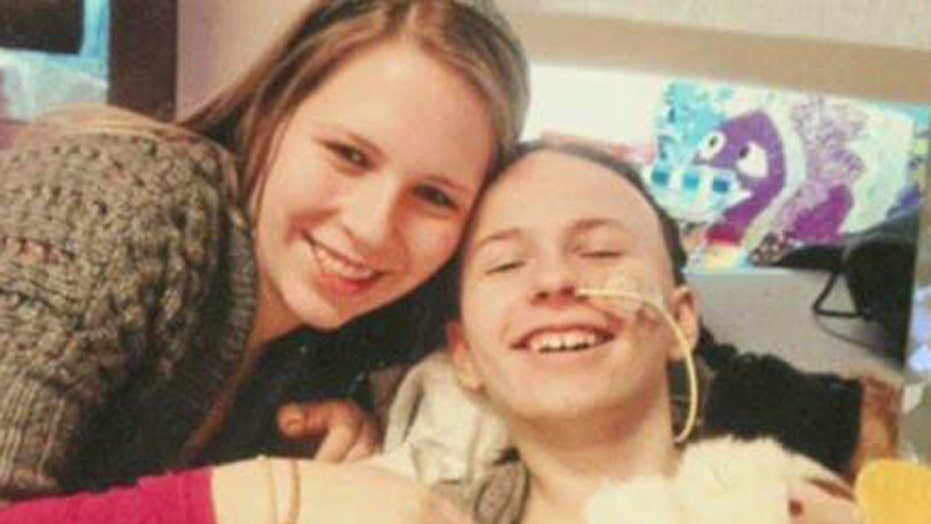 This is a rush transcript from "The Kelly File," February 24, 2014. This copy may not be in its final form and may be updated.

MEGYN KELLY, HOST: Breaking tonight, more on a story we have been following closely here, the case of 15-year-old Justina Pelletier, taken into Massachusetts State Custody after her parents disagreed with doctors at Boston Children's Hospital over her treatment plan. They believed the doctors at Tufts. Apparently the folks at Boston Children didn't like that. The parents today in Boston Juvenile Court devastated over learning -- the mother being taken out on a stretcher she was so upset -- over learning that their daughter may not go home with them and could soon be placed in foster care facility. Justina's mother actually collapses as we showed you from the news, and brought to a local hospital.

Matthew Staver was there. He is the founder and chairman of Liberty Counsel, who's currently working with the Pelletier's legal team, although not yet officially on the case, which is why he is allowed to talk to us tonight. Matthew, good to see you. So, you are there today and this is unfolding. I know when -- you had the same reaction to this case as so many of us had initially, which is, there must be more going on here. What is the deal with these parents? What's the story? Because no court would just yank custody of a then-14-year-old child and deprive the parents for a year of custody allowing them to see her only one time a week, supervised visits.

MATTHEW STAVER: Megyn, that's exactly the reaction that we had -- or actually anybody would have when they understand the story. They have to say something else is going on. Maybe there's something going on with the parents. So, before we got on the case and invested a lot of time in the case, we did a lot of background information research on this. And we found out more and more there is nothing going on with the parents here that is an issue. In fact, what we have is Boston Children's Hospital and the Department of Children and Families, DCF, taking this child away from these parents who love this daughter and who want to care for this daughter, and who simply disagree with the recent diagnosis of a newly minted physician who only had been out of medical school for seven months, who disagreed with her actual treating physicians from Tufts. In fact, in January of 2013.

KELLY: Who had been doing this for years?

STAVER: He had been doing this for years. He is a medical expert at Tufts, and in January 2013, Justina was figure skating. She was figure skating in ice competitions, as well. And in February, she develops a severe flu and bad stomach problems, unable to eat, so the doctor at Tufts recommends she goes to Boston Children's Hospital and recommends she see a gastroenterologist who went from Tufts to Boston. So, they checked her in, but they never get a chance even to this day to see that gastroenterologist.

STAVER: In fact, he got a brand new doctor who changes the diagnosis, says no, it is not what your expert doctor says, it is all in your mind, and then calls in DCF, and DCF then interferes.

KELLY: And DCF gets custody taken away from the parents. DCF basically, I mean they -- they basically deferred to Boston Children's. They go in there -- they don't have their own medical experts. They go to the judge and say the people at Boston Children says they're -- you know, basically abusing the girl. Gee, judge that's bad, and the judge says oh yeah, that is bad. Custody to DCF. But the problem is there is a whole medical team at Tufts saying it is not abuse, it's medical treatment based on a disease she has called mito.

But here's the thing I wanna ask you, Matt, because this is what the folks at Boston Children's basically say mito is a crock. That's -- that's -- if it exists, it doesn't exist in this case. And what actually is happening is it is not Justina that has psychological issues, it is the parents. From what I read in the Boston Globe, it's the parents, they used to call it Munchausen by proxy. Where the parent -- the child is not sick, but the parents working out some of his -- or her own and creating illnesses in the child and then getting unnecessary treatments and surgeries for the child.

STAVER: And here is the problem with that. Because if that were the case and you remove the parents from her, then her natural conditions should improve. But they have been removed from her for now 13 months. They only have one hour a week of supervised visitation. Most recently there were 5 DCF workers and a security guard during that one-hour visitation last Friday with Linda. And instead of getting better, she's gone from ice skating in January 2013 to be in a wheelchair. She in a desperate situation --

KELLY: We're showing the pictures. The wheelchair pictures, this is her a year ago, and the wheelchair pictures -- look at the split screen, here she is now. But could that also be psychological, the deprivation of her parents? You know, I don't know, what they're gonna say because they downgrading her, I guess, the severity of her medical condition by shifting her out of the hospital and to foster care, no?

STAVER: Yes, where she doesn't get any medical treatment at all. I mean, that even -- that even is worse. On Friday of last week, Linda saw her with these five DCF workers in the room and a security officer. Her stomach is now protruded, she has red lines developing on her abdomen that could be sign of some kind of poisoning. She got bruises on both arms and bruise or kind of blackening under one of her eyes.

KELLY: But they can't examine her and they can't talk about it, which is really the nutty thing. I want to carry this over, Matt, because we got to talk about this gag order and how crazy that is. Next.

KELLY: Back now to Mathew Staver, who was at the custody hearing today for 15-year-old Justina Pelletier. He is currently working with the Pelletier legal team, although not yet officially retained.

Matt, let's talk about this gag order, which is just so crazy to me. They're not allowed to talk -- the parents can't talk about what is happening in their family, the lawyers can't talk, is this because Justina is a juvenile?

STAVER: Well, you know, it's because I think DCF doesn't want to have any of this out in the public. You know, they can't even take a cell phone photograph of their daughter when they have this one hour supervised visitation, so they can't even bring it out to show it to the public. I have never seen a gag order like this at all in any situation. In fact, there's a case actually in the Massachusetts Supreme Court that overturned a gag order in the juvenile case where you had something similar to this situation. There is no reason whatsoever to prevent the parents from talking to any media other than wanting to cover up and keep this thing quiet. We only found about it when came out in the national media. And that is when we got involved and contacted --

STAVER: And you've done reporting on it. That's how we learned about it.

KELLY: Now, it is growing. Now, it's really growing.

KELLY: And the American public, they want answers. Because this goes beyond the Pelletier family, the question is whether this can happen to any family with the hospital like Boston Children's. This is basically Harvard, right? A hospital like this can lead to -- you trying to help your kid, and the next thing you know, you lose custody of her for a year and you can't speak about it.

STAVER: That is right, and it is not like they're refusing to follow medical treatment, they're following the medical treatment of the experts at Tufts. They just don't agree with this newly minted idea that it is all in your head.

KELLY: So what's gonna happen to Lou, do you think -- because I know they moved to hold him in contempt for speaking out. Do you think that's likely to succeed? Quickly.

STAVER: I don't think so. I think this gag order is blatantly unconstitutional. We'll get in and turn this over. I mean, it's absolutely unconstitutional. Today, it was heartbreaking to see Linda collapse outside of the courtroom because of the stress. To see the three sibling sisters, some of them are adults, crying and just weeping over the fact they can't see their sister.

This is just absolutely tearing this family apart.

KELLY: We're out of time. Thanks for being here.