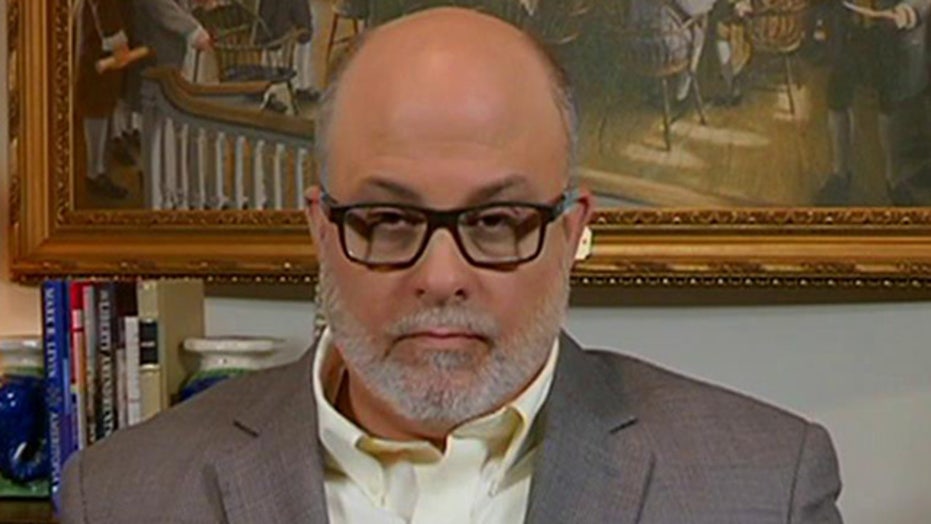 Mark Levin on the left undermining the justice system

This is a rush transcript from "Hannity," December 2, 2014. This copy may not be in its final form and may be updated.

SEAN HANNITY, HOST: Last Monday, we all watched in horror as violent protests erupted in Ferguson, Missouri. Now, many are wondering, were these riots legitimized by those on the left?

For example, take a look at what Nation of Islam leader Louis Farrakhan had to say just days before the Ferguson grand jury reached their decision.  Take a look.

MINISTER LOUIS FARRAKHAN, NATION OF ISLAM: As long as they kill us and go to Wendy's and have a burger and go to sleep, they're going to keep killing us. But when we die and they die, then soon we're going to sit at a table and talk about we tired, we want some of this earth because we will tear this (EXPLETIVE DELETED) country up!

HANNITY: And now Reverend Jesse Jackson -- he's refusing to accept the justice carried out by the grand jury. Watch what he says.

REV. JESSE JACKSON: The fact is, after three-and-a-half months, this was no jury of substance, no jury of integrity, no real America (ph). This was a hangman's noose. It's not right, and we all deserve better.

HANNITY: The grand jury was just a hangman's noose?

Here with reaction, nationally syndicated radio talk show host, "The Great One," Mark Levin.  Mark, your reaction to this?

As far as Jesse Jackson is concerned, Ferguson is not Selma and Michael Brown is not Emmett Till! There was no racial profiling here. There was no racist police officer here. The "militarization," quote, unquote, of the police force had nothing to do with this. This police officer was acting in self-defense, and Michael Brown was the perpetrator here!

Now, this country's being turned upside down by this president and attorney general and their surrogates. So the question is why. And I'll tell you why, among other reasons. In the black community under our first black president and our first black attorney general, it's miserable! High unemployment. The schools stink! And they oppose school choice.

What else is going on? Black-on-black crime is through the roof! Nine out of ten blacks are murdered by blacks! You've got gang violence in inner cities like Chicago! What are they doing about it? Nothing!

When they met on Monday, did they talk about it? Not a word! What about those shop owners who were burned out in Ferguson, Missouri, overwhelmingly black and Hispanic. Were they invited to speak on Monday? Nothing!

So now Obama and Holder and the surrogates are doing what? They're undermining our police officers, all police officers, regardless of race, pushing what? An agenda to nationalize local police forces? Why? Why?  Is Obama doing such a great job? He's doing a disastrous job! This has nothing to do with racial profiling --

HANNITY: Let me ask you, as a lawyer -- I would argue that if you don't go after -- use all the evidence that we have to go after those people that were looting, the arsonists in this case, those that were inciting in this case, you're setting yourself up for another incident to occur.

Let me give you an example, the stepfather of Michael Brown. We know his comments. Let's play them again.

HANNITY: Again and again, Burn this down! We've got video. We're going to have more new video tonight from another store being looted. But those that are looting in this video, the comments of the father, what do you suggest from a legal point should be done in terms of those inciting and those looting and those that are arsonists? What should happen?

LEVIN: Where is the civil rights division of the Justice Department? What is it, only pushing an ideological left agenda? Answer, yes.

The civil rights division of the Justice Department should be defending all those little shop owners who are minorities. They should go in there, get those tapes, do hard law enforcement, look at the faces. There are a lot of faces in those face when those masks came down. Find out who they are, hunt them down, prosecute them and throw them in jail for arson, for looting, for rioting, for felonies, all kinds of felonies. That's number one.

HANNITY: Well, the stories, the evidence was overwhelming and compelling.  You were never going to get a guilty verdict if it went to trial by a jury in the first place. Everybody knew that, even Eric Holder. But again he went out with his irresponsible comments.

I want to look at some of the numbers, statistics, because the president, Eric Holder, Al Sharpton, they all claim to have a monopoly on compassion for people, minorities specifically. Number of people killed by law enforcement with a firearm, you can see the CDC numbers, 471. The number of black Americans killed by law enforcement, 123, Whites, Hispanics, 326.  But if you look at black on black crime and in particular murder, look at that number. It's happening, 90 percent of the killings are happening, it's black on black crime. If the president really cared, if Eric Holder really cared, Al Sharpton really cared, wouldn't they be going into cities like Newark, New Jersey, and Chicago, the president's hometown? If they really cared wouldn't they be dealing with this, the failing schools that you mentioned?  Why aren't they dealing with this?

LEVIN: I'll tell you why. The hard truth is they don't care. They're ideologues. They're pushing an agenda. They're trying to nationalize something that never happened. They're not going to go into these towns.  I'll tell you why also, Sean. Because they're run by Democrats and Democrat policies and liberal policies that break up families, that promote destitution, that subsidize the wrong kinds of things and attack the right kinds of things. These towns have been controlled by Democrats and the liberal agenda for half a century.

So what's Obama and what's Holder going to do? They're not circumspect.  They're not going to look in the mirror and talk about what they've done and what these mayors in other communities have done. They're just not going to do it. So they advance a different kind of agenda.

LEVIN: Over 100 die every single year.

LEVIN: It's a horrific thing.

HANNITY: Mark, we've got to roll. Thank you, the great one.

HANNITY: It's enormous. All right, thank you.