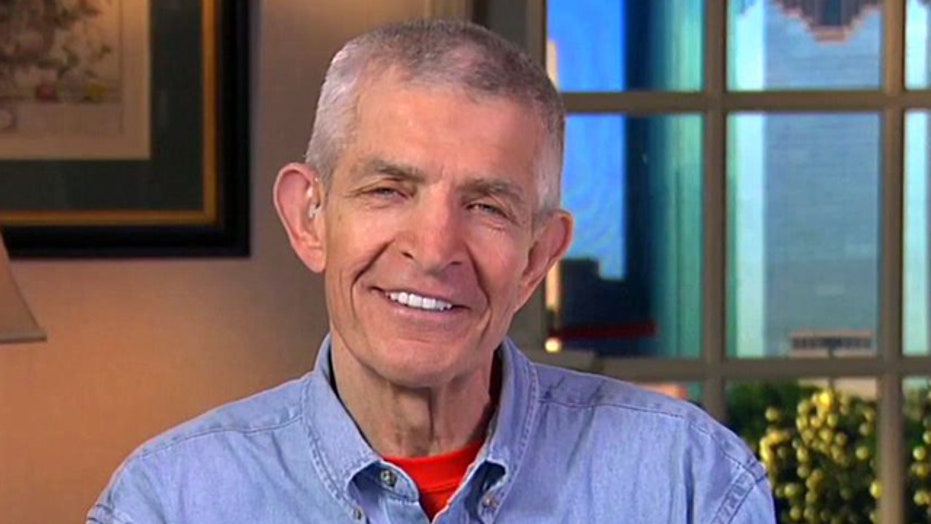 'Mattress Mac' put a lot on the line for promotion

This is a rush transcript from "Hannity," February 4, 2014. This copy may not be in its final form and may be updated.

SEAN HANNITY, HOST: All right, the Broncos loss on Sunday was disappointing for everyone who bet on Peyton Manning, including myself. But nearly no one had as much on the line as my next guest. He goes by the name "Mattress Mack" and is the owner of a gallery furniture store in Houston, Texas. You probably heard by now about the big Super Bowl bet that he made with his customers. If Seattle won any purchase over $6,000 made in the last two weeks and delivered by game day would be completely refunded. As a result, Mattress Mack is out an estimated $7 million. Here to tell us why he's still smiling about all this, the man himself, Jim McIngvale is with us. How are you, sir?

JIM MCINGVALE: Hi, Sean, great to be on the show.

HANNITY: Obviously you can afford it or else you wouldn't have made the bet?

MCINGVALE: Right. It was a promotion that if the customers bought $6,000 worth and I had it delivered before game time, they got the furniture free if Seattle won, like what you mentioned. I was pulling for Seattle to win the game to make all of our customers happy, and that's exactly what happened.

HANNITY: What were the overall sales, how many people were Broncos fans? Did they also come in? Did you make it up in other sales? Was this just money you had laying around in your mattress somewhere?

MCINGVALE: Normally when we have a promotion like this, we have a lot of people who buy $6,000 plus and a lot who didn't. But at this time almost 90 percent of the customers bought 6,000 plus. So it was a tremendous promotion, we did tons of business, much more than normal, and almost every customer bought $6,000 plus. So we're a big loser on this deal, but at the same time we're a winner because we had over 1,000 Houston families very happy as they watched the big game on Sunday night and watched the Seattle team win the big game.

HANNITY: I've gotta say -- the promotion value right? You probably couldn't pay for all the PR you've gotten. I've been watching, you're all over the place, and obviously, Houston's been talking about you ever since.

HANNITY: They have $6,000 worth of new furniture. It may be a while before since they come back in. All right, next question, next year, would you do it again?

MCINGVALE: I would do it again in a minute, because we had three times the normal volume we did. It was a great exercise in free enterprise. The customers were happy, the salesmen were happy. The staff was happy. All the people that work for us worked overtime. Lots of extra hours the last two weeks. We'll give them all an extra paycheck tomorrow because of great efforts and everybody had a good time. We lost money on the promotion but it was a great marketing gig, and we'll make it up in the future.

HANNITY: Alright, well, good luck to you Mattress Mack, appreciate you being with us. Good luck and -

I hope you sign those checks pretty quick, people will be happy, 1,000 folks, that's pretty nice.

Coming up, as he prepares to sign off at NBC, Jay Leno offers a glimpse into his true feelings about Conan O'Brien. A Hollywood insider is going to reveal all of that and more, coming up next.