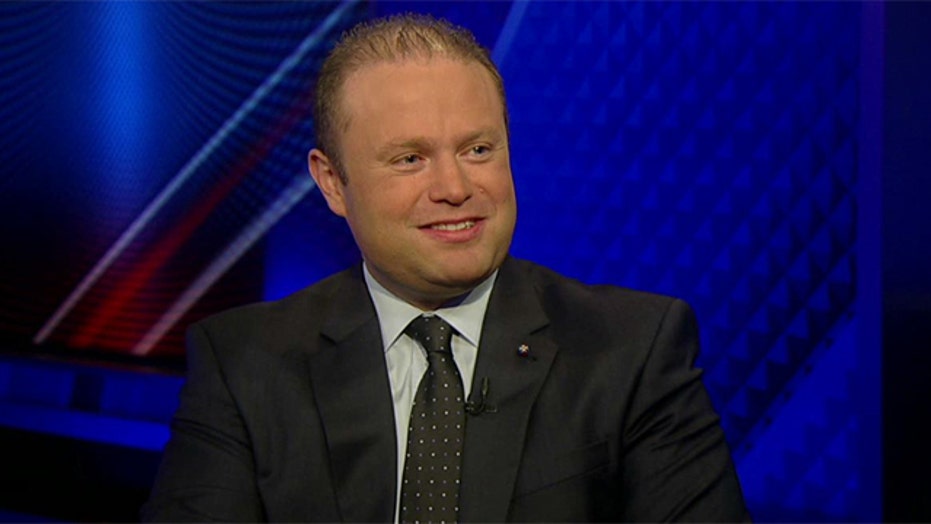 Joseph Muscat on 'Cashin' In'

NEW POLL: RECORD NUMBER OF AMERICANS SAY GOV'T HAS "TOO MUCH POWER"

MICHELLE FIELDS: Just look at what's going on: we have the NSA spying on every American, we have mayors telling us how much soda we can drink-now we have government taking over health care. I think a lot of Americans believed Obama when he came in and said that government was going to be the answer to all of our problems, and now we've got it, we've tried it, and I think a lot of Americans are saying "no, we're not interested anymore."

JONATHAN HOENIG: Government is so involved now in ideas and practices in which it wasn't even 100 years ago. In fact, the whole concept of government has changed since this country was founded. The promise of America was that government was limited. It was responsible for one thing: protecting individual rights. But to Michelle's point, we now have government involved in deciding who can cut hair, what we eat, what we can drive, how to run our businesses, what companies get saved, what companies get bailed out, how companies get broken up in terms of anti-trust. Today's America is virtually unrecognizable to what it was even 100 years ago, and government size and scope is why.

EBONI WILLIAMS: I do think we need to rein it in. I think when we talk about those programs-sure there are people that are absolutely in need, and they do need some type of safety net. But the way that we're doing it is not effective. It's too much waste, and there absolutely is some fraud there. I think there's some accountability within our government to do a better job with those programs.

WAYNE ROGERS: This all started with the New Deal. There's a Tenth Amendment to the Constitution that says all of those rights not specifically mentioned in the Constitution that are relegated to the federal government are relegated to the states and to the people. We have abandoned that. ObamaCare is an example of that. I think that if you go back and look at the Supreme Court decisions Wickard vs. Filburn in which in 1942 the federal government said that a guy who was growing grain on his own land for his own use was subject to the inter-state commerce laws because he was affecting the prices that were in affect at that time. So the Commerce Act has been used to aggrandize more and more federal government getting into oue business and doing whatever the heck they want to do. It's a terrible thing. Even Justice Roberts when he imposed ObamaCare on us by calling it a tax-nowhere in the law does it say it's a tax. He invented that.

JONATHAN HOENIG: It's bewildering. I've always said that an environmental regulator's role is to hurt mankind, and this story probably exemplifies it better than anything. Coal violated no one's rights. Cutting these coal plants, by the EPA's admissions won't even affect CO2 levels, so why do it? Why impede this technological innovation in energy-whether it's coal or Keystone pipeline-other than if your goal was to hurt humans and hurt mankind? Government should stay out of energy and actually let the free market determine-- whether it's coal alternatives or anything else-- what's best to use.

WAYNE ROGERS: The part that's so loony about all of this is that the EPA-whose job it is to protect the environment-is saying that this has no effect. It's not going to add CO2 to the atmosphere; it's not going to do all the things that it abhors to do. It's not going to do any of those things, and yet here it is passing a rule that says you can't do it. It's just dumb. It's what we were talking about in the A block. The government doesn't understand one hand what the other one is doing.

EBONI WILLIAMS: There's a problem here. To be clear, I believe that global warming is a real issue and this is something to be taken seriously. But there are a lot of people that don't believe in it, and it's because of stuff like this. It undermines the credibility of the EPA when they say out of their own mouths it's actually really not going to affect the carbon emissions at all. So it's a bit problematic for them on the credibility front; I do agree with that.

MICHELLE FIELDS: Ever since Obama came into office 138 coal plants have shut down, and it's estimated that 207 more will shut down within the decade. The reason why is because of EPA regulations. So what I don't understand is are all of these unemployed coal workers who are trying to feed their families supposed to take comfort in the fact that their jobs were killed for a regulation that doesn't even work? Where are they supposed to go? Are they going to work at Solyndra?

MICHELLE FIELDS: She's been on paid leave for months now. Now she's going to get tons of benefits? This is telling all federal workers that they can abuse their powers. They can refuse to answer questions, and not only can they just retire and have a nice, quiet life, but it will be paid for by the very same people they were targeting. It's completely unfair. It sets a bad precedent.

EBONI WILLIAMS: At the end of the day it's time to pull out that Constitution of yours, which I like a lot by the way. And Wayne-it's time for the Fifth Amendment here, right? I mean come on guys, you can't have it both ways. There's a Fifth Amendment right against self-incrimination and that's what she's invoking. We can be frustrated by it, I admit it. It's not cool and Issa has made it clear we're going to get some answers about this one way or the other. But the woman is owed her pension.

JONATHAN HOENIG: Even without Lerner the real problem remains, and that is the IRS. It is basically unrestrained, with totally subjective, arbitrary rules that are haphazardly enforced. So rather than come down on Lois Lerner who, to my knowledge, hasn't actually been convicted of a crime, why not take this opportunity to change the system-to move towards a moral tax system, a flat-tax system that actually treats everyone the same and totally eliminates the possibility of this type of subjective enforcement, which is what Lerner and so many others have been behind.

"HOT SEAT" WITH THE PRIME MINISTER OF MALTA

JOSEPH MUSCAT (ON THE REACTION TO THE SYRIAN CONFLICT): I believe it's moving in the right direction. I believe that a multi-lateral approach is the desired approach, at least for us, we're in the neighborhood. We believe that America is providing the necessary leadership, but there should be a UN rubber stamp on a UN approach to solving all of this.