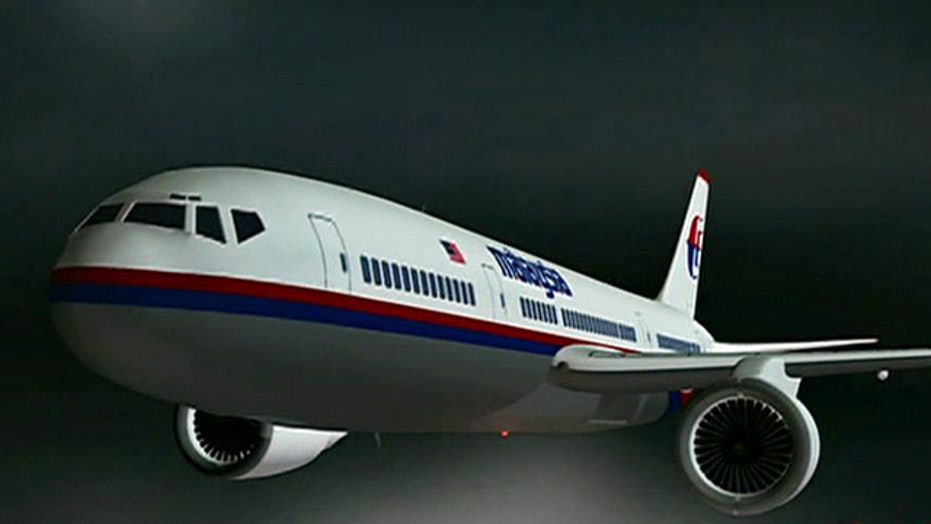 Gen. McInerney on why he thinks the plane may have been hijacked

This is a rush transcript from "Hannity," March 18, 2014. This copy may not be in its final form and may be updated.

SEAN HANNITY, HOST: This is a Fox News alert. My next guest, Lieutenant General Tom McInerney was among the very first to say that the Malaysian Airliner's jetliner could have been hijacked and it could have landed in Pakistan. Today he's doubling down on that claim, and he's here now to join us and explain what he means by that.

General, good to see you. Thank you for being with us.

RET. LT. GEN. TOM MCINERNEY: Thanks for having me, Sean.

HANNITY: My first question was, because this was a relatively short flight from Malaysia to Beijing, usually they don't fill an airplane, they don't maximize the fuel capability on a shorter flight because it means they don't want to land with all that fuel. For this flight to take place to Pakistan, my first thought, would they have had the fuel capacity, because that seems to be at the maximum level -- distance level of that aircraft?

MCINERNEY: That's a very good question, Sean. As it turns out, we got the last ping seven hours after takeoff. For whatever reason, they apparently had put more fuel into it. It may be there standard practice, so they don't have to buy fuel in Beijing, it may be more expensive, I don't know. But I'm taking the data that says they got a ping -- their last ping was seven hours after.

MCINERNEY: It's about 3,500 miles, seven hours, 500 miles through, let's say. So -- and they went north for a part -- say 3,000 miles, 3,200 miles, something like that. Of course there now appears to be evidence that there was a direct course through India flying in the shadow of a Singapore Flight 68. That hasn't been verified. The only thing that I have seen that is starting to become verified is the report from Boeing saying they believe the airplane was in Pakistan, which I talked about on Friday.

HANNITY: General, I've known you a long time. I know you too well to know that you're not just making this up, this isn't something you've concocted. You've spoken to a number of people, am I correct?

MCINERNEY: Yes, but that's all I want to say, Sean, please.

HANNITY: Fair enough. And you believe this plane is intact and that this plane landed?

HANNITY: What about the passengers of this plane? Do you know anything about that?

MCINERNEY: I don't know anything about their status. What I do know is the most sensors that we have in the world are in that region. They're not in the south of the Indian Ocean. We have a lot of sensors up there so we have a lot of capabilities. And I believe with Rolls-Royce and with Boeing as well as the U.S. government, we know a lot more than is coming out. I suspect we may in the next 24 to 48 hours start hearing from either the Malaysian government or the Pakistani government. If the Pakistani government doesn't talk soon, they're going to be complicit in this.

HANNITY: For this plane, if it would have landed in Pakistan, the Pakistanis would have had to know that?

HANNITY: The mystery -- is there anything else -- look, I don't want to press this, because I sense you're threading a needle here. Is there anything else that you can share with our audience besides the fact that you think we'll know a lot more in 24 to 48 hours about this? Do you -- and what do you fear most might happen if in fact what you're saying is true?

MCINERNEY: First of all, let me say, when the U.S. Navy quits their search, their ship search, they must know something in the Indian Ocean. When the Israeli defense forces, when they increase their air defense alert, they must know something. They are questioning people further out. For those people that say, well, even with the transponder off, they've have gotten a ping. Most people don't realize the crew on at 2, 3, 4 in the morning is not the A-Team and they primarily use transponders. So it doesn't surprise me that this could have happened the way I am describing it. So --

HANNITY: So this would explain -- go ahead, I'm sorry, sir.

MCINERNEY: Well, and the airplane would have landed 8 o'clock Kuala Lumpur time, 3 o'clock Pakistani time in the morning -- excuse me, 5 o'clock. There's a three hour difference, so it would have been dark. Anyone who says they saw this overfly the Maldives or whatever, it was dark. I don't see how anybody could say that.

There's been a lot of strange information put out on altitudes and a whole host of things, and a lot of it's come from the Malaysian government, so we've got to be able to sort through this. My concern is, if this airplane could be used as a bearer of a weapon of mass destruction or even conventional munitions that could attack a carrier, the Israelis, other allies, American forces, for instance, we have to be very alert until we know exactly where this airplane is.

HANNITY: That would mean that the -- at this point, you said that the Pakistanis, if they don't speak up soon they would be complicit. I would argue they're complicit now by not sharing their information and intelligence about this with the world. Is that a fair observation?

MCINERNEY: I think that's a fair observation. The way the Boeing report came out, it said the air field was in Taliban controlled areas. Well, I think that's saying in western Pakistan. And there are three primary bases, two are main operating bases and one is a satellite base that could handle this aircraft in the Pakistani air force. There are other falcon bases, but I'll talk about that later.

HANNITY: So your theory, and I'm interpreting here that this is based on information that you are putting together, that would explain away the transponder purposely being turned off and other communications being turned off. That would explain the ping that lasted up to seven hours later, when you consider the timeframe flying out and changing course. It would also explain that the flight path altered by computer command and not by manual control. So what answer -- your theory would answer all those questions, right?

MCINERNEY: It would. And I believe both pilots may have been complicit, I believe that -- remember, they turned off -- they didn't turn off communications, they turned off navigation aids. They didn't turn off their HF radio, their VHF radio, their UHF radio. So they had the sat com. So they had communications that they listening to what was going on and, I think, probably transmitting to the location they were going to. That's why I think the U.S. vacuum cleaners -- those sensors that picked up all this stuff, have probably been able to detect more than we're getting.

HANNITY: OK, so there's a very good possibility that the United States knows much more than it's saying and that we'll probably find out in the days ahead?

MCINERNEY: I think they do, and I think they want to be very cautious because they don't want to embarrass certain other nations that we're working close with, et cetera, and -- but the best leaks have come out of the U.S. government.

HANNITY: All right, general, thank you for being with us, appreciate it.