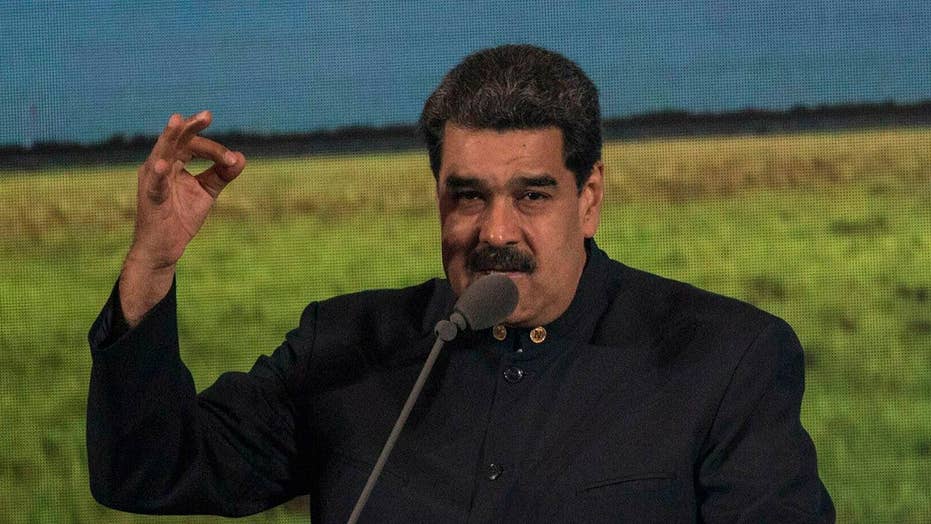 This is a rush transcript from "Special Report," February 12, 2019. This copy may not be in its final form and may be updated.

SEN. MITCH MCCONNELL, R-KY., MAJORITY LEADER: It's not everything the president hoped to get, but I think it's a good step in the right direction. I hope he'll decide to sign it.

DONALD TRUMP, PRESIDENT: Am I happy at first glance? I just got to see it. The answer is no, I'm not. I don't think you're going to see a shutdown. I wouldn't want to go to it now. If you did have it, it's the Democrats fault.

BAIER: Well, we have a deal, but will the president go along with it? The deal structure, the agreement is $1.375 billion for a border wall. That's $4.3 billion less than what the president demanded, 55 miles of new border fencing, does not include a strict new cap on -- Democrats had sought on detainees' beds there, provides enough money for 45,000 ICE detention beds, wants to reduce that over the fiscal year. Substantial funding to improve temporary Customs and Border Protection holding facilities and additional resources for alternatives to detention and the family case management program.

JONAH GOLDBERG, SENIOR EDITOR, "NATIONAL REVIEW": I think by any normal beltway standards it's not a great triumph for Donald Trump. It's less money than he was going to get if he didn't shutdown the government the first time. I think that he has probably no choice in to signing, because either you get a shutdown. If you try to go to the continuing resolution amount that's pegged to current spending, you'll get even less money. And so I think he signs it, and then he -- it's both-and. He's going to sign it, and I would suspect that either he declares an emergency or starts moving money around and creates a new fight. If he declares emergency, the courts will stop it, but he gets to say I tried. That would be a political one for him, but it's not a great deal.

BAIER: You buy that, Mollie?

There are political wins here. Donald Trump needed money for the wall, for the barrier. He gets that. He also gets to keep using this as an issue because he can point to how Congress has failed once again. The people who want generally open borders also have a victory because they can keep having those things.

BAIER: Here is the president and Senate minority leader on adding things to this deal.

TRUMP: I'm adding things to it, and when you add whatever I have to add, it's all going to happen where were going to build a beautiful, big strong wall.

SCHUMER: We don't know what he means by that. There are great limits on what he can do and cannot do. And we'll have to see what he means.

BAIER: So there's a lot of confusion about adding things and whether he can or cannot.

JOSH KRAUSHAAR, POLITICAL EDITOR, "NATIONAL JOURNAL": The president is going to try to spin this as a political win, but the reality is, on the campaign trail he said we're going to build a wall and Mexico is going to pay for it.

BAIER: He has said since then that the renegotiation of NAFTA, which also has to pass Congress, essentially will get the money that pays for the wall, whatever, six, seven, carry the naught, however the math. That's what he said.

KRAUSHAAR: So the question is, does the 55 miles of border fencing and the $1.37 billion in the money satisfy the base. Probably not, but I think Mollie and Jonah are right that it puts a pause on the negotiations, it allows Trump to argue on other political issues that are more favorable for him. But it's a compromise. A lot of conservatives are going to be upset, but they will take it for now.

BAIER: Here's the president on the previous shutdown, asked about that.

TRUMP: I accepted the first one and I'm proud of what we've accomplished, because people learned during that shutdown all about the problems coming in from the southern border. I accept that. I've always accepted it.

GOLDBERG: Not quite right, it seems to me. He did try to say in the middle of the shutdown that it was really the Democrats' fault and all the rest. I understand the teaching moment aspect of it, but the simple fact is the border wall remains an unpopular issue with the majority of the American people. I think the majority of the American people are largely wrong on that. I think you can do all sorts of things on the border. I think the Trump administration should have gotten its $5 billion. But the shutdown didn't lead to any great change in public opinion, and it didn't get him more money for the wall. If he signs this, he gets less, and I don't think he can spin that as a political win, except in the sense that Mollie is talking about where keeping the issue alive is generally good for Trump, but it's also generally good for his opponents.

BAIER: So don't you think that this election, there are going to be pillars that he runs on, right. Immigration, late-term abortion, fighting socialism, and if he gets it, a good economy by the time you get 2020.

HEMINGWAY: We got a little bit of a preview of this with his rally last night, and those are in fact things that he brought forward. I think that the wall was an issue that resonated quite a bit with his voters and he needs to keep pushing for that. The thing about this is Republicans frequently say that they are going to do border security. John McCain ran on the need to have a barrier at the border. Republican voters are used to Republican politicians just kind of not caring about it once they are elected to the office. And I think we saw that. I think the Republican Senate is -- no one is going to say, boy, they really fought hard for border security because they can see the proof is in the pudding. They didn't even get this measly $5 billion which wasn't that much money to ask for.

BAIER: So what is the fallout from this should he sign it?

KRAUSHAAR: Look, Trump is still going to talk about immigration. He's still going to attack Democrats for being weak on border security, but he's going to pivot I think to broader issues, broader themes, and also incorporate some of the liberalism of the Green New Deal, of Medicare for all. So this becomes a political issue, it's not going away, and it's going to be something that energizes the base.

BAIER: What did you take from the Klobuchar interview?

HEMINGWAY: It was nice to see her here and talking about these issues. I think she has this reputation, apart from one of the things that you mentioned, of being someone whose disposition is very good. But a lot she talked about you couldn't really even identify where she was different from the far left side of her party. She didn't want to say anything that sounded different than what a lot of people are saying on immigration. She signs onto this Green New Deal and calls it aspirational and says she's going to vote for it.

A lot of people in this town seem to care about disposition, but I think when you look at actual policies, Trump gets in trouble for having a bad disposition, but he's a pretty standard conservative. She has a good disposition but she kind of seems like a standard liberal.

GOLDBERG: I think it was good for her to come on. I think she's making a mistake in not trying to take this vast open space of being the electable, mainstream, drink Joe Biden's milkshake and be the person who can appeal to suburban voters. There are a lot of Democrats out there who aren't concerned -- don't like Alexandria Ocasio-Cortez and all the woke identity politics stuff, and she seems dispositionally and politically best suited for that. The problem is that she seems like she is still so afraid of the base that she's going to vote for the Green New Deal thing, which I think is insane.

KRAUSHAAR: She's got a good chance to win Iowa, and next door to Minnesota, she has that midwestern appeal. That could be the momentum play. She's not going to have the most money in this field, but if she does very well in Iowa, that could lead to a lot of success after the first day.

BAIER: Panel, thank you very much. When we come back, a funeral for a history making political figure.

BAIER: Finally tonight, a funeral mass for the longest serving member of Congress in history. Mourners gathered today in Dearborn, Michigan, to remember former Democratic Congressman John Dingell, a lion in the House. He died last week at the age of 92. Several lawmakers were unable to attend when bad weather forced military planes transporting them from Washington to turn back. Among those who did make it, though, former vice president Joe Biden.

JOE BIDEN, FORMER VICE PRESIDENT: John knew the people of Michigan and the people of America because he knew the meaning of the word "dignity." Everything he worked on was rooted in that knowledge and the belief that every single, solitary person wanted and deserved to be treated with dignity.

BAIER: After that service, the body of John Dingell was flown here to Washington. And then, driven around the Capitol. There will be a service here in Washington, Thursday. It was a moment where they all paused there on the west side of the Capitol.

Thanks for inviting us into your home tonight. That's it for the “Special Report.” Fair, balanced, and unafraid. "The Story", hosted by Martha, starts right now.