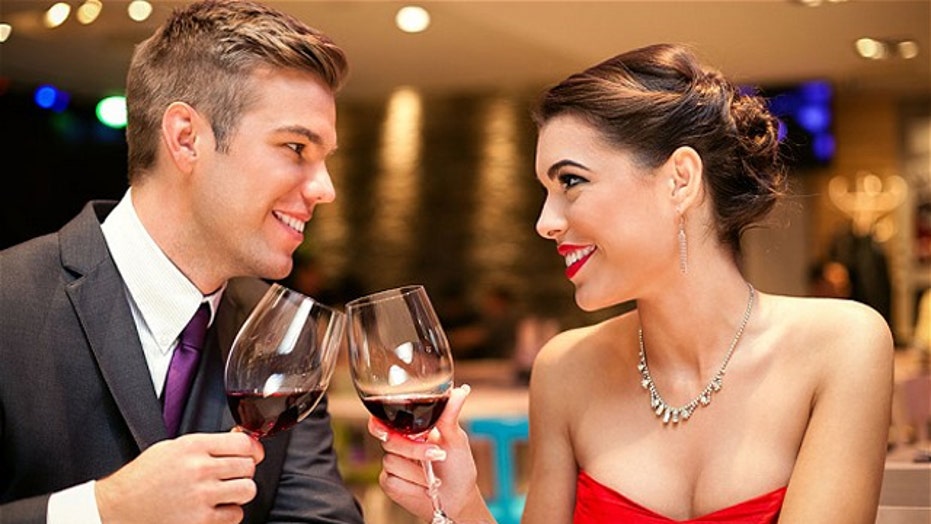 Looking for love? Better pay off your debt

Study: Majority say debt is an issue in relationships

ADMINISTRATION: COMPANIES MUST CERTIFY HEALTH CARE LAW NOT A FACTOR IN FIRINGS

JOHN LAYFIELD: The majority of Americans also don't trust this government. How can you trust a government who tells you this is now the law of the land, except if they want to change this law, ignore this law, not implement the law or alter it some way. That's not how you handle laws. Social security and Medicare had bipartisan agreements - that's one of the reasons they were implemented. They were implemented in a way unlike ObamaCare. Now you are telling people's businesses, if you fire people to get below a threshold, you have to go under oath you have to say, "This is not due to ObamaCare." It is unbelievable that this is happening.

JESSICA EHRLICH: Well, this whole sort of change in the regulation is a reaction to the concern that medium-size businesses had in terms of saying that the implementation that was going to happen within this year was too burdensome and the concern is really to protect the American worker and make sure their jobs are maintained and that there aren't penalties that are being accessed on them because of the requirements that their employers are having to meet."

GARY B. SMITH: This is the imperial presidency where it's government by fiat. They've changed this law now, what... 19 or 20 times? At some point they have to realize that the majority of Americans don't want it. You're not going to have any more people protected or have insurance before this silly law was enacted, it's going to raise costs. It's just not working and yet they keep trying.

JONAS MAX FERRIS: In this case, you want to save money; you might have to fire employees because you can't afford to get them all health care. They don't really have a right in that case. This is a loophole that they've created by having arbitrary thresholds. What the government could have done is said every business, all employees have to be covered whether they're part time or full time. I'm not for employee coverage at all, but that at least would have stopped loopholes that then companies are going to try to drive a truck through and the government's got to go gulag on them to fix. It just doesn't work that way. You've got to have a more streamlined health care law.

TRACY BYRNES: It's beyond out of control because the only thing a business has a responsibility to is it's the bottom line at the end of the day. If they hire, fire, cut pay, that's all completely up to them. There is a reason that many businesses don't go public these days because they don't to answer to Wall Street and the like. Medium-size businesses are in the same boat. They don't want to answer to people, including Uncle Sam and the IRS of all people; they have way too much on their shoulders to begin with. We shouldn't have to answer to them about anything other than what happens on April 15th.

SOME ECONOMISTS PREDICTING UP TO $40B HIT FROM WINTER STORMS

TRACY BYRNES: Look the economy right now is trying to plow itself out of this recession, and this is kind of just pushing us back a little. Atlanta is shot for a while until they figure this out. All the costs that they are incurring are because of Mother Nature. Mail is not coming. Restaurants are closed. No one is making money in this kind of weather except maybe the guys that keep shoveling out my driveway and pushing it behind the garage and I can't get out. Other than that, there are not a lot of people working. This can't be easy for people trying to dig themselves out of a recession.

GARY B. SMITH: The current administration will say look at all those shovel-ready jobs in the storm, those snowplow drivers we hired. I do agree it's going to be a hit; obviously, it's going to be a hit. People weren't able to get to the supermarket or restaurants. We have seen time and time again, we were here for Katrina, for Sandy, for so many hurricanes. The hit at the time is rather substantial, but what happens is most of the spending gets moved into the next quarter. So this quarter we're going through is going to be lower GDP-wise, the next quarter will be better.

JOHN LAYFIELD: I think it will have a hit. I'm with Gary and Tracy. I think we will get over this. Look, Atlanta got their two inches of snow. Thank God they didn't get a foot. They'd be snowed in for a decade down there. There will be certain sectors that don't recover the lost revenue, the airlines, restaurants, hotels for the most part, but most of that spending is being pushed off into the next quarter and we are going to see a little dip in GDP this quarter. It will probably see that increase next quarter with that spending put off.

JESSICA EHRLICH: I think in particular we will see it in Q2. I think going forward now, people will be out. We have seen everyone stuck on the roads; it may interest them more in getting SUVs or one of the energy efficient cars that keep coming out of Detroit. It could be a big boost there. Certainly as a Floridian, we have had incredible weather; hopefully, it will be a great incentive to get the tourism industry going. Everyone is welcome down here.

JONAS MAX FERRIS: It's hard for it to destroy money because money will just move from one pocket to another. You're going to buy generators and snow blowers instead of a new car. Some sales when it really continues, it really drags on, like the whole winter. Like, Cheesecake Factory's not going to get that money back, ever. It's gone. I will also say, the whole point of GDP, yeah you're measuring spending, but it's about how well off you are. You are not well off if there is a perpetual cold vortex because you are spending money on things you don't want to buy like roads and salt for your driveway, and you want to spend it dinner at Cheesecake Factor. It's going to make people depressed and unsatisfied, and that's the measure of an economy that's good. So I think it is bad, and the impact on California and droughts and weird weather events. You can't grow food, so there could be long-term damage here.

NEW SURVEY: 37 percent WOULD NOT MARRY SOMEONE DEEP IN DEBT

GARY B. SMITH: If you don't disclose your debt, I think that, that gets to the whole heart of not being truthful and honest in a marriage. I will speak out. I'm kind of for debt. I think debt gets a bad rap particularly when couples join each other. Look, most couples would not be able to afford a house without debt. The other big debt expense they incur is on a car. Why would you want to use your own money on an asset that depreciates the moment you drive it off the lot? Debt is generally OK because you're using other people's money and generally for good stuff.

TRACY BYRNES: Pizza on the credit card is cute for the first night. After that, it is not. To live life like that, knowing your paycheck is gone before it comes in because you are not on the same page about your spending habits, which could be a total deal breaker for couples.

JESSICA EHRLICH: I think it's a larger macroeconomic issue people are talking about, particularly this time of year. It is an important topic facing young people, in terms of whether or not they are able to get married and can afford it. Like you said, there are student loans, there are all these debts. With the sort of huge income and equality and the levels of poverty that we have seen that have been increasing in this country in the 70s, it's an ongoing conversation couples are having. If you are a single mother, it probably doesn't make sense if you are making under $25,000 a year, for tax purposes, to marry someone else who makes $25,000 a year, even though that gives families stability and can help them get out of poverty.

JONAS MAX FERRIS: The family that borrows together stays together. There's a lot of trouble with debt. Whole economies can collapse from it. We had trouble with the housing bubble, but in general, America was built on debt and continues to excel on it. If this was such a bad thing, Japan would have the best economy in the world. As far as individuals, divorce rates fell after the great recession because people have more debts than assets because their houses fell underwater. Nobody wants to leave a spouse and split an underwater mortgage. People with assets are more likely to get divorced. You can make a case that's good for America.

JOHN LAYFIELD: Eleven years ago, I wrote a book about debt and staying out of it. One of my first appearances was to come on "Bulls and Bears." That is where I met my future wife. We had our ninth anniversary on Wednesday. I am very debt phobic, fortunately my wife is well. It works for us.