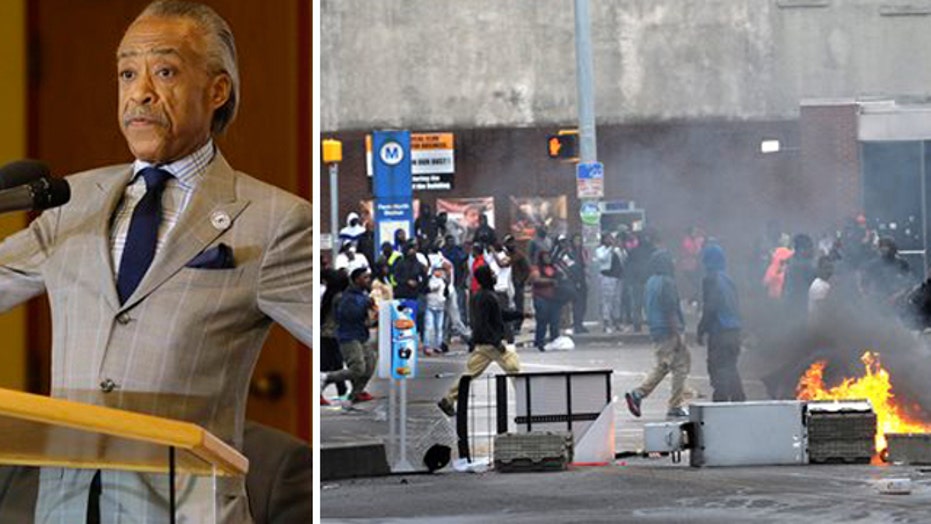 Liberal policies to blame for plight of inner cities?

SOME LIBERALS BLAMING POLICE AND MEDIA FOR UNREST IN BALTIMORE

WAYNE ROGERS: Poverty and despair are results; they're not causes. And the economics here and the racial questions here are not pertinent unless you go back and figure out what is the cause of all this. Most of this is cultural. 80 percent of black kids in the United States are born out of wedlock. Now, that creates a problem that results in this despair and poverty in the black communities and a lot of the major cities. The other part about this is there's no leadership. You've got somebody like Al Sharpton, I mean, the worst, instead of Martin Luther King. That makes a big difference. That will ultimately cure this problem but it's going to take a long time.

JONATHAN HOENIG: What have the liberal economic policies been over the last 40 years? The welfare state and the entitlement mentality. Not just for any city, but for a lot of folks of meager means. What has that done? It's inculcated dependency, retarded the growth in a lot of these communities, and destroyed these people's self-esteem over many generations. There's not one factor, but certainly these policies are a big part.

MICHELLE FIELDS: If the people of Baltimore want to know why their city is the way it is, all they have to do is look at the democratic party. These are the people who have been calling the shots for decades. Police abuse is just a breaking point right now. The reason why the people of Baltimore are upset is because theme been living under liberal policies for decades. We're talking about that state of Maryland that's ranked number ten in the country for the highest taxes. Baltimore, since the 1920s, has only had two republican mayors ever since the 1920s. If they want to see what the problem is, all they have to do is look that they're living under liberal policies that are preventing them from living up to their full potential.

JEHMU GREENE: I agree with Jonathan, that there's not one thing that is behind this. But that's where the agreement ends. The reason we're here today is largely because of racist housing policies in Baltimore that date back not 40 years, but to 1910. And also unchecked police brutality.

DR. PHIL ON WHAT DRIVES A PERSON TO BECOME A HOMEGROWN TERRORIST

DR. PHIL MCGRAW: You're dealing with malcontents. Look, everybody wants to belong to somewhere. The number one need among all people is acceptance. The number one fear is rejection. And if you get people that feel that they're not successful where they are, they haven't been able to live the American dream, they haven't been able to get their piece, they haven't felt like they've been, you know, saluted, people have rejected what they have to offer, and they become malcontents, then the resentment can really build. And resentment really builds and they start saying, “okay, I can't have it. Then I’ll start attacking it.” And for normal people, that might take the form of criticizing the policies, criticizing the way of life. But you add to that some extremist personalities and all. And then they start actually aligning themselves with enemies of their own people and their own country. It's obviously a very extreme position.

MICHELLE FIELDS: I'm not a huge fan of body cams. I think that it raises privacy concerns and also strengthens the surveillance state. And let’s remember: the camera isn’t going to be facing the police officer. The camera is going to be outward facing the individual, the average citizen. I think what’s going to end up happening is that footage is going to be used to scrutinize the behavior and the actions of the average citizen, rather than the police officer, which is what it’s intended to do.

JONATHAN HOENIG: It should be not centrally-planned. This is centrally-planned policing. There’s 18,000 local police departments. I think the local police heads and departments can survey what they need. This is one place, actually, where I think Jehmu is right. Instead of spending $20 million on new police equipment, why not try decriminalizing dome of the drug use? 50,000 drug arrests every year in Maryland; a lot of those are for non-violent weed associated arrests. Legalize or decriminalize drugs and you won’t need the body cams as much.

JEHMU GREENE: I support body cams. And this is much bigger than Freddie Gray. This is a culture of violence. When you have Wayne talking about culture, you also have to look at the police culture and how there is no trust between African Americans and police officers in this country. So when you have body cams, think about all of these different videos that have come out in the last few months. If we hadn’t seen them, we would not actually be having this conversation in America, which is crucial.

WAYNE ROGERS: This is an after-the-fact situation. That is to say that body cameras only report something that’s happened after-the-fact. If it’s something that is going to influence behavior going forward, meaning that somebody is saying “because I’m being watched by a body camera, I’m going to restrain my actions”, then that’s a good thing. If it isn’t it doesn’t make any difference at all.