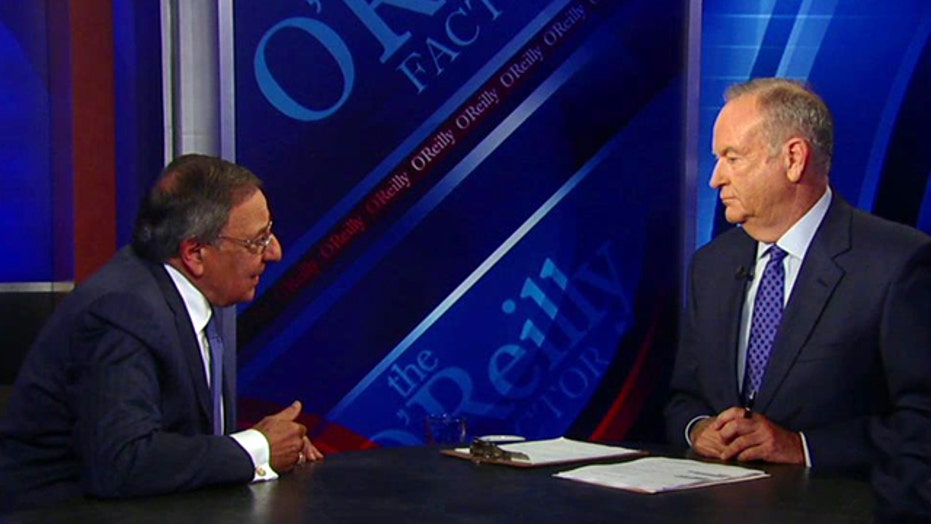 Panetta: Obama must 'get into the ring' against ISIS

This is a RUSH transcript from "The O'Reilly Factor," October 7, 2014. This copy may not be in its final form and may be updated.

So I need a very direct answer on this, all right?

O'REILLY: Who is the better leader, Bill Clinton or Barack Obama?

LEON PANETTA: They are both bright. They are both able. They both want to do what's right for the country. I think the difference is that Bill Clinton likes politics, likes the engagement in politics. Barack Obama does not like that process of engaging in politics and I think that hurts this president.

O'REILLY: how does it hurt it? If he doesn't like the political spectrum and dealing with Congress and other things with foreign leaders --

LEON PANETTA: It hurts him in terms of getting things done. You have a stalemate in Washington to begin with where there's such partisanship and division that's going on in the congress. And then, you know, if the President doesn't engage with them, then you have a situation where everybody gives up and they have basically given up on things. They have given up on the budget deal. They've given up on immigration reform.

O'REILLY: They've given up.

LEON PANETTA: They have given up on issues like infrastructure funding, on trade, on energy. I mean that is what concerns me, because I think this country cannot stand another two-and-a-half years of stalemate.

LEON PANETTA: She was very involved.

O'REILLY: Very involved. But she wasn't so involved in the State Department because you've got cable after cable saying the security in Libya was bad and she didn't really do anything about it. Is that unfair?

LEON PANETTA: I think it's unfair because if I know Hillary Clinton, if she knew that there was a security problem in Benghazi, she would have done something about it.

O'REILLY: Then why didn't she know if the cables exist telling the State Department, look, we need more people here. The British have been attacked there.

LEON PANETTA: You know what Bill -- I don't know that bureaucracy. I know the Defense Department. I don't know what happened at the State Department, but I know one thing. If she had known that that -- that there was a problem there in Benghazi, she would have done something about it.

O'REILLY: Shouldn't she have fired the people who didn't tell her because nobody got sacked except the whistleblowers that said, hey we asked and we didn't get.

LEON PANETTA: I mean I would have been concerned about not receiving that information if, in fact, it was out there.

O'REILLY: Ok. Now, when you think back about how the country has changed in the six years since Barack Obama has been president, I am worried about this country.

LEON PANETTA: Me too. Me too.

O'REILLY: And what is your primary concern?

LEON PANETTA: Look, I'm the son of Italian immigrants and my parents believed deeply in the American dream. And my father used to tell me the reason he came to this country is because my mother and he believed they could give their children a better life. I'm worried about whether or not our children are going to have a chance at a better life.

You have this tremendous dysfunction in Washington. You've got a number of threats that we're confronting abroad. We're dealing with a situation where I think this country can go one of two directions. We can either be a great country -- an America in renaissance or we could be an America in decline.

O'REILLY: We are in decline now. Would that be a fair statement?

O'REILLY: We are in decline.

LEON PANETTA: -- we govern either by leadership or crisis. And today we are largely governing by crisis.

LEON PANETTA: You're dealing with a very dangerous and fanatical enemy in Syria. And frankly it's not going to work just to do air attacks without having troops on the ground who know where the targets are and what's going on. Now, if we have People that we can trust on the ground, that's fine. But if the military thinks that we ought to have Special Forces, boots on the ground in order to do what's right, I think the President ought to be open to that kind of --

O'REILLY: Once again he's not. Once again he is not leading. No, he said he wasn't. He said it a number of times. He's not open to that. And that brings me to my last question. It's very possible Barack Obama is just not up to the job.

O'REILLY: You don't want to believe it.

LEON PANETTA: And I think deep down, you know, he knows what needs to be done. What he's got to do is develop the will to fight, to get into the ring --

O'REILLY: He better get on it.

LEON PANETTA: In order to make it happen.

O'REILLY: He better get on it.

LEON PANETTA: I agree with you.

O'REILLY: All right. Leon Panetta, thanks for taking the fire here.

O'REILLY: The highlight of your week, wasn't it?

LEON PANETTA: Yes. And I'm heading back to California.

O'REILLY: I know. I have known Mr. Panetta, Secretary Panetta for a long time. And he is -- you're just an honest man and a great public servant and I want everybody to know that.

LEON PANETTA: Thanks. I appreciate that.

O'REILLY: Thanks for coming in.