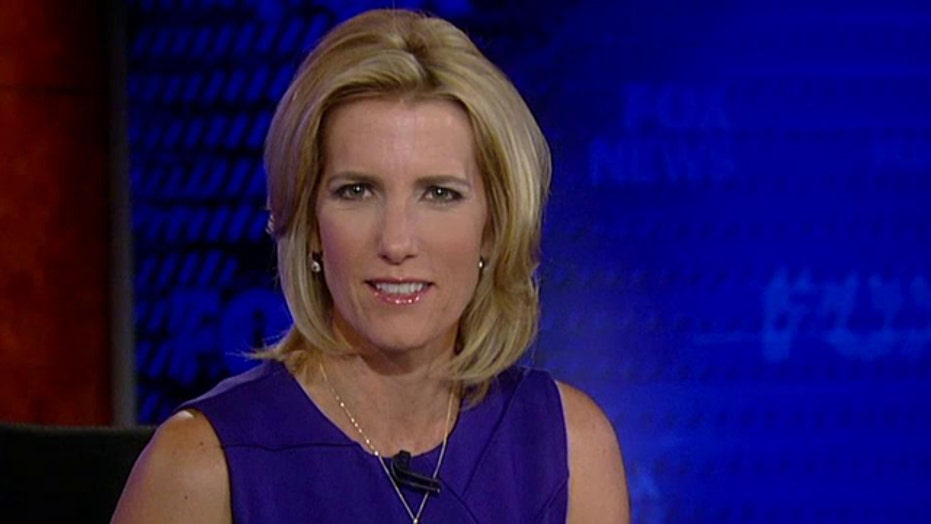 Just weeks after the headline grabbing events in Ferguson, Missouri, the Democrats apparently have a new strategy for spiking turnouts this November. Tell black voters that the racists are coming, the racists are coming. Well, since Obama's numbers are in the toilet, he's a drag in every tight Senate race, Democrats have scrambled to find some edge in the upcoming midterms. And the use of force in Ferguson is just what they've been looking for.

REP. JOHN LEWIS (D) GEORGIA CONGRESSMAN: It must continue to engage in peaceful, nonviolent action, but also they must participate in the political process. They must register and they must vote.

INGRAHAM: Congressman Lewis, who personally and physically sacrificed during the civil rights protests in the 1960s, is echoing what everyone from Al Sharpton to attorney general Eric Holder believes. That African- Americans in this country still live in a racist, evil place. So go out and punish your enemies at the polls. Now, recall that record numbers of black voters turned out for Obama in 2008 and 2012. Presumably they did so not just because he was black but because they thought that their lives were going to get better. Better jobs, better schools, a chance at a better life. But by all relevant indicators, the lives of most black Americans haven't improved much since the inauguration of Barack Obama back in 2009. Black unemployment, it's about double that of whites. Cheap illegal labor has hurt job prospects and wages. Even race relations are worst after five years of President Obama. But rather than change policy and to turn things around for everyone and actually improve people's lives, the Democrats go back to the politics of division. So if you don't go to the polls to vote Democrat in November, your son could very well be the next Michael Brown or the next Trayvon Martin.

How cynical, how counterproductive, and how revealing. Remember Obama's scene of, "Yes, we can"? To many it sounded so optimistic and so upbeat. Now his hope has turned into nope. Nope, we can't make it because of racism the Tea Party, and/or the police. Democrats may spike turnout with this rank race-baiting strategy. But this will not create a single job in the inner city or keep a single African-American male out of prison. But if Obama can save a Senate seat or two in the process, then that's all that matters, right? And that's "The Memo".