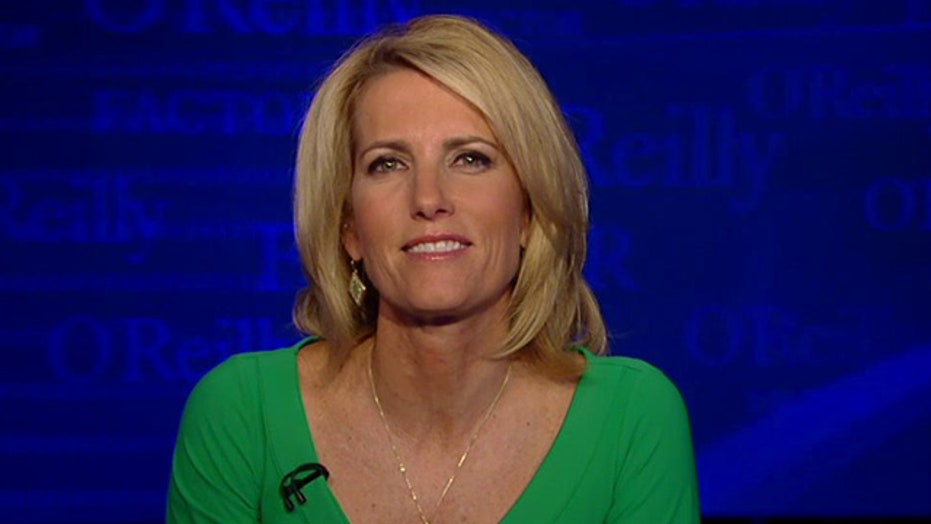 Just hours before the resignation of Iraqi Prime Minister Nouri Al Maliki today, the President interrupted his vacation to give us an update on Iraq but also he chimed in on the racial unrest in Ferguson, Missouri.

OBAMA: The local authorities, including the police have a responsibility to be open and transparent about how they are investigating that death and how they are protecting the people in their communities. There is never an excuse for violence against police or for those who would use this tragedy as a cover for vandalism or looting. There is also no excuse for police to use excessive force against peaceful protests or to throw protesters in jail for lawfully exercising their First Amendment Rights.

INGRAHAM: There you have it the leader of the free world with sagging approval numbers jumping into another local criminal justice situation. And once again, he does this before all of the facts have been gathered, before authorities on the ground have completed their own investigation.

Remember his beer summit after silly comments about the Henry Lewis Gates break-in in Cambridge or his "if I had a son it would look like Trayvon" remarks? Well then of course there is his Attorney General who has implied that the President's critics are racist. Voter I.D. requests are racist. Immigration enforcement is racist. These Obama administration interjections have stoked racial discord in America and sown more distrust between minorities and some local law enforcement.

Think about what the President said today. While he did urge calm, he also intimated that the Missouri police are out of control. They are targeting largely minority crowds with unreasonable force and they are hiding things. Well, this is irresponsible and a dangerous speculation especially coming from the President of the United States. We need to rebuild trust between minorities and the police, not breed more suspicion.

And what is the President suggesting by the way that the police do to enforce a curfew when they are in danger or when stores are looted and ransacked? Of course, there is the distinct possibility that politics is really the impetus driving the President's involvement here.

Let's face it his numbers are down across the board. And his party is looking very vulnerable in November. So, he switches the focus to racial injustice in Missouri and away from his policy failures to try to gin up the base. This is textbook Obama.

The country is facing serious national issues every day. We have a demoralized middle class, mass illegal immigration, major foreign policy quandaries -- all of that deserve serious and sustained attention.

So he should stop micromanaging local police and stop playing the politics of division. There is supposed to be a difference between being the President of the United States and a liberal commentator on Salon.com.