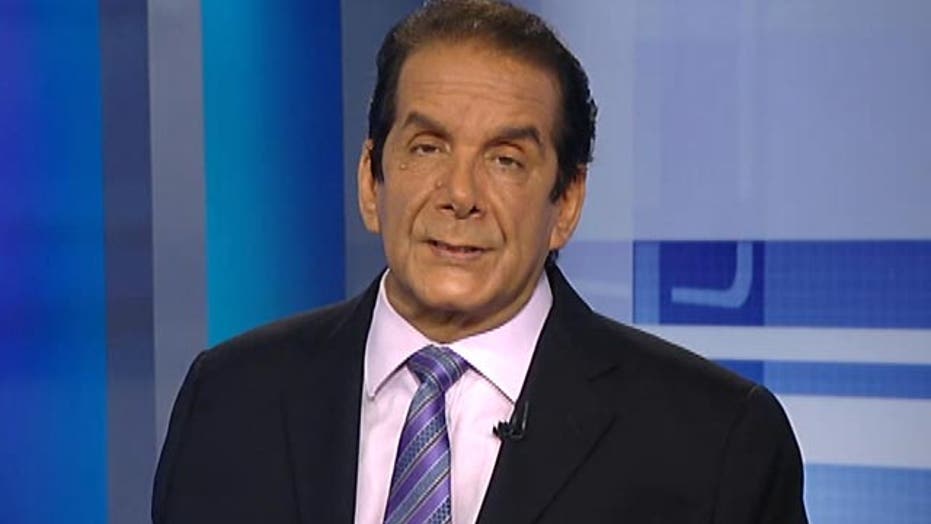 This is a rush transcript from "On the Record," April 23, 2015. This copy may not be in its final form and may be updated.

GRETA VAN SUSTEREN, FOX NEWS HOST: Now, former Secretary of State Hillary Clinton in the line of fire arising out of the sale of Canadian uranium company to Russia. Among the many U.S. agencies that signed off on the deal was the State Department headed by Secretary Clinton at that time.

Also at that time, the Clinton Foundation getting millions of dollars from foreign governments. So, will the presidential frontrunner be able to get out of this mess?

Charles, we just talked about the global energy issue as well as the national security issue with this uranium deal, politically.

CHARLES KRAUTHAMMER, SYNDICATED COLUMNIST/FOX NEWS CONTRIBUTOR: Politically, it will damage her but, you know, this is, people will say -- partisans will say, number one, it's a right wing conspiracy. That little bit hard to maintain when the major story today is from "The New York Times," not exactly part of the vast right wing conspiracy. I should know because I'm a part of it. And they aren't in it. So, that's going to be hard to maintain.

But the thing is there is so much in their history. There have been so many scandals. And this is a very complicated story. But it is essentially the same old story.

They wield influence. They do it under the cover of a charity, which is not -- you know, this charity spent $80 million on travel, in its first 12 years or so. That's a lot of money to fly. So, it is really a piggy bank for the Clintons. Then there is the personal pocketing of these huge fees for speeches, which is obviously connected to influence. The story begins with Kazakhstan in a speech by Bill Clinton.

But what I'm impressed by is the brazenness of this all. The Clintons knew all this. They knew she'd be running again. They want to go back to the White House. You know, they do this knowing they are walking right up to the line.

What they know is it could be almost impossible to prove to meet the legal standard which is a real quid pro quo. But, when you burn the tapes, when you eliminate the emails, and where possibly the evidence is, you feel pretty comfortable they are not going to find anything of that sort.

VAN SUSTEREN: You know what I don't understand is that -- and I was thinking like I always put myself in people's shoes, what would I have done? But I do not understand why Secretary of State Hillary Clinton when she left the State Department put her name on the Clinton Foundation. It became the Bill, Hillary and Chelsea, because at least if she hadn't put her name on it, a lot of this stuff well maybe some of it would be hidden. She jumps right into this.

KRAUTHAMMER: That is inexplicable. It's a blunder of the first order.

It's a huge mistake because as you say otherwise she could say, look, it was my husband's deal. I'm not -- you know, I shouldn't be penalized for what he did.

VAN SUSTEREN: Even the agreement, even the Obama administration OK for this purchase by this Russian company was not Secretary Clinton, a number of agencies, Treasury, Homeland, Energy. I mean, there were a lot of cabinet officers who passed on it.

KRAUTHAMMER: What I find incredibly distasteful. Who did they trot out today to defend the Clinton Foundation? Chelsea. You don't use your children for that. If you've got a problem, you go out, you explain it, you take the heat. I mean, this is part of their pattern. It's always someone else who explains, someone else who cleans up. They have their own apparatus, they are throwing all the dirt they can Peter Schweitzer. But it is not a Schweitzer issue. This is a Clinton issue.

And the fact that it's coming from other sources, the fact that the foundation has had to announce that it is going to redo five years of tax returns, tells you that there is stuff in there that we are yet to learn.

VAN SUSTEREN: Actually that doesn't bother me, but I don't think no one understands the IRS code, everybody is always redoing taxes. That one actually doesn't bother me. Even Donald Rumsfeld can't figure out his taxes.

KRAUTHAMMER: Don't you find the timing of the revisions rather inauspicious?

Anyway, Charles, nice to see you.