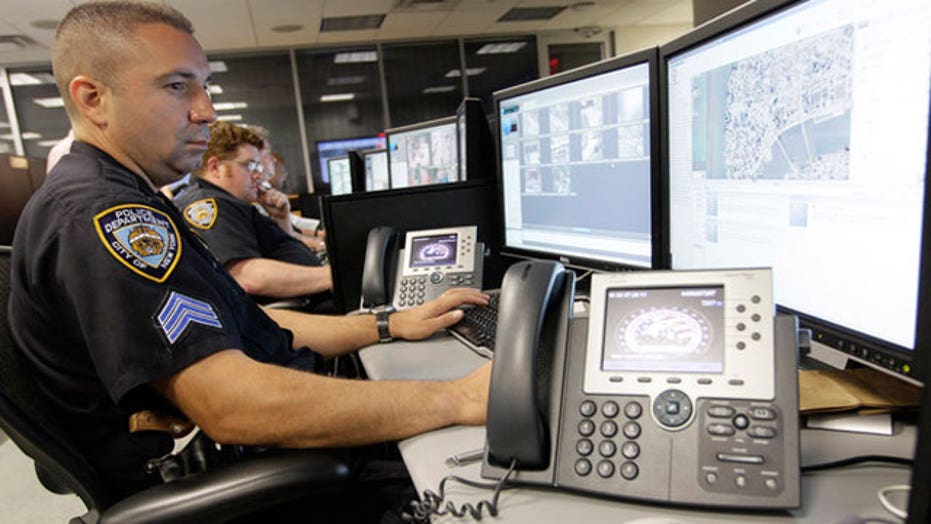 This is a rush transcript from "The Kelly File," May 29, 2015. This copy may not be in its final form and may be updated.

MEGYN KELLY, HOST: Bloodshed in Baltimore continues to soar. We are taking a closer look at how the fallout from a series of incident as cross this country is leaving America's finest under fire.

Good evening and welcome to a "Kelly File" special, everyone. I'm Megyn Kelly. At least two more people were shot overnight in Baltimore. Just 24 hours after a mother and her seven-year-old son were found murdered in their home, both shot in the head.

This comes as a nine-year-old boy is released from the hospital after he was shot over the holiday weekend while playing basketball. One of the many victims now of a 500 percent increase in the shootings of juveniles from last year.

Today Baltimore's mayor addressed the continuing spike in violence suggesting she will not let her city be defined by this surge in crime.

STEPHANIE RAWLINGS-BLAKE, BALTIMORE MAYOR: We know that Baltimore is stronger than this moment, but we won't have our history defined by violence. Rather we will be defined by how we come together, how we build and how we grow stronger than ever before.

KELLY: Tonight we take a look at how the media, politicians and some left wing activists have jumped on a handful of incidents to start a debate about policing in this country, national policing. Many times they rush to judgment ignore the results of investigations or dismiss the verdict in order to feed what has become a narrative about out of control cops with racist intentions. We're going to try to go a little deeper tonight with a big lineup.

But first we go to Trace Gallagher in our West Coast newsroom with the story of just how just four cases have fueled this movement. Trace?

TRACE GALLAGHER, FOX NEWS CORRESPONDENT: Megyn, it was last July 17th, 43-year-old Eric Garner was standing on a Staten Island street corner selling single cigarettes known as loosies when police approached him.  Garner said, he was tired of being harassed. When police tried to cuff him Garner resisted and was put into what officials ruled a chokehold, though the police union disputed that definition. Lying face down on the ground, Garner said, quote, "I can't breathe" 11 times. He then lost consciousness but CPR was not performed because police say, he was still breathing. He was pronounced dead at the hospital an hour later. The medical examiner said he died of a chokehold and chest compression ruling it a homicide. But a grand jury decided not to indict Officer Daniel Pantaleo who used the alleged chokehold technique.

GALLAGHER: For protesters "I can't breathe" became their chant for police brutality. Just before noon on August 9th, surveillance video showed Michael Brown stealing cigarillos from a local Ferguson market.  Seven minutes later, Brown was confronted by Officer Darren Wilson. There was an altercation. Wilson claims Brown pushed him back into his patrol vehicle, punched him in the face and tried to grab his gun. Two shots were fired inside the vehicle. Brown turned and ran then turned back toward the officer. Some witnesses claim Brown put his hands up and said, "don't shoot." Wilson and other witnesses claim Brown started charging. He was shot six times including a fatal blow to the head. The killing sparked almost a week of violent protests and riots. Three-and-a-half months later the grand jury came back. Listen.

ROBERT MCCULLOCH, PROSECUTING ATTORNEY, ST. LOUIS COUNTY: All decisions in the criminal justice system must be determined by the physical and scientific evidence and the credible testimony corroborated by that evidence. Not in response to public outcry or for political expediency.

GALLAGHER: No indictment. The violence in Ferguson began anew and despite the fact that Michael Brown never had his hands up, never said "don't shoot," the phrase joined "I can't breathe" in a national outcry.

On April 12th, four bicycle police officers attempted to stop Freddie Gray who ran away. The officers caught him. They found that he was carrying an illegal pocketknife and placed him face down on the ground. He was then put into a police van with no restraints. The van made three stops including one to place leg restraints on Freddie Gray and another to check on his condition. The prosecutor claims Freddie Gray's request for help went unanswered. By the time the van made it back to the police station, Freddie Gray had suffered a severe spinal injury and was not breathing. He died a week later. His death led to days of riots and violence against police. The state's attorney acted rapidly against the officers involved.

MARILYN MOSBY, BALTIMORE CITY STATE ATTORNEY: My team has been presenting evidence to a grand jury that just today returned indictments against all six officers.

GALLAGHER: A grand jury dropped some charges and changed others but kept the second degree murder charge against the driver of the van. Just last week Cleveland police officer Michael Brelo was found not guilty of voluntary manslaughter in the deaths of Timothy Russell and Melissa Williams. Back in 2012 Brelo's car backfired. Police thought it was a gunshot and tried to pull him over. But Russell sped away leading more than 60 police units on a 22-mile high-speed pursuit. When it ended a dozen police officers fired 137 bullets into Russell's car, but Officer Brelo, who says he thought the suspects were firing back, jumped on the hood of Russell's vehicle and fired 15 shots down through the windshield. The couple turned out to be unarmed.  The acquittal of Officer Brelo did spark protests, but they were mostly peaceful protests -- Megyn.