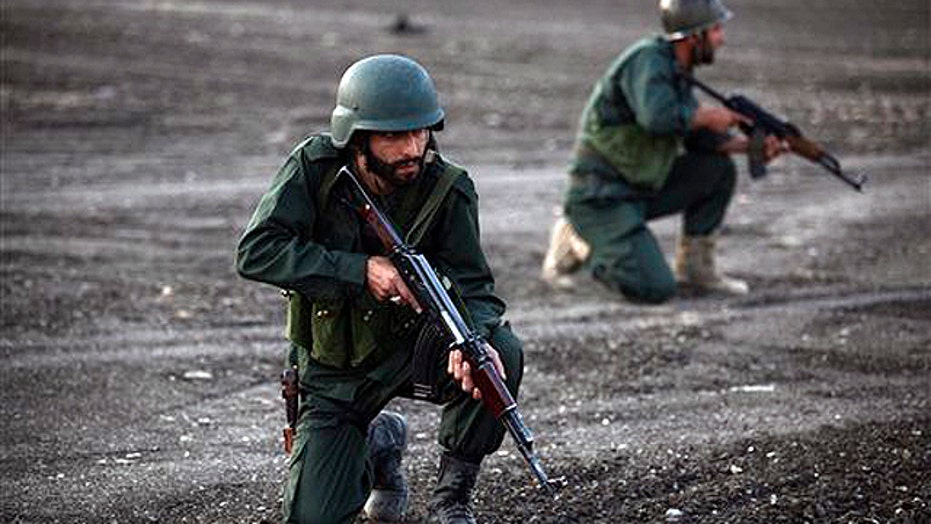 Joe Lieberman says to 'put the brakes on' Iran deal

This is a rush transcript from "The Kelly File," November 26, 2013. This copy may not be in its final form and may be updated.

MEGYN KELLY, HOST: Also breaking tonight, state media in Iran is now quoting government officials claiming that the White House is misleading the public about details of this nuclear deal reached between the United States and Iran this weekend. They specifically mentioned documents posted on the White House website which Iran's foreign ministry claims are, quote, "factually inaccurate."

Joining me now, Joe Lieberman, former Connecticut senator and 2004 vice presidential candidate. Thank you so much for being here, sir. Good to see you.

JOSEPH LIEBERMAN, FORMER CONNECTICUT SENATOR: Good to be with you, Megyn. Thank you.

KELLY: So, what do you make of this? Now Iran is claiming that they're misrepresenting the terms. I mean, the ink is barely dry, and already Iran saying don't believe what the United States is saying about it.

LIEBERMAN: It's bad news, you know, even if you're an advocate of the agreement, which I'm not, but the very fact that now Iran is saying not just privately in a phone call to the White House, but publicly, we've got different interpretations of the agreement, I hope in the White House this leads them to put the brakes on and not to begin to carry out any of the reduction of sanctions or unfreezing of billions of dollars of Iranian assets that we have been freezing because there's not an agreement. Unless you have an agreement, no part of it can be implemented.

KELLY: I realize there are a lot of things to criticize about the deal, but those who favor this deal say, look. You know, a week ago they were moving forward with their nuclear program. And as of today, they are not. Why is that not progress?

LIEBERMAN: So here's why it's not progress to me. All they did was put the -- push the pause button. The Iranians.

KELLY: Isn't that better than pushing the play button?

LIEBERMAN: Here's the problem. They didn't push the delete button. And we have agreed, in response to them leaving their entire nuclear infrastructure as it was, basically, we've agreed to lessen sanctions. And my concern is that the rest of the world is going to begin to think that, well, Iran is open for business again. The sanctions are over. And it's going to be a lot harder if this thing fails after six months to go to a final agreement which most people think it will to put the sanctions back.

It will be a lot easier for the Iranians to gear up their nuclear program again.

I'll tell you, this dispute tonight from the Iranian foreign ministry is really consequential because in the one news story I've seen on it, they seem particularly to be taking issue with a part of the agreement from Geneva about whether they have the right to do any nuclear enrichment.

That's critical. I mean, in my opinion, they have been such enemies of the United States, such sponsors of terrorism, so chronically deceitful that until they go a lot of years and prove they'll keep an agreement, we shouldn't let them enrich uranium.

But they're now saying we've got that agreement from the United States. If we were ever going to do that for them, we certainly shouldn't have done it now. We gave away something really big here if that's, in fact, what happened.

KELLY: Why did the White House do this? Why did they strike this deal?

LIEBERMAN: Well, I think that really the president has wanted to make some progress on this. He said it right at the beginning of his administration in 2009. If the Iranians will unclench their fists, we will extend our hand to them. Rouhani gets elected president. He's a so-called moderate, but he's not really. And they see an opportunity. And so do the Europeans. I can't blame them for hoping that we can work this out peacefully, but honestly, you've got to remember who your friends are and who your enemies are. And the Iranian regime, not the Iranian people, are our enemies. They've got the blood of hundreds of Americans on their hands from the marine barracks in Beirut right through the Shias that they trained to kill American soldiers in Iraq.

KELLY: And they're already, already challenging the terms of the deal. Senator, good to see you.

LIEBERMAN: Troubling. Good to see you, thank you.