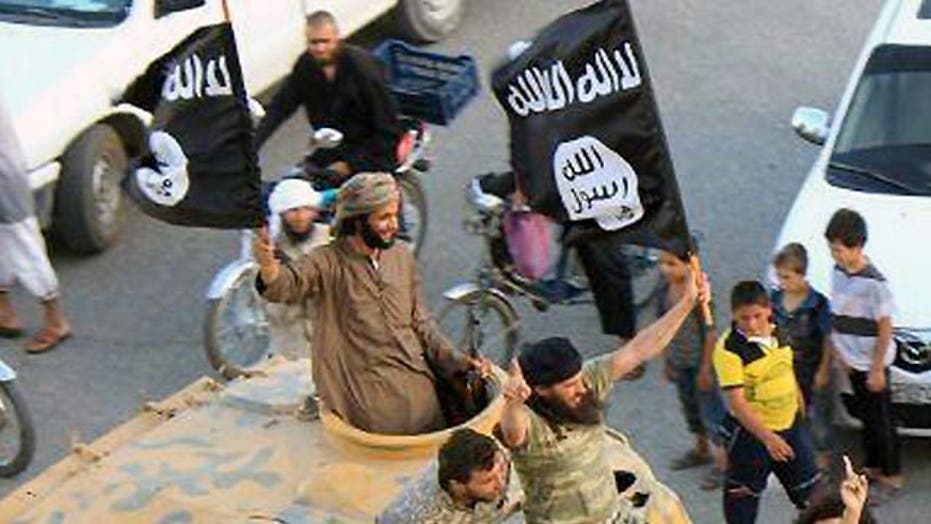 Is the US losing the fight against ISIS?

This is a rush transcript from "Special Report," May 21, 2015. This copy may not be in its final form and may be updated.

UNIDENTIFIED REPORTER: Why isn't there a formal strategy review?

MARIE HARF, STATE DEPARTMENT DEPUTY SPOKESWOMAN: Because we have a strategy that we believe is the right one to eventually achieve our goals.

UNIDENTIFIED REPORTER: How many more bad days -- are they -- will it take for there to be a review of the strategy?

HARF: I mean, if you talk about strategy for how you fight a conflict, built into any strategy is the fact that every day isn't going to be a day you win or a good day on the battled field. Look at any conflict we've had throughout history, if every time, there is a setback on the battlefield, we did our entire strategy, what would that look like? That isn't common sense.

BRET BAIER, ANCHOR: Well, the State Department and the White House on the same page here. No review of strategy. No U.S. troops on the ground. The president asked, are we losing against ISIS in Atlantic magazine. He said this, "No, I don't think we're losing. There's no doubt there was a tactical setback, although Ramadi has been vulnerable for a very long time, primarily because there are not Iraqi Security Forces that we've trained or reinforced. The training of Iraqi Security Forces, the fortifications, the command and control systems are not happening fast enough in Anbar, in the Sunni parts of the country."

We're back with the panel. Mara, I tell you, there seems to be a series of bad days. We saw this in 2006 at the White House and there was a change.

MARA LIASSON, NATIONAL PUBLIC RADIO: Well, you know, the president was very accurate. Not being trained fast enough. It's not happening and the problem is that the White House at least talking points are there are only two choices. What we're doing and re-invading Iraq, sending hundreds of thousands of ground troops. There's a lot in between there. And the question is what if anything is the White House willing to do other than what it's doing right now?

CHARLES KRAUTHAMMER, SYNDICATED COLUMNIST: The administration is sounding like Baghdad bob during the invasion of Iraq. They're losing. Everybody understands that. Is, it wasn't only that they took over in Iraq, but it took over the town of -- the city of Amara in Syria, which gives them control of half of Syria.

And later in the day to day, they took over a crucial crossing point between Syria and Iraq, essentially erasing the frontier and making it easier to resupply Ramadi. These are huge strategic gains. They're not tactical defeats.

And what Obama says, it's not because it's our guys trained by us who were in Ramadi, this is nuts. The idea is if you're going to have success, you have to have training and you have to have will.

BAIER: You know, Judge, the Pentagon continues to have these different stories about air strikes and how much they're doing. We know definitively now from our people over there that there has been no air strikes in Ramadi in the past 24 hours. It seems like there's this shift and people trying to figure out what's going on.

JUDGE ANDREW NAPOLITANO, FOX NEWS SENIOR JUDICIAL ANALYST: I wish I knew. I wish we all knew what was going on and on this I agree with both of my colleagues. The president conveys an image of being passive and indecisive and that leads to an image of defeat. If you're going to be there, fight to win and come home.

If you don't think we can win it, then we shouldn't there be. In my view, this cannot be won without a long term commitment of ground troops for a long period of time and nation building and the American public will not tolerate that politically and we can't afford it.

However, what we're doing now accomplishes nothing. He's punching with his left hand and apologizing to the galleries with his right for hitting too hard.

BAIER: Mara, Speaker Boehner today said if you look at the troops there, they're basically there for training and for protecting the embassy. And he says I think their hands are tied because that's all they can do.

LIASSON: You know, to me the American people have shown in polls after polls that they understand the nuance of this. Of course, they don't want to re-invasion of Iraq with hundreds of thousands of troops on the ground.

And I think the American people would tolerate more, not all the way to a re-invasion. And, you know, I think at some point the White House is going to have to understand that. Either get out altogether or do something that is effective.

BAIER: See if this is a tipping point. That it is for the panel.