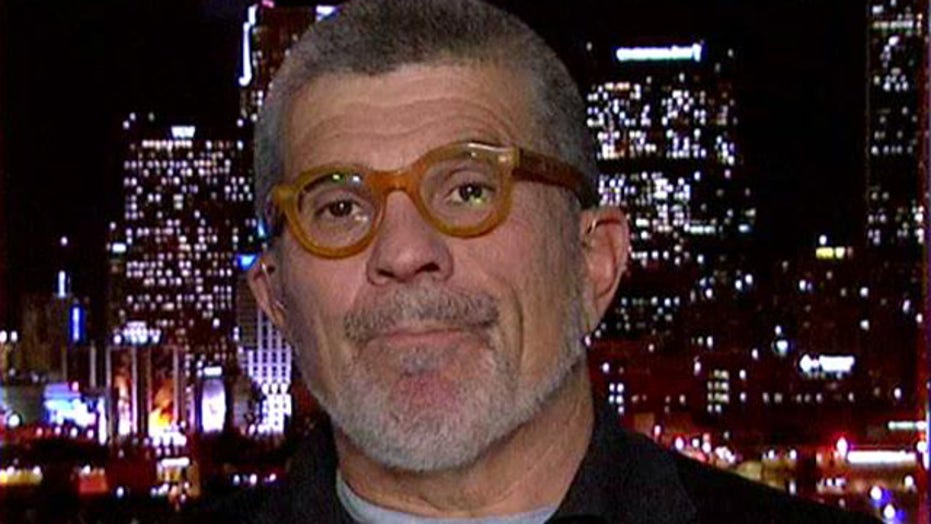 Is the political tide in Hollywood turning?

David Mamet on conservatives in Tinseltown

This is a rush transcript from "The Kelly File," November 11, 2013. This copy may not be in its final form and may be updated.

CRUZ: That Washington is broken and I think it's a bipartisan problem. I think the biggest divide we have is not between Republicans and Democrats. It is between entrenched politicians in the both parties, in Washington and the American people.

MEGYN KELLY, HOST: Republican Senator Ted Cruz tearing it up on "The Tonight Show" with Jay Leno. The Los Angeles crowd appearing to approve of Mr. Cruz's opposition to ObamaCare and other issues, watch.

CRUZ: My focus has been jobs, economic growth and in particular ObamaCare. Obama care is the biggest job killer in this country. You know it's interesting the --

CRUZ: I'm a big believer in health care reform. I think we ought to reform health care so it's personal, portable, it's affordable. We ought to empower patients rather than government bureaucrats getting between you and your doctor.

LENO: OK, you're a likely candidate.

KELLY: How about that? David Mamet is one of the rare conservatives in Hollywood and author of the new book "Three War Stories" in addition to a Pulitzer Prize winner, he won a Tony nomination for "Glen Gary Glen Ross" and "Speed The Plow" and wrote the verdict in "Wag the Dog." What a pleasure to have you here, sir. Thank you so much for being here. Is Hollywood getting more conservative?

DAVID MAMET, AWARD-WINNING PLAYWRIGHT: No. It's not.

KELLY: What's happening on "The Tonight Show"? Is it just ObamaCare or did they have a few pops before they went over that night?

MAMET: That's not Hollywood, that's Ted Cruz and the people in the audience, God bless them.

KELLY: Those are real people.

MAMET: Well, there are different ways to convene people. You can convene as an electorate and they will think in a certain way. A jury thinks another way. You can convene people as an audience and they think in a third way. My racket as a dramatist is to convene them as an audience and to tell them the story. I have never met a stupid audience in my life, ever. They are always smarter than I am.

KELLY: Why aren't there more writers who will boldly go where very few go and write something that might be appealing to conservative audiences? It seems like most of the people in Hollywood, correct me if I'm wrong, are liberal or at least fake it.

MAMET: Well, that's true. Because the people who are faking it are legitimately frightened for their jobs, but the drama is not a means to convey political views. So a conservative, I would think and I know as myself, understands that. It's like being a psychiatrist at the party, when you are at work you're a psychiatrist. At a dinner party someone who says, Doc, tell me why I hate my mother, that's inappropriate.

So when someone writes a drama for him or her to use that drama to put forward a political belief is inappropriate. Conservatives believe in smaller government and in the power of the electorate. I think we are less likely to use it in dramatic form to warp people's political views.

KELLY: Do you get pushback? We just had actor Vince Vaughn come out and declare himself a conservative. People talked about, oh, he outed himself. Have you received pushback since you have declared your political views?

KELLY: I guess so. Do you find it ironic?

KELLY: Usually liberals pride themselves on being the most accepting group there is.

MAMET: Well it's not ironic it's absurd. Of course, they pride themselves on being the most accepting group there is. As the rabbis say, if you are not sure what to atone for, examine your good deeds.

KELLY: Here's my next question. You heard our interview with an architect of ObamaCare, your thoughts on the law, which seems to be causing a ruckus, even on the West Coast.

MAMET: Well, that guy's screwed because if you listen to him, he's a scientist. He was correct in 2010 but he can't come out and answer your questions directly because he's trying to promote an agenda. You cannot both promote an agenda and be a scientist because the essence of science is doubt, to follow truth wherever it leads. If I may, that's also the essence of drama to follow the truth of human interaction where it leads. You can't do that while you're also trying to promote a political agenda because you always end up with me and my tractor. Anybody can mouth the essential verities. So what? That's no fun.

KELLY: Interestingly, you have interesting theories in the new book "Three War Stories" about soldiers. You talk the about how they in the history of our world exist to promote peace. Something you say sometimes the left in your words seems to pretend not to understand. It's an interesting book to come out on Veterans Day.

All the best with it sir, it's a pleasure to meet you. Thanks for coming on.

MAMET: Thanks for the time. I appreciate it.

KELLY: All right, see you soon. "Three War Stories" is the book.