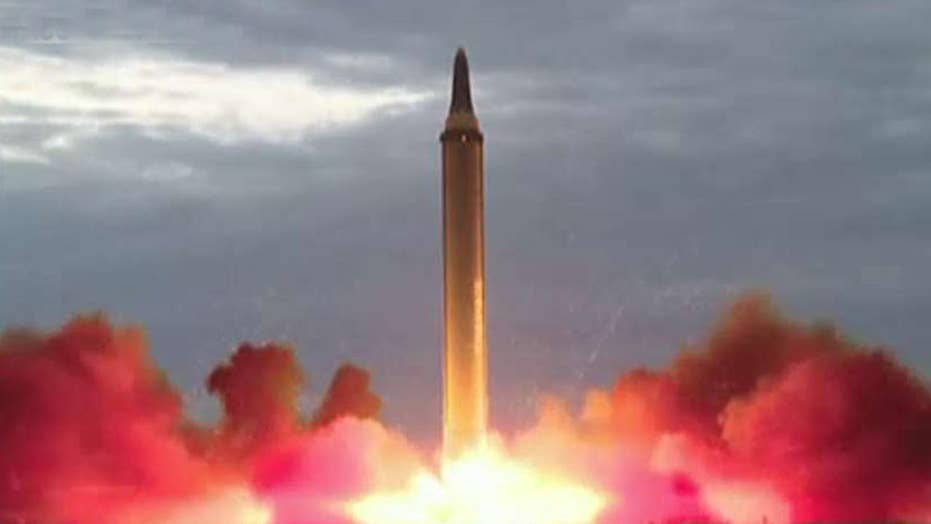 Is pressuring China the answer to stopping North Korea?

Rogue regime threatens to reduce the U.S. to ashes, darkness

Jason Chaffetz: Look, we've done what, eight or nine sessions of sanctions? I don't think those are going to work. If they were going to work, we should have done the maximum a long time ago, and I also don't think Kim Jong-Un cares about his people. We have a lot of military might, but it's only China and Russia that can put pressure on the North Korea regime, but then again, I think our military's going to have to step it up and they may need to have a little more show of force.

Rachel Campos-Duffy: The key is China even more so than Russia. For some reason China doesn't want a regime change and I think it's because they want that buffer of North Korea on their border so that South Korea, which is U.S. friendly, isn't right there or joined up with North Korea in some way.

Juan Williams: I mean, I agree with you, Trish, about the military option. I have yet to talk with a general who says, 'Oh, we can go in there and it's going to be surgical and there won't be any collateral damage.' There is a huge presence of American troops, more than 30,000 there in South Korea, plus, the entire area of South Korea and Japan. These are our allies and there would be consequences to military action.

Jason Chaffetz: One of the problems here is that we should have had tax cuts done a long time ago. I want there to be tax reform because I don't think that tax cuts is enough. That is not what we promised and it’s not what we should deliver.

Juan Williams: When I hear from people on Capitol Hill, they're saying they're not going to do tax reform, which is what congressman Chaffetz was talking about. We're down to the idea of tax cuts, and even on the percentage of tax cuts for corporations and individuals, there's a lot of back and forth right now.

Rachel Campos-Duffy: We're in a deal-making mode. We have to get this deal done and that means we probably have to involve Democrats. So, am I willing to let Zuckerberg pay more in taxes? Yeah, I am.

HILLARY CLINTON LAUNCHING BOOK TOUR, INCLUDING EVENTS COSTING AS MUCH AS $1,500 PER PERSON

Juan Williams: If people want to pay, people will pay. There was a line outside the bookstore here in New York at 5 A.M. for a 12 noon event and the line stretched more than 250 people at 5:00 A.M. So there's a market.

Rachel Campos-Duffy: Well, if there was a line at 5:00 A.M., she clearly has a base of support. The problem is this book tour is hurting her party and it shows that Hillary Clinton is really unfathomable greedy. She doesn't need to do this.

Jason Chaffetz: Hey, you know, as a Republican, just keep going. I hope she runs for president again, that would be the best thing to happen to the Republican Party. Look, her, Nancy Pelosi, Chuck Schumer, as long as those are the leaders of the Democratic Party, things look very good for the Republicans.