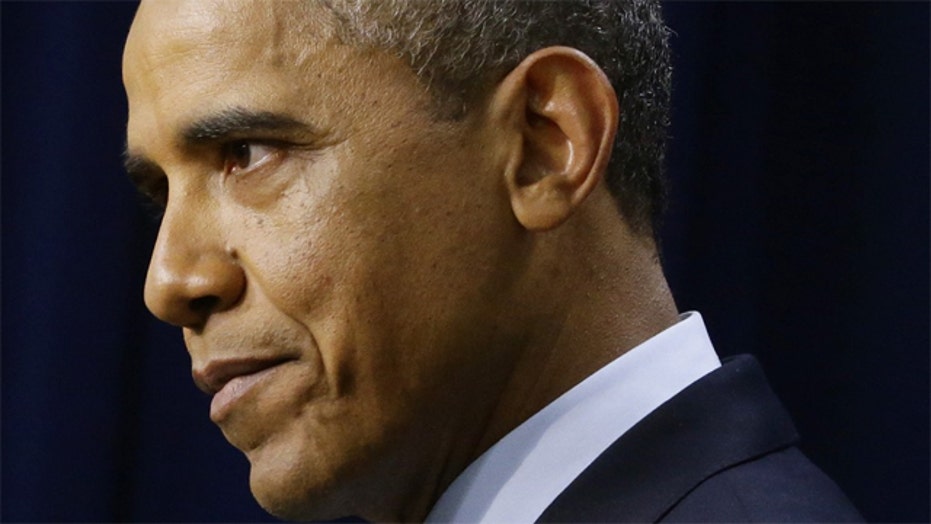 GARY KALTBAUM: My President knows inequality because since he's been in office household median income is down about 5 percent. The problem with this inequality is that he believes the way to fix it is to take from the wealthy and give it to others. It just doesn't work. You need to incentivize people to get to work and to work harder. Instead of putting down the successful and the wealthy, how about putting them on a pedestal and showing people how they got there? He's just doing the opposite.

CHARLIE GASPARINO: I should point out I didn't see the entire speech because I thought it was among the least substantive economic speeches I've seen in a long time. If George Bush was giving this speech, there would be front page stories about what a moron he is. Under Obama, the rich have gotten richer, the poor have gotten poorer, and the inequality gap has grown tremendously. Where are the front page stories about the inequality gap with Obama?

ADAM LASHINSKY: I don't think he's saying it's everybody's fault but his. He's not necessarily saying it's anybody's fault. If you want to use an inflammatory language, we've had a socialist state in this country for decades, since Franklin Roosevelt. We all know that. The question is how to make the government work best, not just how to eliminate it.

DAGEN MCDOWELL: Social security is going to run out of money in 2033 and then you get 75 cents on the dollar thereafter. You look at California; they are awesome at managing a budget and having a sound pension system. What could go wrong, right?

CHARLIE GASPARINO: They're obviously responding to a real problem. People retire broke. That is an issue. Here is the problem with this plan; they're essentially forcing them to save as part of a system that is essentially a Ponzi scheme. It's legal, but the state pension fund systems are under water, too much money goes out, not enough goes in. They're forcing people to be part of a Ponzi scheme that probably can't repay them when they retire.

GARY KALTBAUM: Last time I looked I heard California is in debt to the tune of $800 billion, so let's trust these people. If you notice anything the last few months on a broader scale, there have been trial balloons about taking all of our retirement money, giving it to the government, letting them dole it out to us. I think California is trying to be the trend setter here, but it comes down to two words, "trust" and "lockbox". What happened to the social security lockbox? If you think your money is going to be around, go give it to them. I wouldn't.

ADAM LASHINSKY: Well, we need to remind everybody sort of that we already have a mandatory retirement savings plan, its called social security, which by the way is not going to run out of money, because we'll save it. There are relatively easy fixes. I don't think that a state-run mandatory plan is the best way to go, nor will it succeed politically. A voluntary one is a better idea.

GARY KALTBAUM: I live in the theme park capitol and they do a terrific job with safety. Since the last big study in 2011, there have been 1.7 billion safe rides in the 400 parks in this country. The odds of being injured are 1 in 24 million. The states cover this, the theme parks and cooperation's cover it and they do a wonderful job with safety. There is no need for the federal government to come in.

CHARLIE GASPERINO: Why is Ed Markey getting involved with this? He is a U.S. Senator from Massachusetts, doesn't he have bigger ambitions? He should be thinking about bigger issues. Number one, this is a state's issue. Number two, Six Flags has no incentive to have people dying in their amusement parks.

DAGEN MCDOWELL: It is in the best interest of these parks to keep the people who visit the parks safe. They know that. 33 of the states have agencies that oversee park safety.

ADAM LASHINSKY: We need good regulation. Do we need federal regulation for amusement parks? I don't know. Probably not as long as the state's are doing a good enough job.

STOCKS OUR GANG ARE BUYING NOW