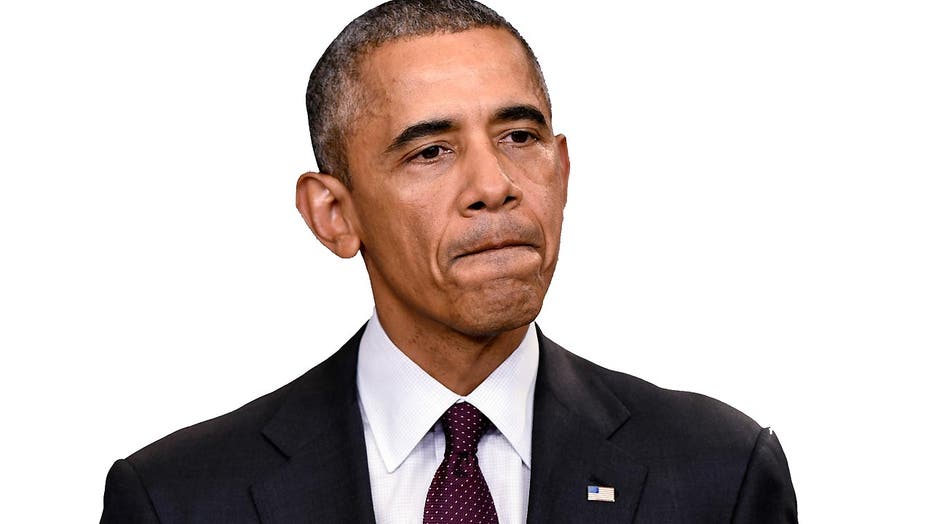 Is President Obama about to change his mind on Afghanistan?

This is a rush transcript from "Special Report," October 14, 2015. This copy may not be in its final form and may be updated.

PRESIDENT BARACK OBAMA: Make no mistake. We do not want to keep our troops in Afghanistan. We seek no military bases there.

As our coalition agreed, by the end of 2014 the Afghans will be fully responsible for the security of their country.

Together with our allies, we will complete our mission there by the end of this year, and America's longest war will finally be over.

Today fewer than 10,000 troops remain on a mission to train and assist the Afghan forces. We will continue to bring them home and reduce our forces further down to an embassy presence by the end of next year.

BRET BAIER: Well, maybe not. There is some change on the way potentially, how many troops are left on the ground in Afghanistan. Here's a piece from the "New York Times." "Those of us who worked with the Afghans over the last decade or more feel we have established a relationship that is of some enduring value" said James Dobbins, the Obama administration's former special representative for Afghanistan and Pakistan. "I can't promise you maintain ago commitment at the current level will ultimately yield a completely peaceful, settled, and stable Afghanistan," he said, "but leaving behind too few you troops would lead to an Afghanistan in complete turmoil. You like Syria?" he said "How would you like to have another one?" There is one assessment. We are back with the panel. Charles?

CHARLES KRAUTHAMMER: Well, he could also have said you like Iraq, how would you like to have another one? Look, I think it's clear that the military is putting a lot of pressure on people who have been there. All of our experts, including you go back to the signatories on this, to Madeleine Albright who isn't exactly a right wing ex-secretary of state, all say that we have to leave a residual force. We know what happened when Obama refused to do the same in Iraq. It's now essentially a colony of Iran and all the other consequences that we know about.

So on this Obama is going to have to relent. What he cares about is his legacy and image. He wanted to be able to say I got us out. But I think he is worried about one thing. If he continues on this path and evacuates when obviously the Afghans are under real pressure from the Taliban and now even from ISIS, we can have a scene like Saigon, 1975, with a storming of the embassy, Americans being airlifted, and a catastrophe. He can't have that happen on his watch. He would rather have if on the next watch. So I think he will be careful about evacuation. I suspect he will keep the troop level where it is.

BAIER: Latest Fox News poll, Mara, President Obama on foreign policy, the president's leadership on foreign policy, weak and indecisive at 52 percent, strong and decisive at 32 percent. We have seen these numbers upside down for a while now. But there are, you know, with Syria, now with Afghanistan, the question is whether 5,000 troops is still too few.

MARA LIASSON: Well, that's a good question, but he is he taking the advice of his military advisors who announced not long ago that they thought that the levels they were talking about were too low and they were recommending a higher level. We are hearing the number 5,000, which would keep it at a kind of steady state. But as much as the president wanted to get out, he doesn't want to leave chaos behind either.

STEVE HAYES: Look. We saw the clip from the president speaking in May of 2015 talking about 10,000. The gains that we have seen Al Qaeda and the Taliban make in Afghanistan have come with that level of force or greater. Why does he think keeping 5,000 as a residual force will weaken them in any appreciable way? I think it's a fool's errand to suggest that.

Beyond that, what I think this tells us about the administration's approach to Afghanistan from the get-go was that it was deeply flawed. You had an administration whose strategy was in effect to separate Al Qaeda and the Taliban, to pretend that the Taliban was somehow gettable, that they were more moderate, that they weren't allied with Al Qaeda. It was wrong. We know it was wrong through documentary evidence. We are seeing it was wrong because we have the new Emir of the Taliban's swearing oath of loyalty to Ayman al-Zawahiri. This was a flawed strategy from the beginning.

And I think what the president is doing by offering to keep 5,000, if that is what the number in fact is, is an attempt at political cover. It's not a real plan. Those aren't real numbers. It's not likely to do any good given what we've seen just over the past couple years.

And we have seen the Taliban moving forward, capturing new territory in Kunduz and other places. Back in a few weeks ago, John McCain was in a hearing talking and asking questions about what the force should be on the ground. Here he is asking about the conditions on the ground.

SEN. JOHN MCCAIN, R, ARIZONA: Do the conditions on the ground warrant a change to the current plan that calls for by the end of 2016 we would be an embassy centric force?

UNIDENTIFIED MALE: Sir, again, based on conditions on the ground, based on the transitions I have talked about, I do believe that we have to it provide our senior leadership options different than the current plan that we are going with, absolutely.

KRAUTHAMMER: We have about 10,000 now. NATO has about 17,000. Obama always wants to split the difference, which I think Steve is right. There won't be enough. They ought to leave the force level where it is.

Remember, this is Obama's war. He said when he came in, he tripled the number of troops. He said we have to win this war. He did the surge, and he obviously never really had his heart in it. Four of the five deaths in the Afghan war have come under Obama as commander in chief. So I think he feels some responsibility and I hope he keeps the current level.

BAIER: He really didn't talk about it a lot during that entire time. That's it for the panel, but stay tuned for a moment you may have missed during the Democratic debate coverage.