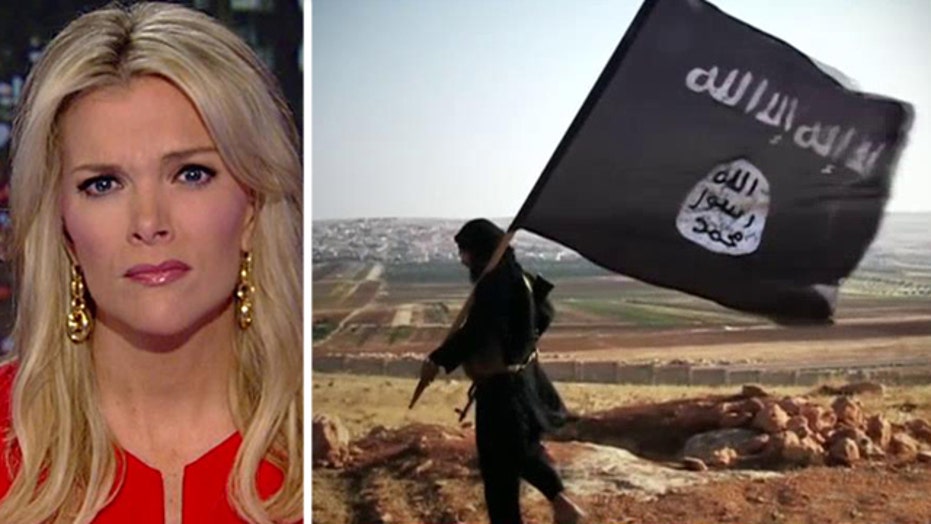 Is Baghdad at risk of falling to ISIS?

This is a rush transcript from "The Kelly File," October 1, 2014. This copy may not be in its final form and may be updated.

MEGYN KELLY, HOST: New details tonight on the terror army known as ISIS and its march toward Baghdad.

There are reports tonight of mortar rounds landing inside the city but we have not yet independently confirmed those. A number of media outlets on the scene are saying that the Islamic State terrorists are no more than five to eight miles from the gates of Iraq's capital. Yesterday at this time, I spoke with the vicar of Baghdad, the only Anglican Church Canon Andrew White, I asked him if he had faith in the soldiers of the Iraqi army who are protecting him and who continue to fight against ISIS.

CANON ANDREW WHITE, VICAR, ST. GEORGE'S CHURCH BAGHDAD: I'm laughing because I said to one of my soldiers today, if ISIS were coming towards you, what would you do? He said," I would take off my uniform." Why are you in the army then? Why are you a soldier? What are you doing? Aren't you protecting us? He said, "No, I'm in it because I need the money."

KELLY: Joining me now Tony Perkins, president of the Family Research Council. He reached out to us after seeing the vicar. And General Jack Keane, chairman for the Institute for the Study of War.  And I'm going to start tonight with Tony. Tony, thank you for being here.

So, the vicar, he's sounding the alarm bells from inside Baghdad.  He started on his Facebook page and then he came on "The Kelly File" last night to expand on his fears. What if anything should we be doing about this?

TONY PERKINS, PRESIDENT, FAMILY RESEARCH COUNCIL: Well, Megyn, unfortunately he began sounding the alarm seven years ago. Nobody's really been listening. And America's about as reliable at this point under this administration as those Iraqi soldiers.

But there is something that can be done because we don't want to see a repeat of the blood bath that we've seen in other parts of Iraq. The United Nations could establish a security corridor that would allow the Christians to escape Baghdad to the south into Kuwait. That's about the only place they could go.

There is a way. The question is, is there an international will to do that?

KELLY: Do you believe that what's happening right now to the Christians inside of Iraq amounts to a genocide?

PERKINS: There's no question about it. Congressman Frank Wolf has raised that issue numerous times. They're systematically being murdered, they're being slaughtered. And the few Christians that are left -- remember there was about 1.5 million before the U.S. invaded in 2003. They're down to maybe 250,000. Who knows how many have been murdered. We may never know. But the reports will continue if we don't do something.

Now, I believe Charles is right. It's questionable whether or not they go into Baghdad, but can we risk it? Can we risk more innocent women and children being beheaded, crucified, raped and sold into slavery when we can do something about it? But this administration has not found the will to do something for Christians.

KELLY: You know, after the holocaust there, if you go to any concentration camp you'll see the signs out there that say never forget in several different languages. Never forget. And a quote from Santayana, "Those who cannot remember the history are forever condemned to repeat it." And if it needed --genocide is happening right now at the hands of ISIS against Christians. But it's not just Christians. But they are indeed a target inside of Baghdad and inside of Iraq tonight and they're waiting there, they're sitting there like sitting ducks, Tony. The question is whether the international community needs to be doing more to actively get them out. I understand the coalition, the bombing, but something to actively get them out.

PERKINS: They have to, Megyn, this is not going to work with just dropping bombs. Over the weekend when he had the dinner honoring Mariam Ibrahim, I spoke with a number of relief organizations that just came back, individuals, that just came back from that region of the country. They said the same thing that the canon said last night. This bombing raids are ineffective. Maybe 20 percent of them are hitting an actual target.

This is very much like the wildfires we fight in the West.  The assets in the air are great, but in order to contain and stop these wildfires, you have got to put firefighters on the ground. The same is true for stopping this spread of radical militant Islamic army. You're going to have to put boots on the ground. There's no way around it.

KELLY: Just a little color for you, the Catholic.org, this group that monitors it, reported that there was no holy communion in one area in northern Iraq for the first time in 2,000 years. They reported that on Monday. No holy communion for the first time in 2,000 years. That's the scope of what ISIS has achieved in Iraq. And yet, Tony, the administration hasn't intervened. They've been bombing Iraq. They've been bombing Syria.  They offered humanitarian assistance when the Yazidis were up on the mountain. They have not been silent. They haven't been idle. They've done some things. But this is a complex problem.

PERKINS: They have not done nearly enough. We have not done what we can do. As you mentioned the humanitarian effort there is still folks that are suffering in the northern part. And the humanitarian -- the mass -- the size of the humanitarian crisis is yet to be seen. America should pull together the international community through the United Nations and work to allow these Christians to escape before they're murdered by ISIS.

KELLY: He sounded like a sitting duck when he talked to us last night. Tony, thank you for being here. And we'll be checking back in with Canon White tomorrow night.

Well, General Jack Keane is the chairman of the Institute for the Study of War, former vice chief of staff of the Army, he joins me now.

General, is it possible? I mean, I realize activity is increasing around Baghdad or outside of Baghdad. Is it possible that these terrorists could seize Baghdad?

GENERAL JACK KEANE (RET), CHAIRMAN, INSTITUTE FOR THE STUDY OF WAR:  No. It's highly unlikely. They don't have the combat power to seize a city of that magnitude. And there's thousands of Shia, they will fight --

KELLY: Backed by Iran. That's what Charles was saying Iran will not let Baghdad fall.

KEANE: But what they can do is, they can mortar it, they're conducting vehicle born IED against targets inside Baghdad, they did this for a year before they conducted a conventional attack against Mosul.

KELLY: Now, we saw how that ended.

KEANE: But to sustain mortar attacks, to sustain IED attacks takes infrastructure to do that. I don't think they can keep that up for very long. But nonetheless, anything dealing with the green zone psychologically --

KELLY: The green zone is where our embassy is.

KEANE: And where the government of Iraq is.

KELLY: The government of Iraq is --

KEANE: The government of Iraq is, U.S. embassies, some other embassies are there. So, fairly large area quite frankly. So, reaching with a mortar is not all that difficult.

They can also I think put together a demonstration attack that would move in at night and early in the morning, run against the green zone with vehicle-born IEDs, mortars and actually a ground assault. Most of those people would be killed.

KELLY: What should we be doing, General? I mean, does Iran have the troops there now, I mean, how quickly can it happen, because they're six miles outside of the capital city where the vicar is sitting right now with this guard telling them, they're getting ready to cut and run.

KEANE: But that's not a sizable force. The fact of the matter is, to deal with something in Baghdad from a military perspective where they could seize something and force the government to topple, that would take a significant force. That capability is not there. No one looking at this believes that ISIS can seize Baghdad.

But listen, they can cause lots of trouble. The thing that has not happened, Megyn, that we want to have happen, is the air campaign. What we want to do with the air campaign is take ISIS' freedom of movement away and take their initiative away for them to be able to attack at will. They're attacking in three different places right now around Baghdad. And they're attacking in two different places in Syria. So obviously the air campaign, while it's progressing, has not accomplished what it's intended to do.

KELLY: And we heard the Canon talking about that as well last night saying, he believes some civilians have been hit by these air strikes. But he doesn't see them taking out the bad guys. Why would that be?

KEANE: Well, the fact of the matter is, if you're talking to central command, who's overseeing the prosecution of the war, they believe the rules of engagement are too restrictive. And therefore they're not able to go against some of the targets that they believe they can hit.

KEANE: Right. But we're being overly restrictive and overly controlling about that. That's principally coming out of the White House generated to the Pentagon as a general policy. And then they put that into what they can hit and what they can't hit.

KELLY: Last question, do you believe Tony's suggestion is possible?  Is there any sort of escape route that we can establish to get the folks who are in danger out?

KEANE: Well, yes. If we wanted to do that, we would do that. But the U.N.'s not going to do that.

KELLY: Yes, the U.N. You know you're in trouble when you're looking to them for help.

KEANE: If the United States wanted to conduct a humanitarian relief operation to move people to Kuwait, if that's what they truly wanted to do, certainly we could do that.

KELLY: Yes. I mean, Kuwait is no grand place either. They also persecute Christians there, but it's nothing like what we see with ISIS.

General, good to see you.

KEANE: Good to talk to you, Megyn.