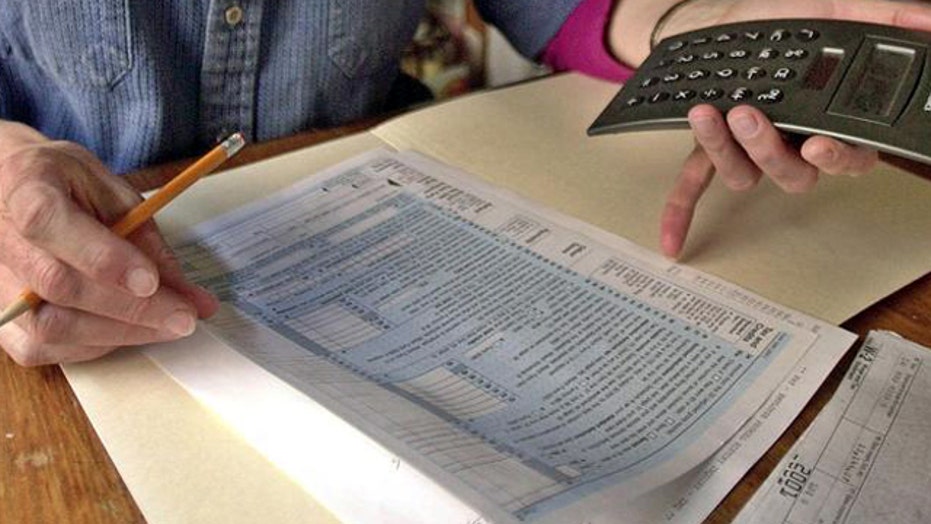 J. Christian Adams on why the feds are targeting innocent Americans

This is a rush transcript from "The Kelly File," April 11, 2014. This copy may not be in its final form and may be updated.

MEGYN KELLY, HOST: Well, new details tonight on why some 400,000 Americans may see their IRS refund checks grabbed by the government. Back in 2011, Congress lifted the 10-year statute of limitations, statute of limitations on money owed to Uncle Sam. Oh, they did it so quietly and now people are paying the bills. So now debts going back decades are considered fair game for the tax man.

You got to explain this. J. Christian Adams with me, he's a former Justice Department attorney and legal editor of PJ Media. This is unbelievable, Chris. It's not -- OK, it's one thing if they find out when I'm in college I missed the payment, right? I didn't pay what I owed the feds. It's not that. It could be my mom, my dad, my grandpa. They are coming after children, like the distant relatives of people who may or may not have paid their bills and they're taking it out of our refunds?

J. CHRISTIAN ADAMS, FORMER JUSTICE DEPARTMENT ATTORNEY: Yes. Imagine it, Megyn, you're sitting at home, you're wondering where your tax refund is, you go to the mailbox and you get a letter from the IRS, and it says 40 years ago, your parents got a disability payment that we happen to over pay. So this is all the government's fault in the first place. We paid your parents too much, so now we're taking it out of your tax refund.

So this is a crazy situation where the government messed up, now they are abusing taxpayers who had nothing to do with it for something that was 40 years old. The government doesn't even have the original records. They just sort of have a line item that says, they owe us some money so we are taking it.

ADAMS: They can't even produce your original records.

KELLY: So how are you supposed to defend yourself against the Fed and prove that they didn't over pay your mom or your dad?

ADAMS: Yes. The deck is stacked against you. First of all, it's the government but second, you can't defend yourself. You have no way of proving it because you didn't even know what happened. You were a child. Some of these debts are from the early 1970s, the 1960s, you didn't even know that your parents got a disability check and suddenly, you get a bill. You don't get your tax refund. So there is no way to defend it. It's a classic abuse by Washington, D.C. of regular Americans who don't know how to do anything about it.

KELLY: Right, and then the people, this happened to so far are complaining, they are suing saying this is not legal, but they're complaining that they feel that now there is been retaliation against them. That, you know, can you imagine if you start a fight with the Feds over where your refund is and they're claiming this, how long it's going to take you to get it and how many legal fees you're going to have to pay in order to fight that fight?

And some of these dollar amounts are a couple hundreds of dollars. So we're not talking about earth-shattering figures, and we don't even know why this law got repealed. That's a really interesting story --

KELLY: Because there used to be a ten-year cut off and bring you such a claim but whoops, they got rid of that.

ADAMS: And that's why you have t10-year cut offs because you lose records, can't prove anything. But they got rid of this cut-off in Congress. Congress says, oh, it wasn't us, it was the Obama administration. The Obama administration says it wasn't us, it was Congress. And so nobody even knows who's responsible for it. But what it does mean is the people aren't getting the refunds because of an abusive stupid federal government that doesn't even know how to do its own business.

KELLY: You know, what? At this point, OK, let's find out who was responsible, let's continue pursuing that. But that's no excuse. The administration should say, OK, we don't know who did it. Maybe it was us, maybe it was Congress. We're going to stop it. We're not going to make -- there is a story in the Washington Post that broke the story, 1960 little Greiss, Mary Greiss (ph), she was four. Her father died, left her mother with five children. Now all these years later, Social Security claims it over paid someone in her family, it's not sure who, back in 1977, and after 37 years of silence, they are going after her and she is suing. But the problem is the government now needs to look at Miss Greiss and say, you know what? Never mind, this is ridiculous. Odds of that happening?

ADAMS: Zero. Because she owes money, and the government will come after her.

Look, this is an administration that loves to suspend laws when they are inconvenient and not enforce certain laws, let's see if they do it here.

KELLY: Can you imagine how ticked off you would be if that happened?