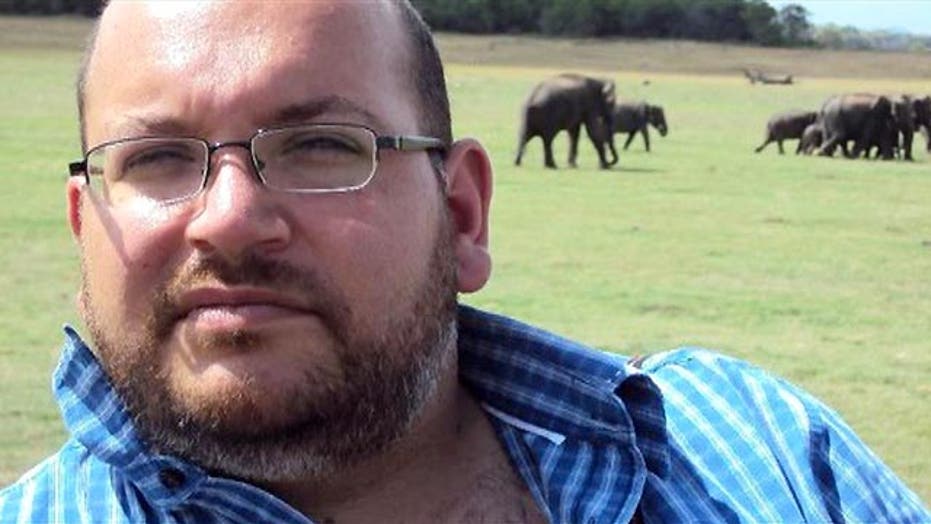 Jason Rezaian's trial set to begin next Tuesday in Iran and his family welcomes chance for world to see ridiculousness of charges. #FreeJason

This is a rush transcript from "On the Record," May 19, 2015. This copy may not be in its final form and may be updated.

Joining us, the imprisoned journalist's brother, Ali Rezaian. Ali, terrible news for your family. You want news that he is being released, but your thoughts upon hearing your brothers going to trial there?

ALI REZAIAN, BROTHER OF U.S. JOURNALIST JAILED IN IRAN: We are glad that it's actually coming along at this point and out of limbo. I think this gives us an opportunity to show that he is innocent. That's what he wants. If they are not going to let him out -- a public trial that shows that they really have no evidence against him for these charges is what we really want and want it as quickly as possible.

VAN SUSTEREN: This is not a public trial though, right? This is not the trials like we are accustomed to seeing. We have seen other Americans, "go to trial." Amir Hekmati went to trial. These trials are frankly, they have not been good news.

REZAIAN: You know, this is -- it's completely discretion of the judge. The judge can make it a public trial and let us see what is going on or else he can close the doors. At this point, you know, we are hoping that the trial will be public. We are hoping that Jason's boss from the post has already put in and asked to be able to go and get a visa, as well as my mom. We don't know if my mom is going to be able to go and see the trial. That's what we have been asking for weeks.

VAN SUSTEREN: Is your brother in the same prison that Pastor Abedini and Amir Hekmati, our marine is held in?

REZAIAN: I believe so. I know he is in the same jail as Hekmati. I'm not sure if Abedini is in Evan as well. He is held in separate areas.

VAN SUSTEREN: Has your brother gotten a phone call out recently?

REZAIAN: No. My mom did go to Iran last week and after about five days she was able to go and see him. But he hasn't been able to make any outgoing calls out of the country at all. They have prevented him from doing that.