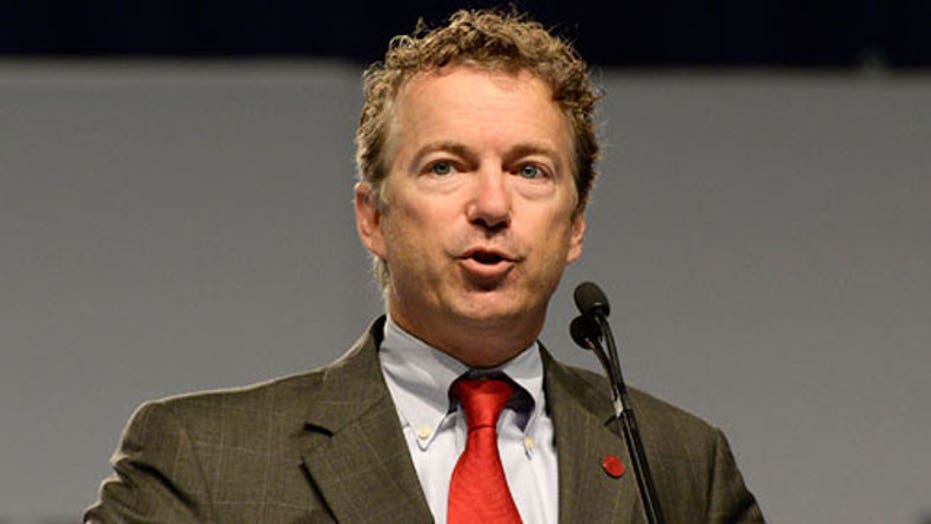 This is a rush transcript from "Hannity," May 20, 2015. This copy may not be in its final form and may be updated.

SEAN HANNITY, HOST: Joining me now with more reaction, Congressman Raul Labrador. He is the Western co-chair of Rand Paul for President.

I think Karl does make a number of good points. I am concerned about civil liberties, national security, data mining to the extent that it's been reported has been happening. But as it relates to title 1, military being brought in, Posse Comitatus wouldn't let that happen, the wall of separation certainly needed to be fixed. What's your reaction to what he said?

REP. RAUL LABRADOR, R-IDAHO: Well, he's making some good points, but remember that what Rand is talking about tonight is section 215.

LABRADOR: When section 215 went into place, the members of the Judiciary Committee and the members of the Intelligence Committee were told that there was going to be no bulk gathering of data. They were told that this would never happen. In fact, Jim Sensenbrenner, who one of the chief co-sponsors of the Patriot Act, was told directly by the intelligence community that this would never happen.

We are all for the security of the United States. I want the government to go after the bad guys...

HANNITY: Let me just -- because I'm running out of time -- if you got rid of section 215, you know, which was the legal basis that was used for the collection of Americans' phone data, which I remember during the time, we were told was not going to happen...

HANNITY: ... that this -- it had to be somebody outside of the country that was a suspect communicating with somebody inside the country.  So if you fix that, would that get you to where you need to be?

LABRADOR: Well, that's (ph) fixes (ph) 215. We can fix 215. There's other areas of the Patriot Act that we need to fix. But what Rand is doing tonight -- he's filibustering on the issue of 215, which is what the Freedom Act talks about.

LABRADOR: I -- we need to fix that information. The second circuit just ruled that it was illegal for the government to actually collect this data. And we need to make sure that we protect the safety and security of the United States. That's what we want to do as members of Congress.

HANNITY: Congressman, good argument on both sides. Thank you both for being with us.