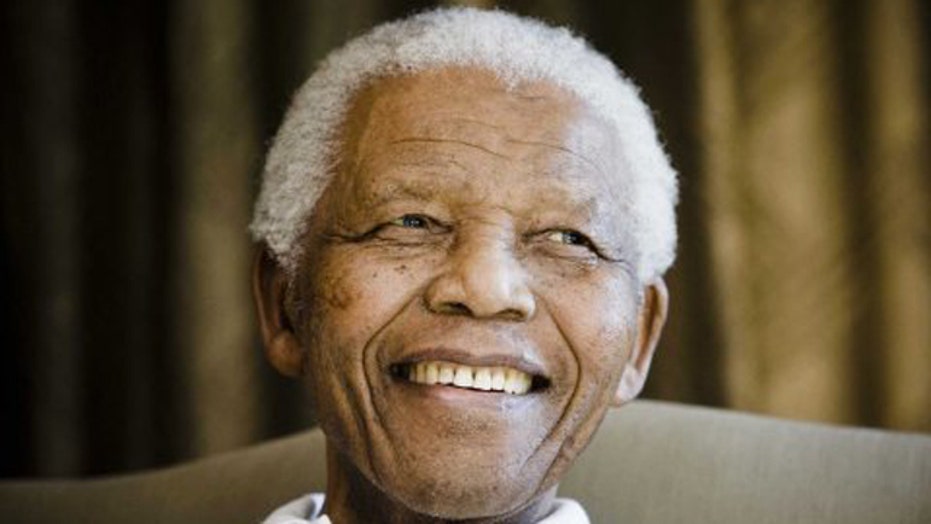 This is a rush transcript from "The Kelly File," December 5, 2013. This copy may not be in its final form and may be updated.

MEGYN KELLY, HOST: When Nelson Mandela left that prison, Fox News political analyst Juan Williams was in South Africa and ended up spending days at the Mandela home. Juan, great to see you. What an extraordinary experience it must have been for you. Your thoughts on his passing tonight?

JUAN WILLIAMS, FOX NEWS POLITICAL ANALYST: Well, I think he's one of the greats of, you know, certainly the 20th century, Megyn. I don't think there is any question when people think about sort of iconic figures that transcend global understanding of freedom's struggle and inspire people no matter where they're from, no matter their race, their religion. Nelson Mandela's name will be among them. I was just awed by this guy, you know, but the funny thing, Megyn, is that in person he was more curious about the United States, about the civil rights movement in this country than he was interested in talking about himself. And again, I think that's evidence of what a curious mind is, what an open-minded person Nelson Mandela was.

KELLY: He got out of prison in 1990, well after the civil rights movement, you know, had undertaken in earnest in this country. But he was fascinated by it. Do you think he learned from it?

On the other hand, you look at South Africa where you have a majority black population, no constitution, no rights. And so, he was curious about exactly how did that black American minority manage to get rights and freedoms? And that's what strikes me at this moment. Remember, he was a trained lawyer. So, he has an appreciation for the Founding Fathers. He has an appreciation at the time when I was talking to him for people like Thurgood Marshall. How was a black person -- end up on the Supreme Court when there's a white majority? He was curious about Ronald Reagan, Ronald Reagan had sent a black ambassador to South Africa, Edward Perkins. And he knew that Ronald Reagan was oftentimes fighting with people in the Congress over the use of what was called constructive engagement to put pressure on this South African government. He just was fascinated, he knew that Teddy Kennedy was going to be a supporter of ending sanctions of overriding anything that Reagan did. When he was surprised that Bob Dole, a Republican white senator from Kansas, was like a huge supporter of the anti-apartheid movement, and then of course curious that Edward Perkins, Reagan's man in South Africa, shows up and begins pushing the South African government for his freedom.

So, he's curious about exactly how does American politics work? You guys are doing things that are so curious to me, is the way he would put it.

KELLY: I know you feel that one of the biggest memories you have of him is his capacity to forgive. And you've written a piece just posted on Fox News.com, "it would have been so easy to hate."

WILLIAMS: There is no question. Let me just tell you something. You know, he's a guy that made friends of the white prison guards. When he got out, you know, he was greeting people left and right. Black and white. Colored. Everybody. He stopped in the home, in fact, of a white couple who greet him and they don't -- they weren't expecting anybody but it's Nelson Mandela freshly out of prison stopping because he was just overwhelmed by what was going on. But that gives you a sense.

Megyn, you know, it's human nature to be somewhat angry and bitter after 27 years in jail, breaking rocks. Here comes Nelson Mandela. And this is what makes him so astonishing as a human being, as a man, is he just didn't have it. I mean, he never had it in him. You know, when he back and was sentenced to jail, you mentioned in your opening, he was sentenced in 1964 to life plus five years, he stands up and says, yes, I'm for using violence to overthrow the government. But I'm not standing here for black domination or white domination. I am for racial harmony. Imagine that.

KELLY: Imagine that. Juan, thank you so much.