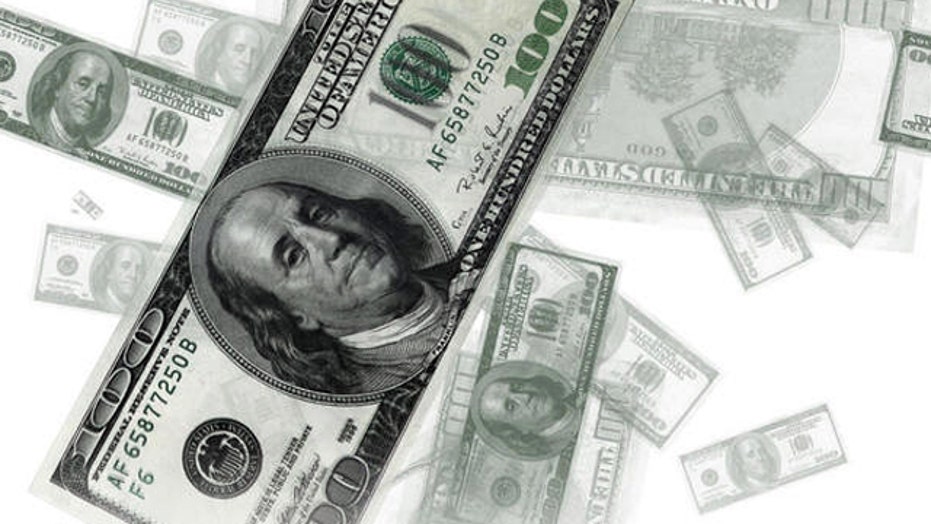 TODD SCHOENBERGER: Every 18 months we're going through an economic crisis and here we have another one that's brewing regarding the debt ceiling. I say, "Let's get rid of it!" I'm all for smaller government, but this economy right now still remains fragile. You can't have the American consumer having to worry about going through all the rigmarole in Washington all over again. That hits sentiment, consumer ratings and we don't need that right now. I'm all for smaller government, but let's just get rid of it and be done with it.

JONAS MAX FERRIS: Ultimately, worse than raising the debt ceiling is having a default and crisis. If the government gets their debt rating lowered again to the point where they can't borrow low rates, it means that all mortgages tied to the government's borrowing rate would go up and kill the whole housing comeback which is just getting going. We don't need a manufacturer crisis. It would be great to control the debt ceiling, but as you can see through history and the examples given - it doesn't work at all. It becomes a political football of the other party not in power who decides that this is important all of a sudden. It's time to get rid of it and build something that does control the deficit properly and not arbitrary.

TOBIN SMITH: There are only two countries in the world - the United States and Sweden who have a debt ceiling. People have gotten rid of it because of what Jonas was saying. It becomes political. The second issue is I don't want our economy held hostage and run by Washington. Right now the buffoons in Congress have more power over the economy with this stupid idea. If we give them this type of power then we will hurt ourselves.

STEVE MURPHY: We do have a budget but our budgets aren't being passed or adopted. There is a complete budget process. Anything that keeps the focus on reducing debt and the deficit in my mind is a good thing. Getting rid of the debt limit is simply papering over the real uncertainty which is American consumers and investors who don't know if and when Washington will ever adopt a sensible fiscal policy. I wish we had this come up every month.

GARY B. SMITH: This is how every family operates. They don't go out and make plans that they're going to go out and build a new addition to the house, or say, "Oh, we don't have any money to pay for it. Let's just borrow more." I think Steve is right. This should be a regular conversation because as he points out - we have not had a budget passed by the Senate for the past four or five years. For crying out loud, there has to be some sort of second balance. As Jonas says, "Let's get rid of it," let's just get rid of everything and spend whatever we have out there so we can stimulate the economy. All of that spending hasn't worked and it's buried us in a deep hole. We need to pay attention to this stuff.

TOBIN SMITH: I would trust Chipotle more than I would trust the government. You have to look at the two parts here. One, we have the payroll tax that is now taking out two percent per month. That's forty bucks a month out of a paycheck, but this is nothing compared to what you're seeing at airlines and certainly with Obamacare and the big price spikes in premiums. That has to come out of paychecks too. All of a sudden it's not forty or fifty bucks - now it's eighty, ninety & hundred per spending week. That is a big number.

GARY B. SMITH: I think the number is accurate to be honest with you. I can understand why people think that inflation is sky rocketing because the thing you see the most is gasoline and food because when you go to the supermarket it is up close to two percent. They forget two things. That's not their entire budget. The average budget of a household for gasoline is about five percent of their total budget. Then they forget about the things they don't see and just pay the bills. Electricity is down, used cars are down and beverage prices are down. I chose to believe the government.

JONAS MAX FERRIS: There are people who get hurt by even relatively low inflation. If you are living off of safe investment returns like bonds, CDs and bank yields - that is a product that is yielding below inflation right now. If you are a working person then you are probably seeing your wages growing a little faster than inflation. So to you it is wonderful in some ways. I will say that young people who don't have jobs and don't see their wages go up or who are not on Social Security because they are so young and are not getting inflation adjustments - they're hurting right now because that two percent increase is a lot.

STEVE MURPHY: Rising prices aren't the real problem because it's relatively small. The inflation problem is wages. Wages over the last generation have gone down in real terms. We need to see higher wages and then the two percent inflation on the price side would be no problem what so ever.

TODD SCHOENBERGER: We'll have inflation eventually. Probably about five years from now after the current administration leaves office. We could be looking at rates from seven to ten percent realistically. Right now Steve is right. It's all about your wages. There is a perception that there is inflation out there, but it is tame. It's only because you're not earning enough of money.

JONAS MAX FERRIS: This should have never been taken over by the government. They've done a poor job on numerous things. They still haven't figured out the ID system we're supposed to be using to get on the plane. This particularly is an example of why you wouldn't want the government running this program because if these scanners work - the fact that people don't like other people looking at their privates should be completely irrelevant. If the consortium of airlines ran it through private companies then who do you complain to? Now you have Congress involved and they start decreeing that it has to be, "less privacy inducing" or whatever because they have to get elected and then that's the end of it.

GARY B. SMITH: I'm shocked that the government has screwed up a part of how we operate our daily lives. It's inconceivable to me, but I agree with Jonas. This should be privatized. All you have to do is look at the greatest invention that works great without government intervention - the Internet. We have things like PayPal and eBay and we can bank online all without the government and it works perfectly.

TODD SCHOENBERGER: What did the government do here? What have they done wrong? It's a little inconvenient? I'm sorry that we haven't seen a plane hijacked in over eleven years now. Let's put it out there guys. You fire at them when something dramatic happens. Not because of inconvenience or that you're seen in the nude. It doesn't matter.

TOBIN SMITH: In Israel you can go through Tel Aviv - it is run by the government & they have no hijackings. They use technology to help people get through and their paid on that.