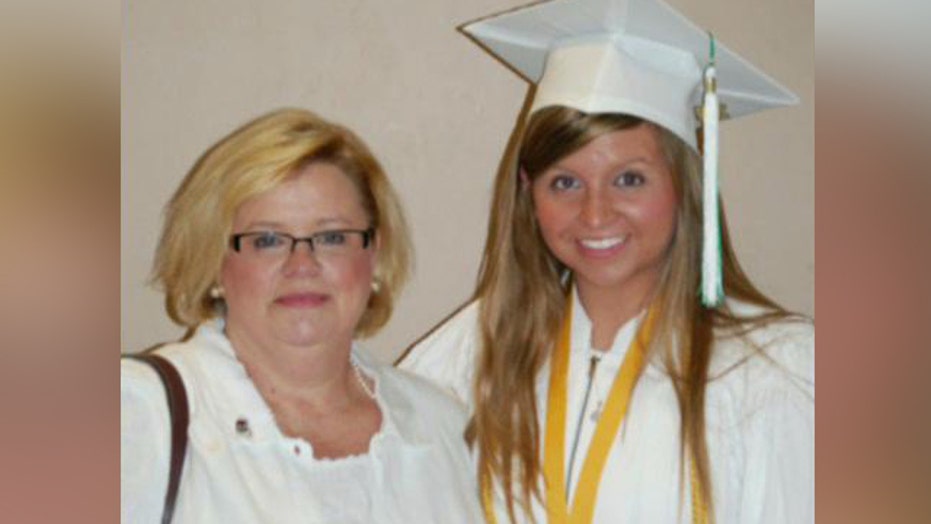 How a spoiled teen avoids jail time after killing 4 people

Man who lost wife, daughter in accident hoped for a different outcome

This is a rush transcript from "The Kelly File," December 12, 2013. This copy may not be in its final form and may be updated.

Eric Boyles joins me now. He's the father and the husband of those lovely ladies that you saw there, Holly and Shelby. Sir, first of all, we are so sorry for your awful loss and I know this must be --

BOYLES: Thank you, Martha. Thank you.

MARTHA MACCALLUM, HOST: So, you went through this process. You're in juvenile court. You say you knew that was where you were and you expected that that would have some impact. What kind of sentence did you expect he would receive?

BOYLES: You know, in talking with the district attorneys ahead of time we kind of knew what the options were. We knew that the maximum sentence was a 20-year sentence which, in the juvenile system meant that Ethan would be eligible for parole in two years. And while recognizing that that's, you know, kind of the circumstances we were dealing with, you know, I wasn't really happy with those circumstances. You look at 180 years of future life taking from the four individuals. You look at Mr.

Molina who is, you know, lying in his bed, basically paralyzed.

And so you sit and you think, you know, even a two-year sentence before he's eligible for parole, you know, didn't exactly seem fair under those circumstances. And you know, as we went through the court process, you know, basically the defense, Ethan stipulated to the evidence, the facts of the evidence stipulated that he was the driver of the car, there was no doubt in those estimates. And you would think based on the outcome that maybe somehow the prosecutors blew this thing and that just couldn't be further from the truth. There is no doubt that the victim's family thought that the prosecutors did an outstanding job until I heard this term affluenza, I certainly had no idea that it would have the impact in there on the lack of sentence.

MACCALLUM: Yes. I want to get to that. And as you point out, he was three times the legal limit. He's 16 years old now. Now, he hit and killed four people who had pulled over to fix the car in the side. Your wife, your daughter went out to help, their friend and then a pastor was also there. Plowed into all four of them.

MACCALLUM: And took their lives, also injured some of the other kids who were in the back of the pickup truck with him as you have pointed out.

But I want to get to this issue of affluenza. Because I think folks at home are probably saying, what the heck could that possibly be and how could it be a defense here? Let's play a little bit of the defense

BROWN: We applaud Judge Boyd for having the courage to issue this sentence that's going to give Ethan Couch a chance to develop into a productive citizen and try to make amends for his actions.

I do believe -- we used to call these people spoiled brats. I wish I hadn't used that term. Everyone seems too hooked onto it. I think we all suffer from affluenza, not all of us, about 80 percent.

MACCALLUM: All right. So, if people at home are having, you know, trouble kind of figuring out, what was this means? Basically the judge agreed that this young man, you know, was raised in an affluent family, that they had basically caught -- on everything he ever do that he had no understanding whatsoever of boundaries. That he's simply as a human being did not know what boundaries were with, he didn't know right from wrong. I mean, it seems on the face of it ridiculous.

BOYLES: Well, you know, and of course that was the defense counsel. That's what they put on. You know, we are sitting there and, you know, at least understanding they have to put some form of defense together. And what else could you do? What else could you say? So, we are sitting there and when we get to the point when, you know, both sides have rested and closing arguments have been made. And as the judge sits there and she's beginning her deliberation and she didn't leave the bench.

You know, as soon as they rested there were minutes of silence as she sat there and deliberated. And as she began some of her opening remarks, she made several comments that no matter what her verdict was that in essence that nothing would ever bring the victims back. And of course we knew that. We understood that. She also then went in the direction that, Ethan, you are responsible. This is not your parents. Ethan, you are responsible. So, at that point I'm sitting there thinking, OK.

MACCALLUM: She's about to give it to him, right?

BOYLES: This is the way it's supposed to go, absolutely. And then the next thing that comes out is that probated sentence, 10 years probated sentence. And that there would be further discussion, further approval with the court with regards to some level of rehab center which I'm sure most of the viewers have probably seen. Which is, you know, it's kind of like a country club type of environment.

MACCALLUM: You know, the great irony here is that the judge basically determined that yes, this child had no boundaries. And so the judge decided not to put any boundaries on him either. And he will not learn a lesson from this because he is out with ten years probation. We're about to get caught of here sir. And I do appreciate you being here. We're going to follow this story throughout. And thank you very much for being here tonight.